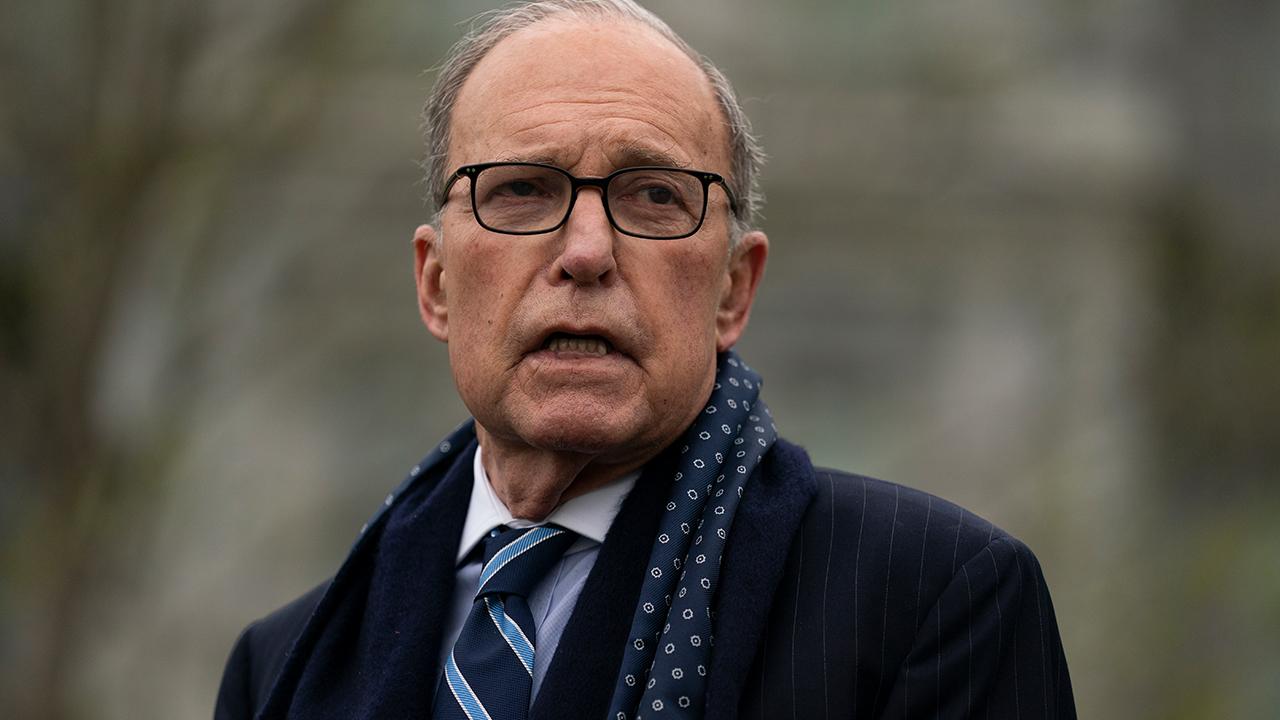 Kudlow: US must crack down on Chinese companies

The Trump administration is exploring ways to crack down on fraud by Chinese companies listed on U.S. exchanges as tension increases between the two countries over the COVID-19 pandemic.

Hundreds of Chinese firms not subject to the same investor protections as U.S. firms have listed on American stock exchanges over the past decade, resulting in billions of dollars of investor losses, administration officials say.

“We have learned that Chinese companies are not transparent,ȁD; Larry Kudlow, director of the National Economic Council, told FOX Business’ Maria Bartiromo on Tuesday. “A lot of these companies, by the way, have already had scandals and cost investors a lot of money.”

There were 156 Chinese companies listed on U.S. Exchanges worth $1.2 trillion as of Feb. 25, 2019, according to the U.S.-China Economic and Security Review Commission.

Chinese companies listed in the U.S. and elsewhere outside mainland China are exclusively subject to the jurisdiction of the China Securities Regulatory Commission and, as a matter of course, prohibited from cooperating with investigations by foreign regulators.

That includes examinations by the Public Company Accounting Oversight Board, a nonprofit created by Congress to oversee audits of publicly-traded businesses after high-profile accounting scandals at firms from Enron to WorldCom in the early 2000s.

Carson Block, short-seller and founder of Muddy Waters Research, has been studying the space for 10 years and believes the “substantial majority of companies” from mainland China listed on U.S. exchanges are “committing some degree of fraud.”

Block said a Chinese company that makes up 20 percent to 30 percent of its revenue through fraud is “considered a real company.” Most “wouldn’t have been able to raise venture capital without the ability and willingness to commit fraud," he added.

“The problem here is that if you’re a PRC national, then you have nothing to lose by trying to defraud U.S. investors,” Block told FOX Business. “If it works out well, you'll make tens, hundreds of millions of dollars. And if it doesn't work well, you know, there's nothing they can do to you.”

NASDAQ INFORMS LUCKIN COFFEE IT MUST DELIST AFTER FRAUD BOMBSHELL

Consequences for cases involving such companies in the U.S. are rare. Dickson Lee, former CEO of Seattle-based coal mining company L&L Energy, which had all of its operations in China and Taiwan, pleaded guilty in 2014 to securities fraud after falsely stating revenues.

And Chinese beverage-chain Luckin Coffee, which listed in May 2019, received a delisting notice from Nasdaq on Tuesday after an internal investigation conducted last month showed its chief operating officer and other employees fabricated sales. The company reported in November that net revenue spiked 540 percent from a year earlier to $215.7 million.

Countries that prohibit inspection by auditors should not be allowed to list on U.S. exchanges, Block said, and should also have foreign private-issuer status, which gives firms lower disclosure thresholds, revoked.

The proposals include measures that would limit initial public offerings to firms that raise at least $25 million and require additional criteria for companies from countries that have secrecy laws or restrict regulators’ access to information.

President Trump, meanwhile, told Bartiromo in an interview that aired on Thursday that the U.S. was looking “very strongly” at requiring Chinese companies listed in the U.S. to follow standard accounting practices. However, he noted that doing so would cause the companies to move to London or Hong Kong.

The president's comments reflect growing frustration with Beijing, which he and his Congressional allies have blamed for failing to prevent the COVID-19 pandemic, which has devastated a strong U.S. economy that would have been a pivotal selling point in his re-election campaign.

Some U.S. companies have been caught in the middle of the conflict.

U.S. Rep. Martha McSally, an Arizona Republican, pressed Federal Reserve Chairman Jerome Powell on Tuesday on the central bank's selection of the asset management giant BlackRock to act as its agent in securities purchases designed to counter fallout from the coronavirus.

BlackRock, she said during a digital Senate Banking Committee hearing, has invested heavily in China and inquired whether any steps had been taken to ensure that fees from the Fed wouldn't be used to expand BlackRock's China holdings.

Stocks in this Article

"Communist China should not be profiting off unleashing this calamity on the world, and that's something that should unite all Americans," McSally said.

Furthering policy objectives other than the economic ones in its Congressional mandate, however, is beyond the central bank's purview, Powell responded. BlackRock was chosen because it's active in the markets where the Fed is investing and the purchases needed to be started quickly in order to protect the U.S. economy as much as possible, he added.

"What we're trying to do is create conditions where U.S. workers can keep their jobs or return to them," he said. "We have a laser focus on that."

Block, meanwhile, said losing listings of Chinese companies unwilling to comply with U.S laws “would be a good thing” as American retail investors, who are the most likely to suffer losses in such companies, would be “much less likely to invest” if they’re traded overseas

“My motto with Chinese companies is that if it's too good to be true, it normally is,” Andrew Left, short-seller and executive editor at Citron Research, told FOX Business.

“You can’t throw the baby out with the bathwater,” he added, noting that Chinese firms Alibaba and JD.com are “great companies” that will grow over time.

Left said the reason why Alibaba hasn’t seen the same growth as Amazon is that investors remain skeptical of the numbers, and that it’s very important the company and others do secondary listings in Hong Kong or elsewhere to assuage investor concerns.