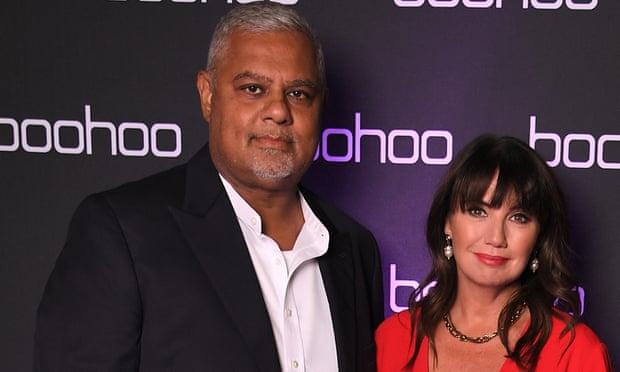 A 10-minute home saliva test for coronavirus is under development in a deal struck between the billionaire co-founder of online fashion brand BooHoo and a Cambridge-based firm.

The antigen test, which would be available to buy, will look similar to a pregnancy test but will use a saliva sample rather than urine, and is designed to give a result within 10 minutes.

Current NHS home test kits rely on swabbing the tonsils and nostrils, which can be uncomfortable. A recent study published by the not-for-profit research group medRxiv, which is backed by Yale University, found that saliva was more sensitive for detection of the virus in Covid-19 patients than nasal swabs.

The test kit is still in development and needs to be approved by regulators, but the company expects it to be available in the UK in July. Regulatory approval will also be sought in the rest of Europe as well as in the US.

On Wednesday, Cambridge-based Avacta signed an exclusive distribution agreement with Medusa19 , a venture set up by Mahmud Kamani, a co-founder of Boohoo, and Richard Hughes, a former non-executive director of the online fashion brand, who are also shareholders in Avacta, to sell the tests to consumers online. Medusa19 will also have non-exclusive rights to supply the tests to businesses for workforce screening.

Alistair Smith, Avacta’s chief executive, said the price of the test would probably be similar to a commercial HIV test, which cost about $30 (£25), but would be lower if health organisations or businesses bought it in bulk. The company said it had had inquiries from firms that wanted to test staff to ensure they are healthy before they return to work.

Avacta is looking for more partners to make the test strip. Smith said millions of tests would be needed each month across the world as countries emerge from lockdown. “The potential size of this market, and the expected demand from businesses for workforce screening, is substantial,” he added.

The Avacta test is believed to be the world’s first rapid saliva-based home test kit. In the US, a saliva-based test developed by Rutgers University’s RUCDR Infinite Biologics firm received emergency approval from the US regulator at the end of April, but the samples have to be sent off to a lab for processing.

Further work by Avacta found that the Affimer reagents it uses block the interaction between the coronavirus’s spike protein and a receptor on human cells to which the virus binds, and may have the potential to prevent infection. The company is looking for a partner to develop an Affimer therapy.

Kamani and Hughes said: “Given this test will be saliva-based, it could be used in airports, offices, factories and in the home environment, providing a result within minutes and with no requirement for medical supervision.”