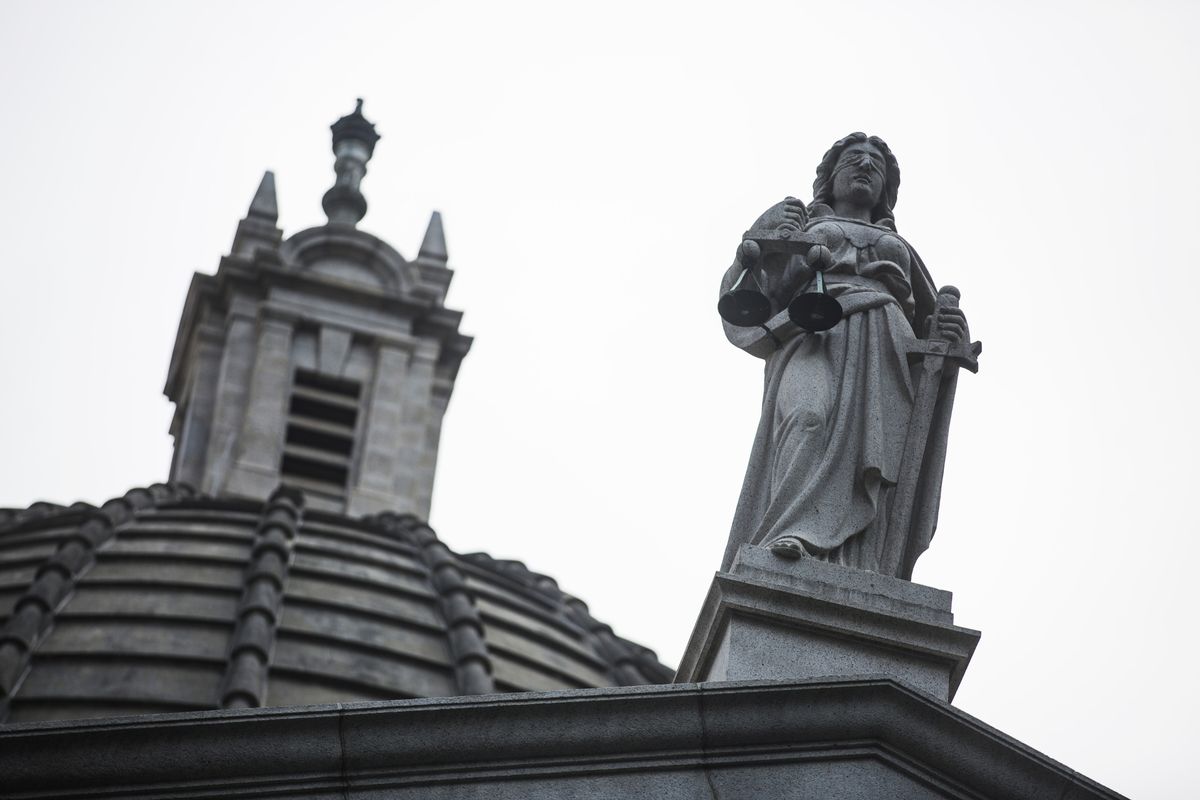 China sought to reassure Hong Kong that its judiciary would remain independent under a new national security law, as concerns grow that the city may lose one of its key selling points for international companies.

“The legislation will not change the one country, two systems policy, Hong Kong’s capitalist system, high degree of autonomy, nor will it change the legal system in Hong Kong SAR, or affect the independent judicial power, including the right of final adjudication exercised by the judiciary in Hong Kong,” Xie Feng, commissioner of China’s Ministry of Foreign Affairs in Hong Kong, said at a briefing Monday.

Still, Xie provided few new details on how the new law would be implemented while addressing journalists and diplomats. Instead he repeated a line that said that protesters breached a red line supporting independence, mischaracterizing a movement that pushed for meaningful elections, an independent review of police abuses and the withdrawal of a bill that would allow extraditions to the mainland for the first time.

China last week stirred outrage in Hong Kong by announcing it would write in a sweeping new national security law into the city’s charter, fueling fresh protests and a sell-off in the markets. The National People’s Congress, China’s rubber-stamp parliament meeting in Beijing this week, confirmed it would pass a bill establishing “an enforcement mechanism for ensuring national security” for the city, without providing details.

The lack of details surrounding the new law has generated alarm among Hong Kong’s business community. The American Chamber of Commerce in Hong Kong on Friday cited an independent judiciary as a key reason the city has prospered over the years.

On Monday, Hong Kong’s Bar Association said the legislation was incompatible with the Basic Law that governs the city’s relations with China, calling it “worrying and problematic.” The association said a reference to “judicial organs” in a draft of the law gave rise to perceptions that Hong Kong’s judiciary would be instructed to act in a certain way, and urged authorities in the city to urgently address constitutional and legal concerns.

“Independence of the judiciary is the cornerstone of the success of the HKSAR and should not be undermined in any way,” the association said, referring to the formal name of the Hong Kong Special Administrative Region.

The measure is expected to pass through the NPC before the end of its annual session May 28. It would still require several procedural steps including approval by the NPC’s decision-making Standing Committee, which could come as early as next month, the South China Morning Post reported.

Unrest “has thrust Hong Kong into the gravest situation since its return and served to highlight national security loopholes in the city,” Xie said on Monday “Therefore it is of the greatest urgency to establish an improved legal system and enforcement mechanism in the Hong Kong SAR to safeguard national security.”

The Asian financial hub on Sunday saw a return to the larger-scale demonstrations and clashes with police that marked months of pro-democracy unrest last year. Hundreds of protesters flooded the central Causeway Bay shopping area in opposition to the legislation, prompting police to use a water cannon and tear gas to disperse them.

“Everyone should have more confidence in the future of Hong Kong, and do not need to worry too much,” Wang said.

— With assistance by Natalie Lung