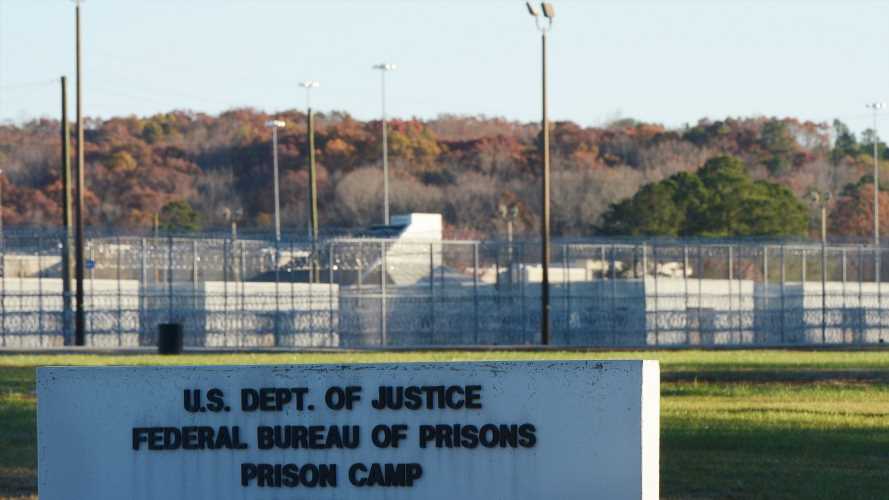 Inmates locked up in a complex that houses some of the federal prison system’s most medically vulnerable prisoners say decrepit conditions and failed social distancing policies have allowed COVID-19 to spread throughout the facility in an outbreak that has already claimed the lives of nine men.

A new class action lawsuit filed on behalf of the inmates at federal facilities in Butner, North Carolina, gives the public an inside look at what life is like as the coronavirus pandemic ripped through a federal prison complex that houses inmates with severe medical needs.

Nine inmates incarcerated at Butner have died since the pandemic began. The latest was Eric Spiwak, a 73-year-old man serving a 15-year sentence for possession of photos of child sexual exploitation, who had been at Butner since 2009. Like most other Butner inmates who died, Spiwak was not brought to the hospital until Friday, after he had experienced respiratory failure. Spiwak was pronounced dead on Monday.

“The situation inside [Federal Correctional Complex] Butner is dire,” the lawsuit states. “Plaintiffs, many of whom are medically vulnerable because of their age or serious medical conditions, must not be forced to sit helpless, hoping that chance favors them while Defendants’ combined inaction and defective practices roll the dice with their lives.”

Declarations from Butner inmates describe a dirty environment where social distancing is impossible. The lawsuit states that inmates “are housed in close quarters and forced to eat, bathe, and perform all daily life activities in a communal setting where they cannot adequately social distance and protect themselves from this dangerous disease.” Both staff members and inmates travel throughout the complex, and inmates must line up multiple times a day for food and medicine. Inmates with symptoms are only removed if they meet certain conditions ― including requesting a sick call, which they have to pay for.

Michael Harrington, a 40-year-old inmate at Butner on a sentence for unlawful possession of a firearm by a person convicted of a felony, said he has stage IV colorectal cancer that spread to his liver. Doctors told him he has 13 months to live, and he has a bit over two years left on his sentence.

Harrington lives on a floor housing other inmates with cancer. He says he’s one of the youngest on the floor, and that most are older than 65. Since mid-March, Harrington says he’s been locked down in his cell “essentially 24 hours a day.” He shares the 12-foot-by-12-foot cell with another man, and says it is impossible for them to stay 6 feet away from each other when their beds are 4 feet apart.

“Prison officials have said that my floor is covered with coronavirus and that is why they have us locked in our cells,” Harrington said in his declaration.

“At the last pill call that I can recall before lockdown, I overheard a correctional officer telling the man in the cell next to me that he was going to be quarantined because his cellmate had tested positive for the coronavirus and passed away,” Harrington said. He recalled speaking to the man in the cell next door a few days prior, and worried that the coronavirus would spread through the vents through which they communicate.

“I know that I do not have much time left, and I want to spend the remainder of my time at home with my family,” Harrington said. “I am fearful that, if I remain at [Butner], my time will be cut even shorter by the coronavirus and I will never see my family again.”

Roger Goodwin, a 61-year-old serving an eight-year sentence for mail fraud, was transferred to Butner because of a rare immunodeficiency disorder. He also has type II diabetes, high blood pressure and heart issues, but was denied compassionate release by the warden. Days later, after he passed out twice, Goodwin tested positive for COVID-19. He was moved to a solitary cell where he said the floors were filthy and “looked as if they had not been mopped in ages.” While he was told to drink plenty of fluids, he says he wasn’t given a cup for three days.

Phone access was cut off for several days. When Goodwin eventually was allowed to reach his wife, she told him that she thought the prison was calling to tell her he had died.

Jorge Maldonado, a 52-year-old who has served roughly half of a 84-month sentence for conspiracy, wire fraud, theft of government property and aggravated identity theft, said he had two kidney transplants before his incarceration, but hasn’t been allowed to go for his regular kidney checkups since lockdown.

He started urinating blood in late April, and when he was allowed to meet with a doctor he was told that his kidney might be failing. He wants out so he doesn’t lose his kidney transplant, but the warden rejected his request for compassionate release.

Charles Hallinan, a 79-year-old prisoner serving 14 years on racketeering, money laundering and wire fraud charges, said he was previously diagnosed with bladder and prostate cancer, and has hypertension and severe celiac disease. He’s been sleeping within 6 feet of five people, and his scheduled treatment in April for his bladder cancer was canceled.

Lewis Huntley, a 44-year-old wheelchair-bound paraplegic who was held at Butler until May 7, said the government opposed his compassionate release “at every stage” before he was eventually ordered released.

“I am relieved to be at home, but I am still very concerned for the health and lives of those who remain at Butner. I fear that remaining in prison with so many people sick will be a death sentence for them,” Huntley said.

The federal lawsuit accuses BOP officials of failing to take responsible steps to mitigate the risk posed by the coronavirus pandemic. Butner’s efforts to increase home confinement, as directed by Attorney General William Barr, have been “sluggish and ineffective.” The “deliberate indifference” of federal officials has left prisoners “at imminent risk of serious harm and death,” the lawsuit says.

The lawsuit seeks an injunction that would force the identification of inmates who are particularly medically vulnerable so that they could be released. It seeks mandatory COVID-19 testing and better quarantines of the infected, as well as better sanitation and mandatory mask usage from Butner staff.

Maria Morris, a senior staff attorney at the ACLU’s National Prison Project, called the outbreak at Butner “a tragic result of the Trump administration’s failure” to heed warnings about the “devastating consequences” of coronavirus outbreaks in prisons. “People’s lives are at stake, and we’re asking for immediate action to stem the outbreak.”

“Butner is a tinderbox for COVID-19, and the stories emerging from its overcrowded facilities are harrowing,” said Emily Harwell of the ACLU of North Carolina. “What was already a threat to public health has now become a death trap for hundreds of people who have no way out, and no way to keep themselves safe.”