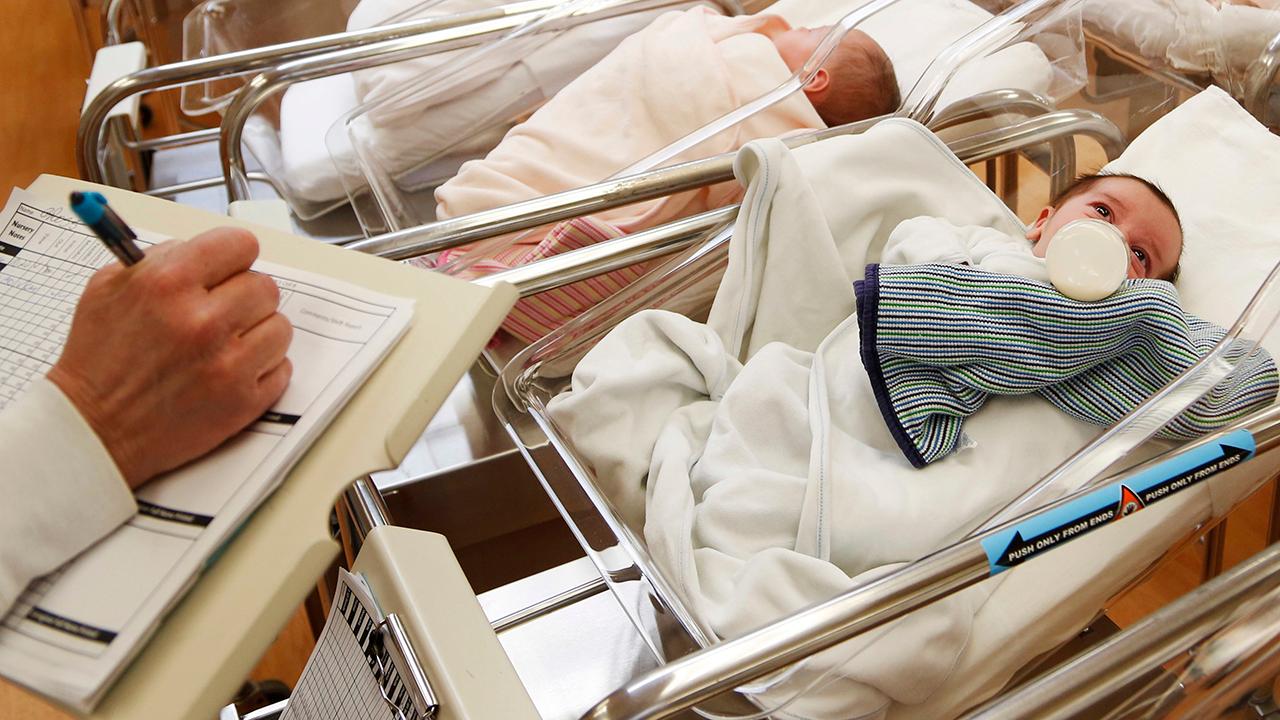 US birth rates fall to lowest level in 32 years: Report

Get all the latest news on coronavirus and more delivered daily to your inbox. Sign up here.

The U.S. economy has a population problem, but it's not what you think. The country is facing a long-term demographic decline that is steep enough to threaten the nation's economic future, and its status as a superpower.

If you’re worried that there has been a surge of mortality, possibly because of COVID-19, let’s get some facts straight. When all is said and done COVID-19 may be seen as one of the mildest pandemics in history, and this era will be remembered not for the pandemic caused by the virus but by the catastrophic overreaction of the media and the government.

There were 771,637 deaths in the U.S. during the three months from Feb. 1 to May 2, according to the Centers for Disease Control, and 94 percent were not caused by COVID-19.

The breathless media seems to have lost all perspective on the ancient truth that death is part of life. Look up CDC's Fast Stats website and see that there were 2.8 million deaths in the most recent year.

On the other side of the CDC’s mortal ledger, there were 3.75 million live births in the U.S. last year. Do the math (3.75 million minus 2.8 million equals about 1 million net increase) and there's no denying that the country is growing. So, what’s the problem?

The problem is that births are in a slow-motion freefall, a full percentage point down from the year before. Indeed, the American birth rate is a record low. “The general fertility rate fell 2 percent to 58.2 births per 1,000 women aged 15 to 44, its lowest level since the government began tracking the figure in 1909,” reports the Wall Street Journal.

The total fertility rate is a more commonly cited statistic – it represents the average number of babies a typical woman will have during her lifetime. When a country's total fertility rate drops below 2.1, then its future population can be expected to decline. Japan and Italy have become famous for low fertility rates which are currently at 1.4, but there are many countries with even lower fertility rates: Poland, South Korea and Puerto Rico.

All across Europe, populations are declining. The good news is that the overpopulation scare that gripped intellectuals years ago turns out to be a false alarm, though I never considered too much life a bad thing. The bad news is that Europe’s declining population is synonymous with declining power on the world stage. Europe is peaceful. Prosperous. And veering toward geopolitical irrelevance.

America, on the other hand, has a growing population, but these latest CDC numbers are a warning sign. Total fertility in the U.S. is currently 1.7. That's a record low.

Our entitlement programs – Social Security and Medicare – were designed for a world where the average person passed away in their mid-60s. I think it’s good news that lifespans have increased, but the fiscal balance sheets not sustainable. If the birthrate continues to decline, the fiscal imbalance will only worsen.

The only thing keeping America's population strong while other nations decline is immigration. Legal immigration adds roughly one million new citizens every year, and that’s because the most enterprising, hardworking people around the world prefer joining our nation than any other. And despite what you hear, Donald Trump is not opposed to legal immigration, only illegal immigration. That's a smart strategy.

If anything, our country should be pursuing more, not less, brainpower and brawn. There's a new cold war on our doorstep. Every body counts.

Tim Kane is the JP Conte Fellow in Immigration Studies at the Hoover Institution at Stanford University. He is a veteran Air Force intelligence officer. His most recent book is "Total Volunteer Force: Lessons from the US Military on Leadership Culture and Talent Management" (2017).