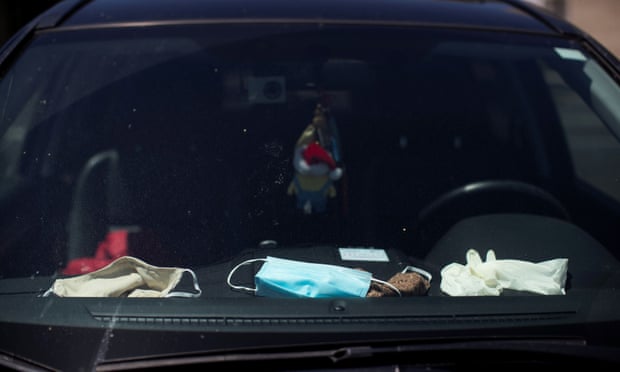 The British economy is showing the first signs of emerging from the worst of the economic damage triggered by the coronavirus pandemic but is heading for a longer and slower recovery than previously anticipated, according to a Guardian analysis.

As the government gradually begins to lift controls on business and social life, economic developments in the past few weeks suggest the UK has now passed the moment of maximum damage for jobs and growth.

However, writing in the Guardian, the governor of the Bank of England, Andrew Bailey, said Britain was entering the “second phase” of the crisis and warned the risks are “undoubtedly on the downside for a longer and harder recovery”.

His intervention comes as the economic fallout from the Covid-19 outbreak is laid bare in a new Guardian project that will track the repercussions of the pandemic.

We have chosen eight economic indicators, as well as the level of the FTSE 100, to illustrate the state of the economy. With expectations of a synchronised global recession of the kind unseen since the Great Depression, the Covid crisis watch will also weigh how the UK is faring compared with other countries.

Illustrating how Britain has reached a crossroads in the crisis after more than two months of harsh government restrictions, data combed from iPhone users’ searches on Apple Maps now points to the lockdown fraying at the edges.

Although still significantly down from the start of the year, daily trips on Britain’s roads are gradually climbing. Economic activity should recover as more people leave their homes.

Surveys of business activity suggest the low point for the UK economy probably came in April, during the first full-month of lockdown, with a slight improvement detected in May.

Despite warnings that City investors are ignoring the outlook for jobs and risks to growth, global stock markets have rallied.

However, the early results suggest companies are bracing for a protracted recovery as lockdown measures are only gradually lifted and consumer confidence takes time to return. Analysts have also warned the lack of a vaccine and continuing health risks will keep a lid on consumer demand, while a second wave of infections could force harsh new lockdown controls.

The flash IHS Markit and Chartered Institute of Procurement and Supply purchasing managers index – compiled from surveys of business activity – reveals a steeper pace of economic contraction than at the worst point of the global financial crisis has persisted in May. Firms told surveyors they expected customer demand to take a long time to recover.

In a reflection of the scale of the damage and only tentative steps to lift controls, the chancellor, Rishi Sunak, has played down the chances of a swift bounce back. Pouring cold water on hopes of a V-shaped recovery, Sunak said last week that Britain faces a “severe recession, the likes of which we haven’t seen”.

Official figures for growth from the Office for National Statistics, which come with a six-week time lag, revealed that GDP – the broadest measure of economic activity – plunged by 5.8% in March, despite only accounting for nine days of lockdown.

In the first official signs of the damage to come, retail sales in April plunged by almost a fifth. The Bank has also warned that GDP could contract by 25% in the second quarter, putting the country on course for the worst economic slump in three centuries.

Faced with a lengthy recovery and gradual easing of lockdown after Boris Johnson announced non-essential shops could reopen from the middle of June, business groups have called on ministers to maintain the emergency financial support unveiled in March to smooth Britain’s economic reboot.

A third of the British workforce is now receiving government wage subsidies, with more than 8m jobs protected on the Treasury furlough scheme and more than 2 million self-employed people claiming grants for lost profits.

However, in the coming days Sunak is expected to unveil steps to scale back the support from August given the spiralling price tag attached to the support schemes. Government borrowing surged by £62bn in April, more than was previously anticipated for the whole of 2020-21.

Experts have warned that focusing on the deficit and slashing the support too soon could choke off the economic recovery and trigger more job losses.

Despite the furlough scheme, millions of people are slipping through the safety net. Unemployment is expected to more than double this summer after the number of people claiming unemployment benefits rose by almost 70% in April, the most since records began, to reach 2.1 million.