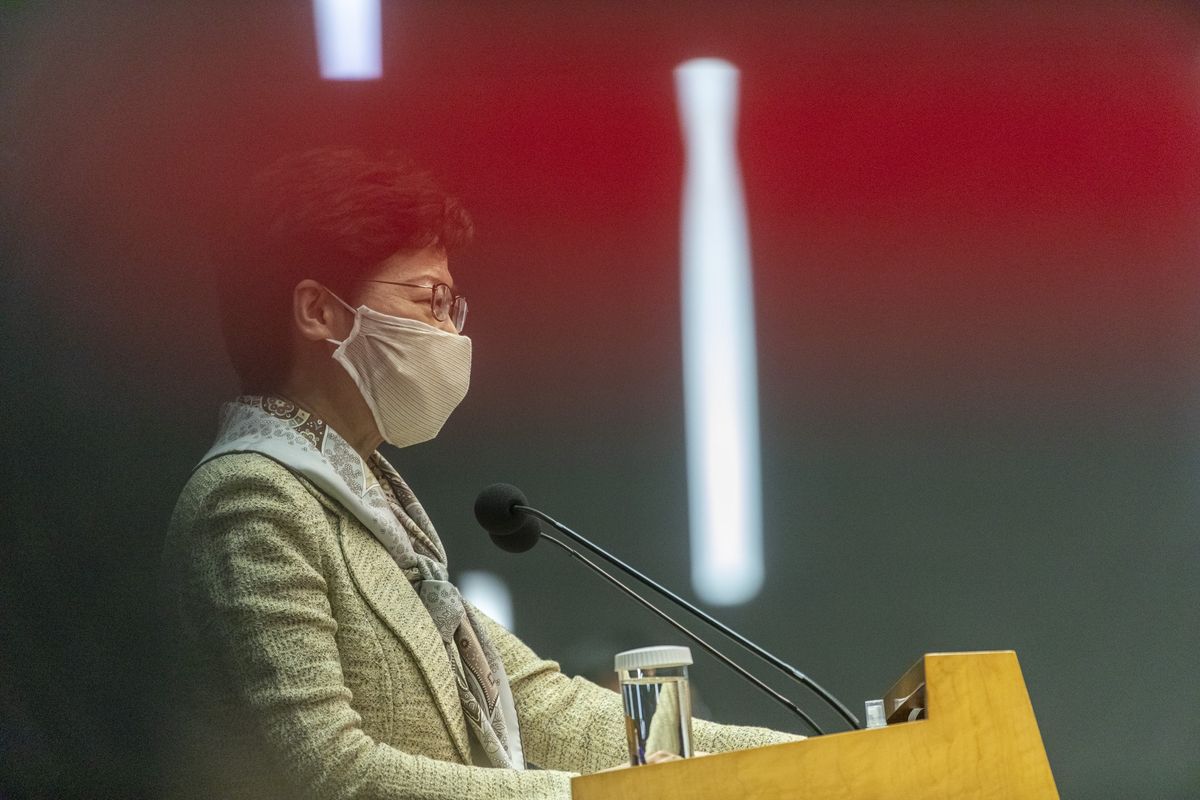 An overwhelming majority of Hong Kong residents said they oppose a controversial new security legislation that China plans to impose on the city, a move that has generated criticism from western democracies amid concerns over basic freedoms in the financial hub.

Results released Friday showed that 96% of 9,477 pro-democracy supporters in the semi-autonomous city opposed the laws, according to a survey released by Hong Kong Public Opinion Program. Of 1,186 respondents identifying themselves as supporters of the government, only 29% rejected the legislation while 62% supported it, the survey said.

The results came the same day Hong Kong Chief Executive Carrie Lam issued a letter to the city’s people asking them to support the legislation, which has sparked the biggest street protests since last year and fresh concerns about the city’s future autonomy from China.

The law “will only target an extremely small minority of illegal and criminal acts and activities, while the life and property, basic rights and freedoms of the overwhelming majority of citizens will be protected,” Lam wrote in an open letter posted to the Hong Kong government website Friday.

Her appeal came the day after China’s legislature, the National People’s Congress, approved a proposal for the sweeping new measures. In doing so, it defied a U.S. threat to respond strongly to a proposal democracy advocates say will curb essential freedoms in Hong Kong. China could now take months to sort out the details of laws banning subversion, secession, terrorism and foreign interference before they’re given to Hong Kong’s Beijing-backed administration to promulgate.

Lam, who previously defended the legislation even as calls for protests grew, asserted in her letter that Hong Kong’s citizens would continue to enjoy freedoms of speech, the press, assembly and demonstration.

Protests against China’s increasing grip rocked Hong Kong for months last year, but were effectively halted as the city grappled with the coronavirus pandemic. Demonstrators have gathered multiple times since China’s announcement that it planned to enact the security legislation, defying virus-induced limits on public gatherings.

Some of them chanted for independence, a clear red line that Beijing used to justify passing the laws.

“Hong Kong has become a gaping hole in national security, and our city’s prosperity and stability are at risk,” Lam wrote, saying she saw outside influences at play.

“External forces have intensified their interference in Hong Kong’s internal affairs, passed laws relating to Hong Kong and flagrantly glorified the illegal acts of radicals, all of which seriously jeopardize our nation’s sovereignty, security and development interests,” she said.