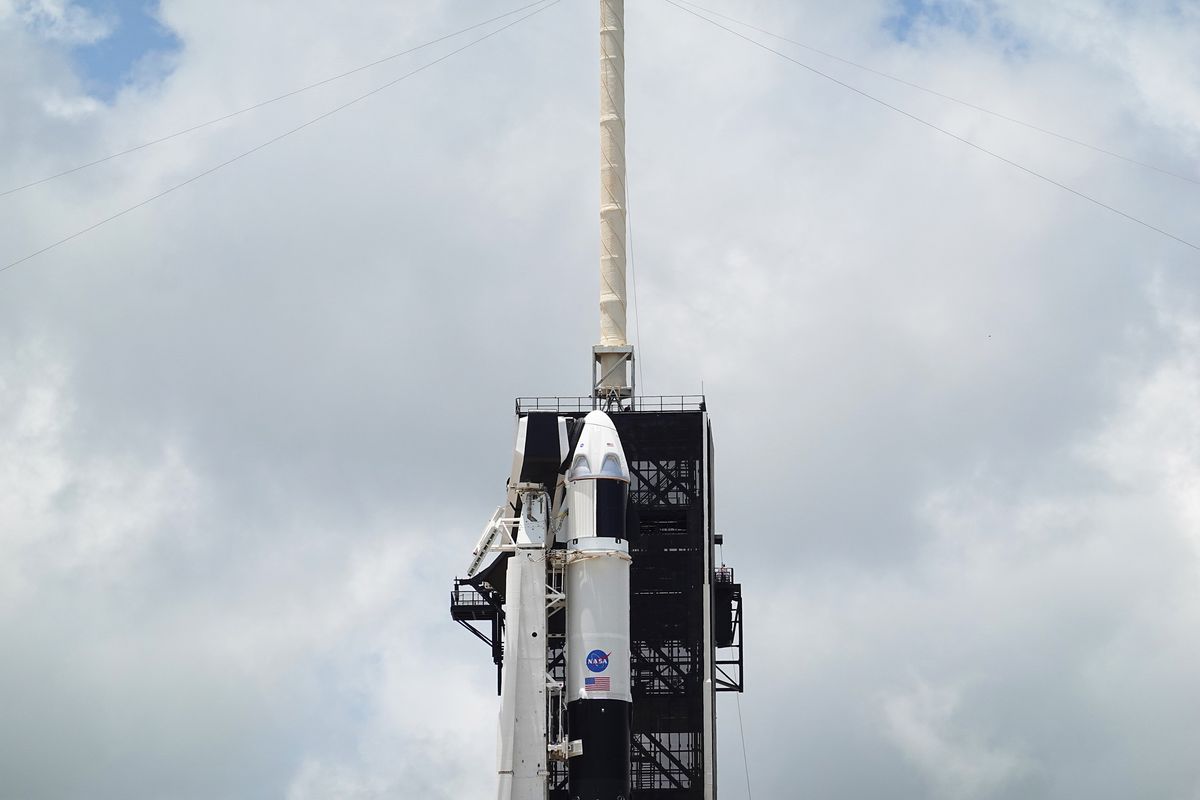 Elon Musk’s SpaceX will try again Saturday to launch astronauts into orbit after a NASA mission on May 27 was scrubbed because of bad weather.

The voyage to the International Space Station — scheduled for 3:22 p.m. — will be the first launch of American astronauts from U.S. soil since 2011. It’s also the first orbital journey in a commercially developed spacecraft. But the weather is again a threat at Kennedy Space Center in Cape Canaveral, Florida.

There’s a 50% chance the launch will go ahead, NASA Administrator Jim Bridenstine said in a tweet Saturday morning.

The groundbreaking mission is the final major test of Space Exploration Technologies Corp.’s human flight system before it can be certified to fly working crews to and from the space station. Boeing Co. is also preparing to carry people to the orbiting lab as part of the same “Commercial Crew” program at NASA.

If the SpaceX launch attempt of its Falcon 9 rocket gets scrubbed again, Sunday will serve as a backup. In the mission, NASA astronauts Bob Behnken and Doug Hurley will ride the company’s Dragon capsule to the space station.

Musk founded Space Exploration Technologies Corp. in 2002 with the ultimate goal of enabling people to live on other planets. The National Aeronautics and Space Administration has been a key partner and customer every step of the way for the Hawthorne, California-based company. A cargo-only version of SpaceX’s Dragon capsule already makes regular runs to the space station.

President Donald Trump, who flew in on Air Force One shortly before the launch time on May 27, indicated he would return for the next attempt. The White House’s chief of staff, Mark Meadows, later told reporters that Trump would return if a launch takes place this weekend.