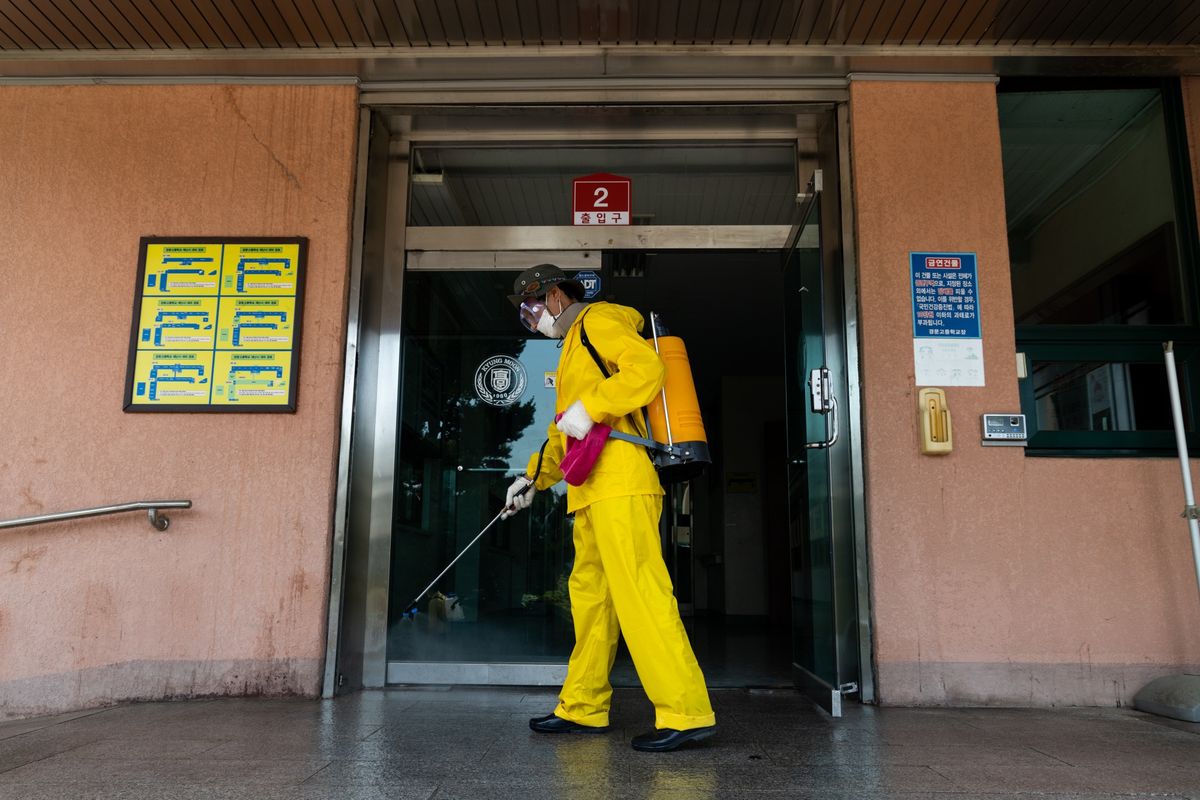 The South Korean government unveiled a 76 trillion won ($62 billion) ‘New Deal’ spending plan to reshape the economy in the aftermath of the pandemic after slashing its growth forecast for the year.

The plan, first outlined by Moon in April, aims to refocus the economy through 2025 by supporting job growth and new industries. It will partly be funded by a third extra budget now being drafted, according to a statement on the policy outlook for the second half.

The extra spending will help an economy forecast to grow by just 0.1% this year, the slowest expansion since the 1998 Asian financial crisis. The latest projection was more optimistic than the contraction expected by the Bank of Korea and private economists, but the government acknowledged downside risks to its view should a second virus wave emerge.

South Korea’s trade-dependent economy is suffering as the pandemic hits overseas markets. New virus clusters have also sprung up at home, raising fear among the public and potentially hindering a domestic recovery. President Moon Jae-in’s administration has so far announced 250 trillion won in measures to prop up the economy, including direct support, loans and funds to stabilize financial markets.

While previous measures have been focused on helping the economy ride out the pandemic, the government’s long-term spending plan envisions the creation of 550,000 jobs by 2022. The plan seeks to have 100,000 specialists in artificial intelligence and software programming.

The focus is to promote the use of fifth generation wireless networks and artificial intelligence across industries and foster digitalization in South Korea’s least developed areas. Investment will also support startups focusing on green technologies, while the country seeks to make its manufacturing sector more energy-efficient.

Part of the new-deal fund will be used to retrain workers and expand employment insurance for universal coverage.

To accelerate South Korea’s economic recovery this year, the government said it will use funds from the upcoming extra budget to issue discount coupons to encourage spending. It will also lower the consumption tax on car purchases during the second half of the year. Tax incentives will be offered to companies that increase investment by more than their average in the past three years, the statement said.