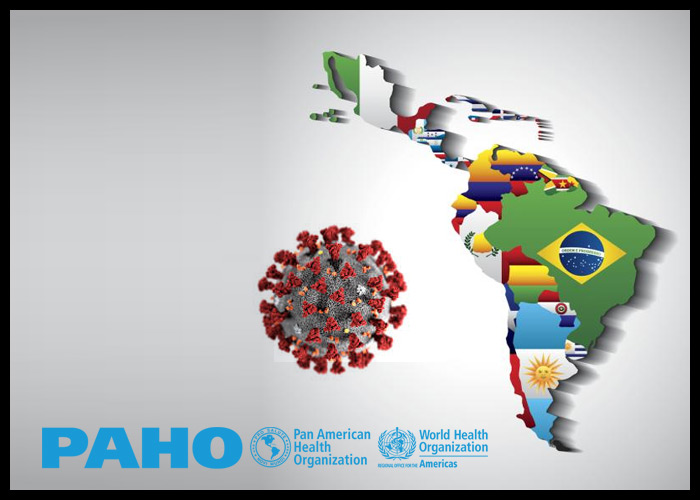 The Pan American Health Organization (PAHO) has announced that with more than 2.4 million cases and over 143,000 deaths, the Americas became the epicenter of the COVID-19 pandemic.

The region now has more daily reported cases of Covid-19 than Europe and the United States, the Director of PAHO said during a media briefing Tuesday.

In South America, “we are particularly concerned that the number of new cases reported last week in Brazil was the highest for a seven-day period, since the outbreak began,” Dr. Carissa F. Etienne told reporters.

Having recorded 807 deaths on Monday, Brazil has surpassed the U.S. in daily coronavirus death toll.

The University of Washington has warned in a study that the death toll in the worst-hit Latin American country could cross 125,000 by August. That would be almost a five-fold increase on its current total of 24,512.

Peru and Chile are also reporting a high number of cases.

The statistics comes amid claim by Human Rights Watch that the numbers in Venezuela are almost certainly much higher than reported.

More than 5.6 million cases and over 350,000 deaths have been confirmed worldwide, according to Johns Hopkins University

Dr. Etienne warned that now is not the time to relax restrictions or scale back preventive strategiesor for most countries in the Americas. “Now is the time to stay strong, remain vigilant and aggressively implement proven public health measures.”

“We have never seen such a deadly relationship between an infectious disease and Non-Communicable Diseases. Some of the data are truly alarming. Especially for our region, where NCDs are pervasive,” she said.

Dr. Etienne called for aggressive preventive measures to protect people with diabetes, respiratory and cardiovascular diseases from the new coronavirus.

Persons with diabetes are twice as likely to have severe disease or die, and 28 percent of cancer patients who contracted COVID-19 died, compared with 2 percent of overall patients, she said, citing recent studies. Smoking also increases the chance of severe disease from COVID-19, according to the top medical expert.