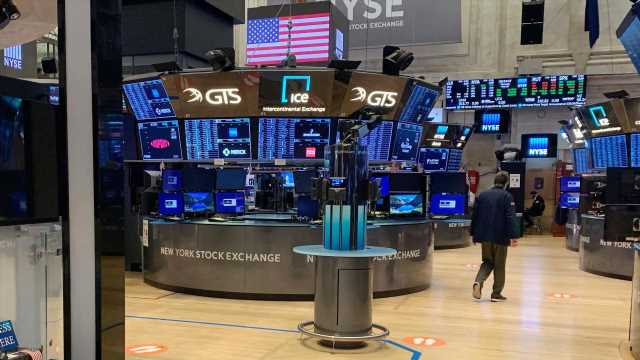 CFRA Chief Investment Strategist Sam Stovall discusses economic recovery from the coronavirus pandemic and the sectors that are moving higher.

U.S. equity markets were on track for a fourth straight day of gains Wednesday as the riots and looting that gripped America over the past week showed signs of abating and investors received better-than-expected news on the jobs front.

The Dow Jones Industrial Average climbed 214 points, or 0.83 percent, in the opening minutes of trading while the S&P 500 and the Nasdaq Composite gained 0.71 percent and 0.43 percent, respectively.

Protests following the death of George Floyd continued across the country on Tuesday evening, but there were fewer reports of violence than on previous nights.

Elsewhere, Tiffany & Co. shares were in focus after fashion trade publication Women’s Wear Daily reported board members of French luxury-goods maker LVMH expressed concerns about its acquisition of the jeweler.

Coty and Kim Kardashian West are in talks to collaborate on certain beauty products. The company paid $600 million for a 51 percent stake Kylie Cosmetics, owned by Kardashian West’s half-sister Kylie Jenner, in November.

On the earnings front, Zoom Video Communications reported better-than-expected earnings and revenue as the company benefitted from the increase in telecommuting caused by the COVID-19 pandemic. The company raised its full-year revenue outlook to between $1.78 billion and $1.8 billion, nearly double its previous forecast of $915 million.

Campbell Soup saw first-quarter earnings surge 31 percent as consumers stocked up on canned soup and other non-perishable items to ride out the COVID-19 pandemic from home.

Canada Goose warned it expects “negligible” revenue in its fiscal first quarter, a time when online sales reach a low point for the year, due to the uncertainty caused by COVID-19. The company’s fourth-quarter revenue outpaced Wall Street estimates.

Germany’s DAX led the advance in Europe, up 2.16 percent, while Britain’s FTSE and France’s CAC were higher by 1.05 percent and 1.82 percent, respectively.