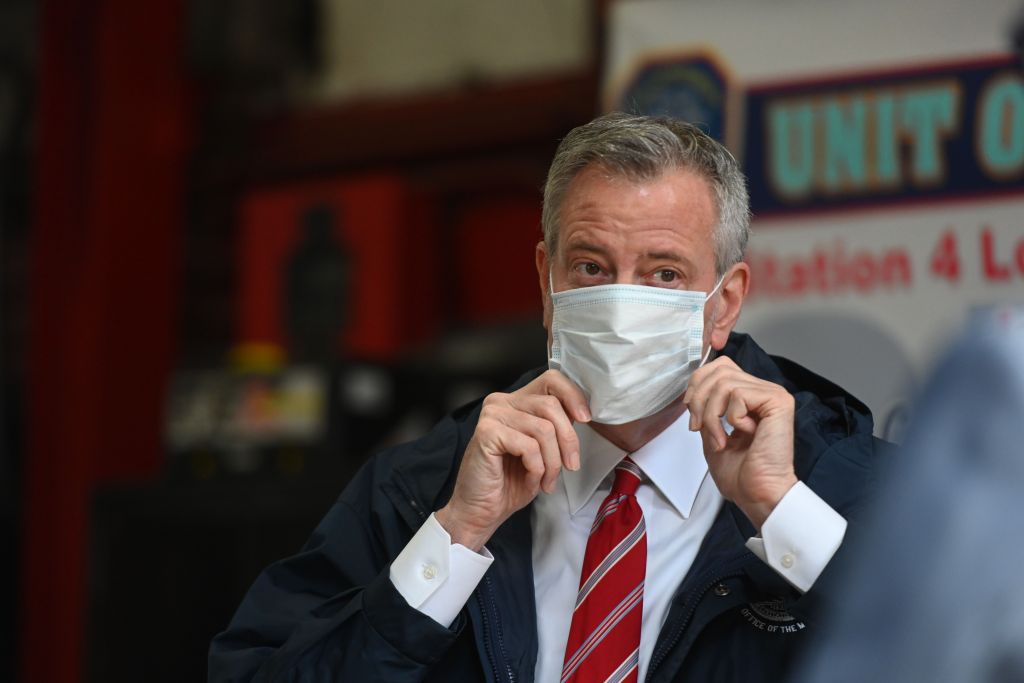 New York City Mayor Bill de Blasio said organized violence and looting among otherwise peaceful protests that’s not always visible to crowds or in videos justifies tough policing but he’s committed to quick probes and punishment for officers who cross the line. The Democratic mayor spoke in a weekly public radio Q&A as critics continued to slam him as a sellout who’s completely out of touch with the “everyday New Yorkers” he often references.

“We saw horrible attacks on people and property [and] we have seen a persistent pattern in some groups of people aiming to do violence to the police, to communities, to property and are doing it systematically,” de Blasio said Friday on WNYC’s The Brian Lehrer Show.

The mayor and NYPD are under blistering criticism with de Blasio booed and heckled yesterday when he tried to speak at a memorial for George Floyd in Brooklyn. Then, as today, he refused to broadly condemn the police response over ten days protests but promised specific abuses are being dealt with. He spoke with Lehrer after disturbing videos and accounts from protesters and the press emerged from the Bronx’s Mott Haven neighborhood last night. It showed police fencing in protesters – a process called “ketteling” — after the 8 pm curfew then making arrests. A protestor in a video described being “locked in between walls of police hitting us with batons, hitting us with their bikes, and asking us not to resist.”

“Your police turn into werewolves at 8 pm every night. Don’t use robbery as an excuse,” said one caller.

De Blasio countered that there was an explicit warning about that group in the Bronx. The NYPD recovered gasoline canisters on the site and there were “clear plans to do violence,” he said. “The tactic is for the people to blend into the crowd. They don’t say, ‘We are the anarchists over here, we aim to do violence.’ They blend in. Their own materials show they blend in. There’s a complexity here.”

He said he was out last night too, trailing a protest in Brooklyn that was what he thinks was been closer to the norm in the city — “overwhelmingly peaceful protests being respected by the NYPD.”

Disciplinary action is underway and will continue for police violations, he said. In response to a question about police unions, which are increasingly being recognized across the nation as one of the major obstacles to police reform, he agreed that they “constantly and absolutely’ stand in his way. There are five police unions in NYC, he said, and some leaders “have always opposed me and I will keep fighting against that.”

With New York City the epicenter of the country’s coronavirus outbreak, the Mayor sharply condemned officers who don’t wear masks. Videos show many do not, although many protestors do. That “has to be fixed,” he said. He also spoke out against officers covering their badge numbers or names or not turning on their body cameras when they should.”