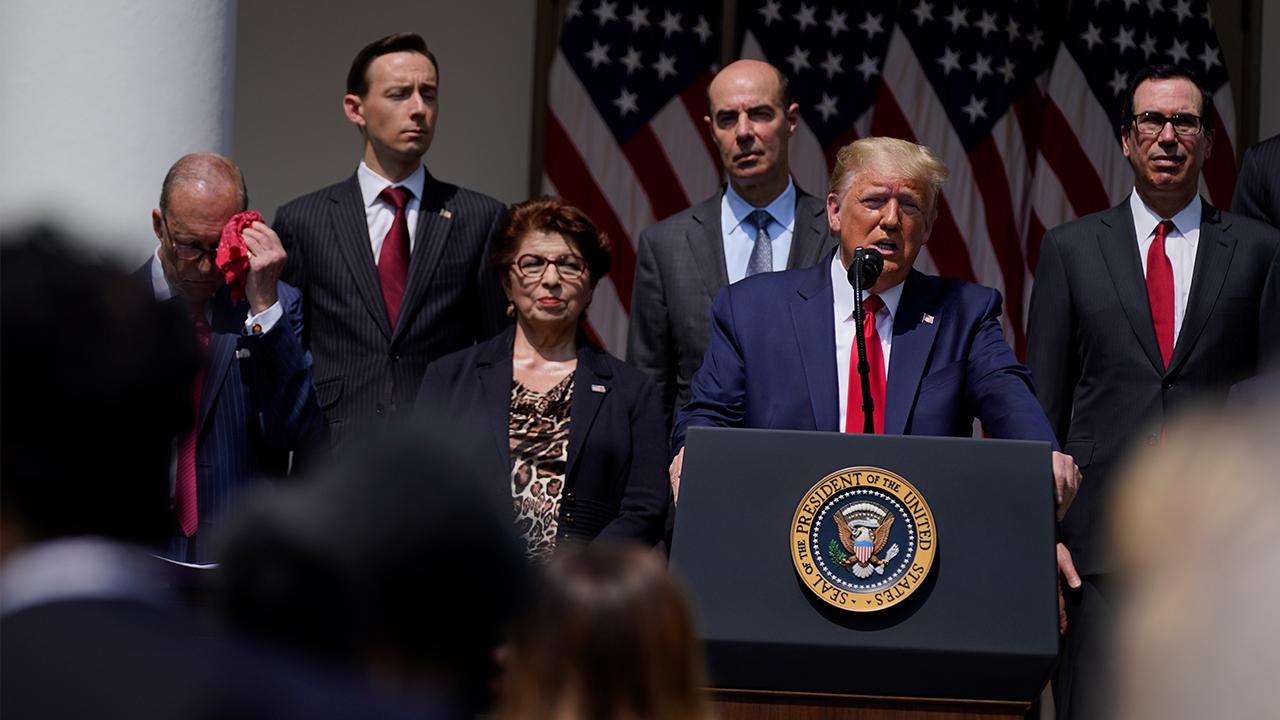 President Trump says the administration will be going for a payroll tax cut, which will provide a tremendous incentive for businesses, in addition to extra stimulus for restaurants and parts of the entertainment industry.

President Trump said Friday the White House will announce tax incentives for restaurants and parts of the entertainment industry hurt by the coronavirus pandemic and the related economic lockdown "soon."

"We're looking at doing something in terms of an incentive with taxes, it could be deductions, it could be something else," Trump said during a White House press conference at the Rose Garden. "We'll be announcing it pretty soon."

Trump said the White House is exploring different incentives for restaurants and "various pieces" of the entertainment industry, which have been among the hardest-hit sectors due to the outbreak of the virus.

"The restaurants are going to be a little harder to come back," he said.

WHITE HOUSE MULLS MORE VIRUS RELIEF: HERE'S WHAT IT COULD INCLUDE

Trump first floated a proposal to restore tax deductions for businesses spending money at restaurants and on entertainment at the end of March. At the time, he said he would ask Mnuchin and Labor Secretary Eugene Scalia to look into rolling back a provision of the wide-ranging 2017 tax reform to incentivize businesses to spend more money at restaurants.

As part of the 2017 Tax Cuts and Jobs Act, which slashed the corporate tax rate to 21 percent, Congress eliminated the corporate tax deduction for entertainment expenses. Businesses could no longer deduct up to 50 percent of expenses for things like golf outings or sports tickets under the new tax law.

CONGRESS HAS FUNNELED TRILLIONS TO CORONAVIRUS RELIEF. WHERE IS THAT MONEY GOING?

But, according to the Internal Revenue Service, taxpayers were allowed to continue to deduct 50 percent of the cost of business meals with clients if “the food or beverages are not considered lavish or extravagant.”

White House economic adviser Larry Kudlow told FOX Business on Friday the federal government will likely not begin negotiating another round of virus aid until after the Fourth of July. The Senate begins a two-week recess on July 3 and will not return to Washington until July 30.