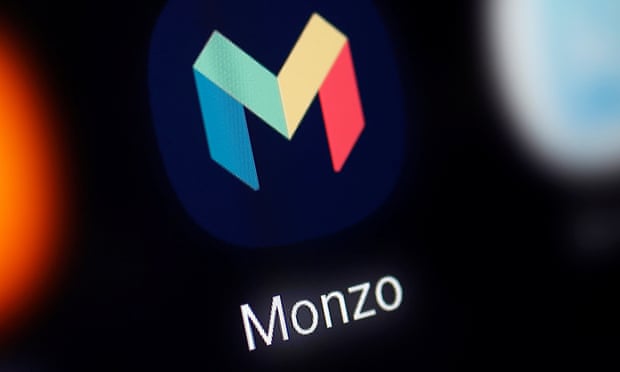 Hundreds of customers of the online bank Monzo say they were left without access to money at the height of the Covid-19 lockdown after the company froze their accounts without warning.

Despite the Financial Conduct Authority telling banks it expected them to help consumers get through the crisis, Monzo has been freezing accounts without notice.

In a message seen by Guardian Money, it told a customer that it has the right to close accounts and that it could not provide any further information on its decision.

It is not the first time the UK’s fastest growing bank has been criticised for this. In January, we reported on how the company was freezing and shutting accounts for no apparent reason – but the problem appears to have grown.

Monzo, which uses automated systems to track its 3.2 million customers’ transactions, says it has a legal obligation to investigate suspicious activity and has “returned millions of pounds to victims of fraud in this way”.

However, it appears innocent customers have been caught out in recent weeks.

Some customers caught by the policy have claimed the only unusual activity on their accounts were desperately needed Covid payments sent to the self-employed by HMRC, or universal credit claims.

Guardian reader Jack Smith had his Monzo account frozen four weeks ago – it contained all of his savings and furloughed wages. He and his wife, who have been forced to use a credit card to buy food and other essentials, are furious.

“Literally nothing has changed on my account, which was frozen out of the blue, without any warning or explanation. The whole thing has been a nightmare as it is impossible to find out any information from the company,” he says.

“Monzo appears to think that is perfectly OK to just shut an account down for weeks at a time when people desperately need access to their accounts.” Smith adds: “They refused to say when it would be unfrozen or why it had happened. Regulators really need to look into the way the bank has behaved.”

Almost 3,500 people have joined a private Facebook group titled “Monzo stole our money”. Some customers posting on it report having up to £30,000 stuck in frozen business accounts and say they are unable to pay suppliers.

Many have shared messages from Monzo telling them their account has been frozen or shut; there are some desperate tales.

“Yesterday Monzo froze my account with all my son’s money in there for child benefit and all the remaining money I had left to last me a month before payday again,” wrote one poster. “I feel like I am at the lowest point of my life and I can’t see this ending. How am I meant to tell a three-year-old child I can’t get shopping in the house because the bank has taken the money?”

Others report that they have been waiting six weeks or longer for balances in closed accounts to be returned. The lack of information and the use of robots in online correspondence appears to be a huge source of frustration.

On reviews website Trustpilot, where someone has posted a report of a frozen or closed account almost every day in recent weeks, one customer who has been self-isolating describes having his account frozen seemingly because they were sent money by a relative to keep the family going.

Monzo did not comment on how many accounts it has frozen or closed since the start of the crisis.

However, Resolver, the independent online complaints resolution service, told Guardian Money it had seen a 153% increase in complaints about the company in May compared with April’s figure – with at least a third explicitly about account freezing or closure.

Monzo, which has boasted in the past about the superiority of its anti-fraud technology, told Guardian Money in January that when it investigates its frozen accounts, it finds it made the correct decision in 95% of cases.

Asked about the current wave of complaints, a Monzo spokesman says supporting customers “is always our top priority”. He says: “We already have a number of ways to help those who find themselves in financial difficulty as a result of coronavirus.

“When we see suspicious activity we have a legal obligation to investigate it thoroughly and have returned millions of pounds to victims of fraud in this way. We have a set of automated rules that flag any activity that might be suspicious and sometimes block the account. We aim to have a person review the account within 10 minutes. If we discover that it’s not suspicious, we immediately reactivate the account.”

The bank reviewed Jack Smith’s case at Guardian Money’s request. It says: “We hold ourselves to the highest standards and unfortunately in this particular case we fell short. We’ve unbanned this account and have apologised to the customer. We won’t always get this right and will apologise to any legitimate customers who’ve been left out of pocket for a period of time.”

Martyn James of Resolver says: “Freezing an account takes barely a second but has a devastating impact on the people affected.

“Time and time again, not having enough human beings to apply some common sense when ‘the computer says no’ is a recipe for disaster. Technology advances can be a great thing but only alongside effective customer service.”

What are the rules for closing accounts?

Banks are only allowed to close accounts without giving notice if they have good reasons to suspect fraud – and even in that case they still have to treat customers fairly.

The Financial Ombudsman Service says that when a bank intends to close a personal account it should usually give the customer at least 30 days’ notice – ideally two months for a business account – to make other arrangements, unless the bank has a good reason to suspect fraud.

Prior to March, the ombudsman service used to receive about 60 complaints a week from customers saying their account had been closed unreasonably – although this looks set to rise given that many of the banks have been “derisking” their account portfolios.

The ombudsman says most of the complaints it sees about account closures or freezes involve the bank not giving enough notice, giving conflicting information or advice, or showing unlawful discrimination.

Lots of people whose accounts were frozen or closed by Monzo have served the bank with a subject access request to allow them to see the file held by the bank in a bid to get to the bottom of the decision. When a request is filed with a company, it has a month to respond and provide details of what information it holds on you and how it has handled it.

If you are unhappy with how your bank has treated you, you should complain to it first. The ombudsman is your next port of call if you are not satisfied with the bank’s response.

Those who have had an account closed by a bank following a suspected fraud often find it difficult to open a new one elsewhere. Opt for a basic account that offers a debit card and the ability to pay direct debits. These accounts are designed for those who have got into financial difficulties, in that there is no overdraft facility. Users can only spend what they have in their account.