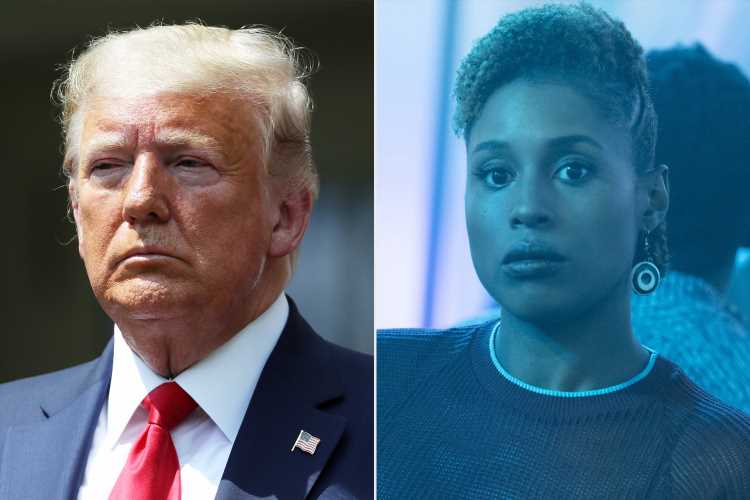 One person even tweeted at Rae, the show's 35-year-old creator and star, about Trump potentially being a fan, to which she replied, "what the f— is this."

Actor Kumail Nanjiani, who recently costarred with Rae in the film The Lovebirds, jokingly wrote of Trump, "Well I found one thing I have in common with him: we’re both big fans of @IssaRae."

Rae responded with a GIF: "Don't sat that."

People continued to express their confusion at the like — was it an accident, or something more? (The president is known not to be the only one with access to his account, and aides sometimes tweet for him.)

One user even floated a conspiratorial theory that Trump was supporting a new "bot" account that would start defending him in the coming days.

A White House spokesman did not respond to a request for comment.

Trump has recently been criticized for his stance on the protests occurring across the country against racial injustice and police brutality in the wake of George Floyd's death in Minneapolis.

Last week, he threatened military force to qualm some demonstrations that had splintered into rioting and violence.

Officials also forcibly cleared a crowd of demonstrators from outside the White House last week so Trump could walk to a nearby church, in a widely criticized move that the White House said was meant to project resolve amid chaos.

Largely peaceful protests in favor have continued across the country, with many celebrities joining in.