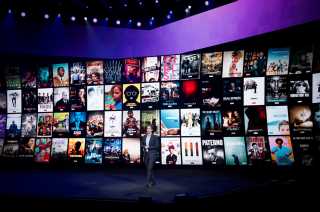 WarnerMedia has officially pulled the plug on HBO Go, its streaming app for pay-TV subscribers to the premium network, and also has rebranded stand-alone service HBO Now to simply HBO.

HBO Go, which launched in 2010, will be removed from primary distribution platforms on July 31.

The moves come two weeks after the debut of HBO Max, the company’s big bet on direct-to-consumer streaming, which has joined a field crowded with new entrants from Disney, Apple and NBCUniversal.

“Now that HBO Max has launched and is widely distributed, we can implement some significant changes to our app offering in the U.S.,” the company said in a statement. “Most customers who have traditionally used HBO Go to stream HBO programming are now able to do so via HBO Max.”

As it streamlines its streaming offerings, WarnerMedia has still not reached distribution deals with two significant providers, Amazon and Roku. Together, the two serve about 80 million U.S. homes. WarnerMedia managed to reel off a series of deals with other distributors but has been at loggerheads with the two tech companies over control of viewer data. While some streaming players have been content to let distribution partners like Amazon or Apple benefit from the data produced by their service, HBO Max is aiming to be controlled more fully by WarnerMedia.

No subscriber data has been supplied yet for HBO Max, but internal projections have modest around the launch compared with Disney+, a leaner offering that reached 54.5 million subscribers in just six months. COVID-19, while it has been a massive tailwind for streaming in general, also sidelined production, including the Friends reunion special that had been positioned as the streaming outlet’s marquee title.