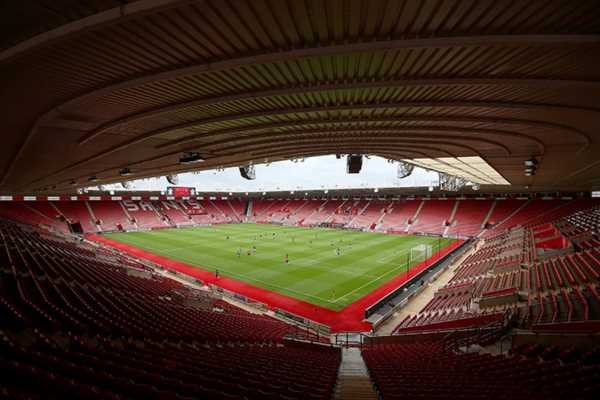 England’s Premier League, the world’s wealthiest soccer competition, returns on Wednesday and organizers are trying everything to claw back viewers and mend the damage from coronavirus.

Live Saturday afternoon matches that the league has always banned from TV screens to protect stadium ticket sales will be shown. Viewers will be able to see every remaining match of the season, instead of the usual limited selection.

Many games will be available for the first time without the need for a subscription to the pay-TV channels of Comcast Corp.’s Sky and BT Group Plc. The BBC public broadcaster will be able to show the country’s most popular sporting competition for the first time in 28 years.

The changes were partly forced upon the industry by the government as a condition of restarting the league: With all the action on TV, fans will have less reason to congregate near grounds and risk spreading the virus.

Sky and BT are publicly welcoming the move, saying it could ultimately drive new paying viewers to their channels for the next season. However, club owners that have chafed at the dominance of the pay-TV giants see an opportunity to bring more competition to soccer broadcasting and connect with younger viewers who might otherwise abandon TV for social media and video games.

”It’s an opportunity for new fans to enjoy our sport. A lot of people might get turned on to football over the next two months,” Paul Barber, the chief executive officer of Brighton & Hove Albion Football Club, told Bloomberg TV.

Clubs stand to lose around 1 billion pounds ($1.25 billion) after the virus lockdown halted play for about three months, according to estimates from Deloitte. One way they can recover is by reaching viewers who wouldn’t normally pay as much as 60 pounds a month for all the action.

“It will be difficult to turn the clock back” on the relaxed post-lockdown broadcasting arrangements, said Yannick Ramcke, a sports rights expert and writer of the offthefieldbusiness.de blog. “The Premier League has put a lot of assets and concessions on the table in order to appease broadcasters and retain as much short-term broadcasting revenue as possible.”

Returning fans may be put off by empty stadiums and there’s no certainty on when match crowds will be allowed to return. BT says it’s introducing two new features to enhance coverage, allowing viewers to watch with friends online and chat to them during the match. It’s even adding simulated crowd noise.

The league restart opens another window of opportunity for Amazon.com Inc., which aired its first 20 Premier League matches earlier in the season for members of its Prime e-commerce service and now gets to show four more.

Europe’s pay-TV companies have been losing viewers to Amazon, Netflix Inc., and other U.S. streaming services, a trend that’s accelerated during virus lockdowns, according to some analysts.

It will take longer for Amazon to mount a more concerted challenge to Sky, which holds the main rights until 2022. Sky also has its own streaming service, NOW TV, that charges 9.99 pounds for a day sports pass, as well as a monthly payment option.

Sky and BT are trying to recoup a chunk of their broadcast rights payments from the clubs to cover the revenue lost due to the league suspension.

It’s unlikely the final amount agreed will cover all the damage. Sky can’t be seen to punish the clubs too hard while they are down, potentially limiting how much money it can recover. Pay-TV audiences may not return in the previous numbers as long as unemployment and job insecurity are rife.

“We’ve worked hard with the rights holders to prepare for when sport returns,” said Rob Webster, managing director of Sky Sports. “Our focus is now on creating the best possible experience for our customers in the way they watch sport and interact with it through our groundbreaking new product features.”

There are 92 matches still to play this season. Sky will show 64 games, 25 of them free-to-air, BT is expected to charge viewers for its 20 matches and another eight free-to-air games will be shared between the BBC and Amazon.

“These are extraordinary times and in the spirit of the times we are making games as widely available as possible because of the lockdown,” said Jamie Hindhaugh, Chief Operating Officer of BT Sport. “But in the end we are a pay-TV company, and we depend on pay subscriptions.”

Still, blogger Ramcke said some free-to-air may become a permanent feature of the Premier League, as it is in Germany where the top-flight Bundesliga shows three big matches for no charge at key moments in the season.

Sky in Germany said a record 6.6 million people tuned in for its coverage of the first Bundesliga weekend after the lockdown, a good turnout partly because it broadcast some games on its free TV channel. Even after it moved all games back behind the paywall this month, viewer figures have been strong, it said, with 2.2 million people watching a Tuesday night match between champions Bayern Munich and Borussia Dortmund.

Amazon has also been muscling into German soccer, beating Sky to the rights for the next Champions League tournament. Post-lockdown, it managed to pick up several German games because of a payments conflict between Discovery Inc.’s Eurosport and the Bundesliga.

“While the early evidence suggests that the immediate damage to pay-TV due to lack of sport has been relatively slim, the increased uptake of over-the-top video services will increase the pressures that incumbent operators face in the coming year,” said Richard Broughton of Ampere Analysis.

— With assistance by Stefan Nicola, and Laura Wright