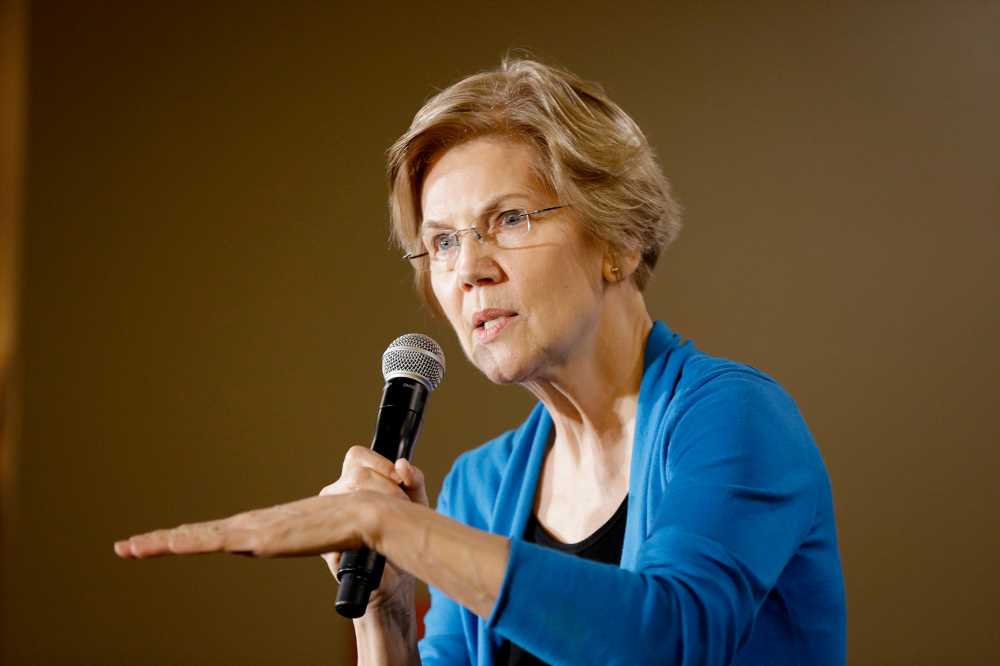 Sen. Elizabeth Warren (D-Mass.) is leading a group of Democratic lawmakers in an investigation of what they describe as “egregious” financial conflicts of interest in the Trump administration’s coronavirus response, citing top officials’ financial stake in companies involved with the all-important effort to find a COVID-19 vaccine.

In two new letters sent to the White House and the Department of Health and Human Services, the lawmakers singled out Dr. Moncef Slaoui, chief adviser to Operation Warp Speed, the administration’s breakneck effort to develop a COVID-19 vaccine or treatment, and Marc Short, chief of staff to Vice President Mike Pence, the leader of the White House Coronavirus Task Force. Both Slaoui and Short have key roles in the coronavirus response effort while holding stock in companies whose values could soar from the development of a COVID-19 vaccine, according to public reporting and financial disclosures.

The two letters — written by Sens. Warren and Richard Blumenthal (D-Conn.) and Rep. Pramila Jayapal (D-Wash.) — call on Dr. Slaoui and Short to comply with federal conflict-in-interest laws and, in Short’s case, respond to questions about any decision-making he has participated in that involved companies in which he has a financial stake.

Last month, the administration unveiled its plans for Operation Warp Speed, saying they hoped to have a vaccine ready by January 2021. But if officials involved in that project have financial stakes in companies racing to develop a vaccine, it raises questions about whether those same officials could influence the research and trial process in a way that benefits them financially. There is no clear public evidence of this to date, but the appearance of conflicts of interest is enough to raise alarms among government watchdog groups and members of Congress.

The White House and HHS did not immediately respond to requests for comment.

Warren, Blumenthal, and Jayapal recently introduced new legislation to beef up oversight of the administration’s COVID-19 relief effort. The Coronavirus Oversight and Recovery Ethics Act would make it harder to fire government inspectors general, give subpoena power to the congressional watchdog tasked with monitoring coronavirus relief funds, and protect whistleblowers in the public and private sectors who come forward with evidence of fraud related to the coronavirus response.

“In a crisis with more than a hundred thousand Americans dead and tens of millions unemployed, White House decisions should be driven by science, rather than by personal profit. The American people deserve answers about Dr. Slaoui and Marc Short – and Congress must pass my CORE Act to eliminate all conflicts of interest and corruption in the federal government’s pandemic response,” Warren said in a statement provided to Rolling Stone.

Dr. Slaoui is the former chairman of global research and development and chairman of global vaccines at GlaxoSmithKline, the multinational pharmaceutical company that is currently working to develop a COVID-19 vaccine. Slaoui owns stock in GlaxoSmithKline, and according to the New York Times, he took his position on Operation Warp Speed as a contractor, which exempts him from strict federal conflict-of-interest requirements and from disclosing “his outside positions, stock holdings, and other potential conflicts.”

Slaoui told the Times that he refused to take the Operation Warp Speed role if he had to sell his stock, telling Trump administration officials that “I cannot take the job if I have to sell them.”

Slaoui also holds stock in several biotech and pharmaceutical companies that could benefit from the government’s accelerated vaccine-development efforts. And until recently, he had equity valued at more than $10 million in Moderna, a drug company that is conducting clinical trials for a COVID-19 vaccine. Moderna’s stock spiked in April after the company’s CEO said it had received more than $450 million in government funds for vaccine research and again in May when Slaoui touted Moderna’s efforts at the announcement of his role on Operation Warp Speed. Soon afterward, a Health and Human Services spokesperson said Slaoui would divest his Moderna stock options after he faced criticism for the potential conflict.

Marc Short, chief of staff to Vice President Pence, owns between roughly $500,000 and $1.6 million worth of individual stocks in companies doing work related to the Trump administration’s pandemic response, according to an analysis of financial-disclosure records by NPR.

Of those holdings, Short and his wife own stock worth between $101,000 and $340,000 in Johnson & Johnson, Pfizer, and Merck — three of the five companies selected by the Trump administration as finalists for a COVID-19 vaccine candidate.

“Because the Vice President is in a key decision-making role as leader of the Trump administration’s COVID-19 task force, it is unacceptable for his Chief of Staff to have a financial stake in companies that could profit based on actions taken in response to the COVID- 19 pandemic, whether in the development of vaccines or any other component of the response,” Warren, Blumenthal, and Jayapal write.