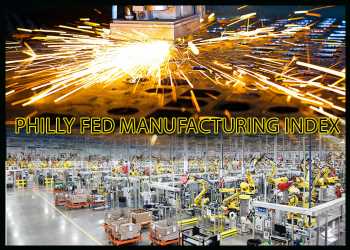 Philadelphia-area manufacturing activity unexpected expanded in the month of June, according to a report released by the Federal Reserve Bank of Philadelphia on Thursday.

The Philly Fed said its diffusion index for current general activity skyrocketed to a positive 27.5 in June from a negative 43.1 in May, with a positive reading indicating an expansion in regional manufacturing activity.

Economists had expected the index to show a much more modest increase to a negative 23.0, which would have still indicated a contraction.

The number of employees index also climbed to a negative 4.3 in June from a negative 15.3 in May, although a negative reading still indicates a loss of jobs.

“The Pennsylvania economy reopened, most companies saw increased orders and shipments and yet more companies plan to cut employees than add them,” said Chris Low, Chief Economist at FHN Financial.

“The apparent disparity is explained by the fact that 1. The index offers no sense of how big the increases are, and 2. Almost every company saw declining orders and shipments in April and May,” he added. “Activity is rising off a very low level.”

The report also said the prices paid index jumped to 11.1 in June from 3.2 in May, while the prices received index surged up to a positive 11.0 from a negative 3.1.

Looking ahead, the Philly Fed said all future indicators improved, suggesting that the firms expect overall growth over the next six months.

The diffusion index for future general activity vaulted to 66.3 in June from 49.7 in May, reaching its highest level in nearly 30 years.

On Monday, the New York Fed released a separate report showing manufacturing activity in New York steadied in the month of June after seeing sharp contractions in April and May.

The New York Fed said its general business conditions index spiked to a negative 0.2 in June from a negative 48.5 in May. A negative reading indicates a contraction in regional manufacturing activity.

The jump by the index far exceeded the estimates of economists, who had expected the index to surge up to a negative 27.5.