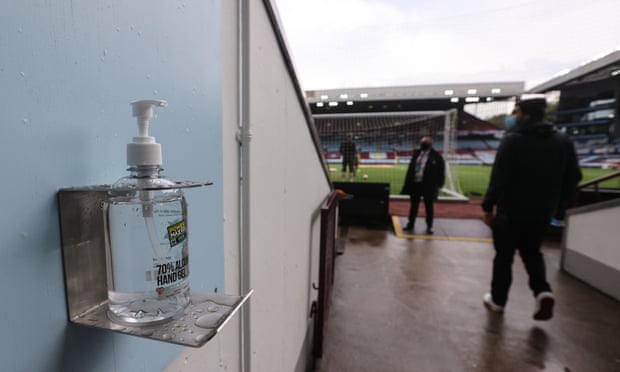 The competition watchdog is to investigate suspected profiteering by four pharmacies and convenience stores for over-charging shoppers for hand sanitiser during the coronavirus pandemic.

Stocks of hand sanitiser were among the first items the British public cleared off the shelves as the coronavirus pandemic took hold in the UK. The Competition and Markets Authority, which announced the investigations, has previously identified hand sanitiser as the product suffering the biggest price hike.

The coronavirus lockdown has prompted some of the UK’s most prominent companies to announce large-scale job losses. The aviation, automotive and retail sectors have been among the worst hit, as businesses adjust to dramatically reduced revenue projections.

While the government’s job retention scheme has so far protected millions of jobs, fears are mounting that unemployment will rise as the scheme begins to be phased out from August.

Since lockdown began on 23 March, some of the UK’s largest companies have announced plans to cut a total of 60,000 jobs globally, many of which will fall in the UK.

Rolls-Royce – 9,000 jobs
The jet-engine manufacturer has confirmed that 3,000 job cuts, of a planned 9,000 worldwide, will be made in the UK. In May Rolls-Royce said it would make the first round of redundancies through a voluntary programme, with about 1,500 posts being lost at its headquarters in Derby, as well as 700 redundancies in Inchinnan, near Glasgow, another 200 at its Barnoldswick site in Lancashire, and 175 in Solihull, Warwickshire.

BP- 10,000 jobs
The oil company said in June it plans to make 10,000 people redundant worldwide, including an estimated 2,000 in the UK, by the end of the year. The BP chief executive, Bernard Looney, said that the majority of people affected would be those in office-based jobs, including at the most senior levels. BP said it would reduce the number of group leaders by a third, and protect the “frontline” of the company, in its operations.

Centrica- 5,000 jobs
The owner of British Gas announced in June that it intends to cut 5,000 jobs, mostly senior roles, and remove three layers of management, in a bid to simplify the structure of its business. The energy firm has a total workforce of 27,000, of whom 20,000 are in the UK.

Bentley- 1,000 jobs
The luxury carmaker intends to shrink its workforce by almost a quarter, slashing 1,000 roles through a voluntary redundancy scheme. The majority of Bentley’s 4,200 workers are based in Crewe in Cheshire.

British Airways – 12,000 jobs
The UK flag carrier is holding consultations to make up to 12,000 of its staff redundant, a reduction of one in four jobs at the airline. BA intends to cut roles among its cabin crew, pilots and ground staff, while significantly reducing its operations at Gatwick airport.

Virgin Atlantic – 3,000-plus jobs
Richard Branson’s airline is to cut more than 3,000 jobs, more than a third of its workforce, and will shut its operations at Gatwick.

P&O Ferries – 1,100 jobs
The shipping firm intends to cut more than a quarter of its workforce, a loss of 1,100 jobs. The company, which operates passenger ferries between Dover and Calais, and across the Irish Sea, as well as Hull to Rotterdam and Zeebrugge, will initially offer employees voluntary redundancy.

JCB – 950 jobs
Digger maker JCB said in May up to 950 jobs are at risk after demand for its machines halved due to the coronavirus shutdown.

Ovo Energy – 2,600 jobs
Britain’s second biggest energy supplier announced in May it planned to cut 2,600 jobs and close offices after the lockdown saw more of its customer service move online.

Johnson Matthey – 2,500 jobs
The chemicals company said in June it is planning to make 2,500 redundancies worldwide over the next three years. The move will affect 17% of the workforce at the firm, which is a major supplier of material for catalytic converters.

Bombardier – 600 jobs
The Canadian plane maker will cut 600 jobs in Northern Ireland, as part of 2,500 redundancies announced in June.

The Restaurant Group – 1,500 jobs
The owner of Tex-Mex dining chain Chiquito, and other brands including Wagamama and Frankie & Benny’s, said in March that most branches of Chiquito and all 11 of its Food & Fuel pubs would not reopen after the lockdown, leading to the loss of 1,500 jobs.

Monsoon Accessorize – 345 jobs
The fashion brands were bought out of administration by their founder, Peter Simon, in June, in a deal which saw 35 stores close permanently and led to the loss of 545 jobs.

Oasis and Warehouse – 1,800 jobs
The fashion brands were bought out of administration by restructuring firm Hilco in April, in a deal which led to the permanently closure of all of their stores and the loss of more than 1,800 jobs.

Debenhams – 4,000 jobs
At least 4,000 jobs will be lost at Debenhams as a result of restructuring, following its collapse into administration in April, for the second time in a year.

Mulberry – 470 jobs
The luxury fashion and accessories brand said in June it is to cut 25% of its global workforce and has started a consultation with the 470 staff at risk.

Jaguar Land Rover – 1,100 jobs
The car firm is to cut 1,100 contract workers at manufacturing plants the UK, potentially affecting factories at Halewood on Merseyside and Solihull and Castle Bromwich in the West Midlands.

Travis Perkins – 2,500 jobs
The builders’ merchant is cutting 2,500 jobs in the UK, accounting for almost a 10th of its 30,000-strong workforce. The company, which is behind DIY retailer Wickes and Toolstation, said the job losses will affect staff in areas including distribution, administrative roles and sales. The move will also affect staff across 165 stores that are now earmarked for closure.

“The investigations relate to suspected charging of excessive and unfair prices for hand sanitiser products during the coronavirus pandemic,” the CMA said.

“This investigation is at an early stage and no assumptions should be made that competition law has been infringed. The CMA has not reached a view on whether there is sufficient evidence of an infringement of competition law for it to issue a statement of objections to any of the parties under investigation.”

The CMA did not name the companies involved.

Last month, Marks & Spencer was accused of exploiting the Covid-19 pandemic by selling bottles of hand sanitiser for twice as much as equivalents elsewhere. The supermarket chain advertised 500ml bottles in stores for £11.50, after initially accidentally pricing them at £15. Another brand’s bottle of the same amount of hand sanitiser was available at Boots for £4.15.

The CMA taskforce on coronavirus-related issues said it has been contacted more than 60,000 times between 10 March and 17 May.

In April, the CMA sent advisory or warning letters to 187 firms after receiving 2,500 complaints about large price rises on food and personal hygiene products such as hand sanitiser. As of 21 May that number had reached 7,000.

The largest price increases complained about related to hand sanitiser, with a reported median rise of 367%. The CMA wrote to trade bodies representing convenience stores as well as online trading sites Amazon and eBay in its attempt to tackle price rises.

The CMA said that since mid-April, the biggest source of complaints had been about cancellations and refunds relating to holidays, with consumers dissatisfied with their treatment by some airlines and travel companies. In May, cancellations accounted for three-quarters of all complaints to the CMA, with nearly 20,000 by 21 May.