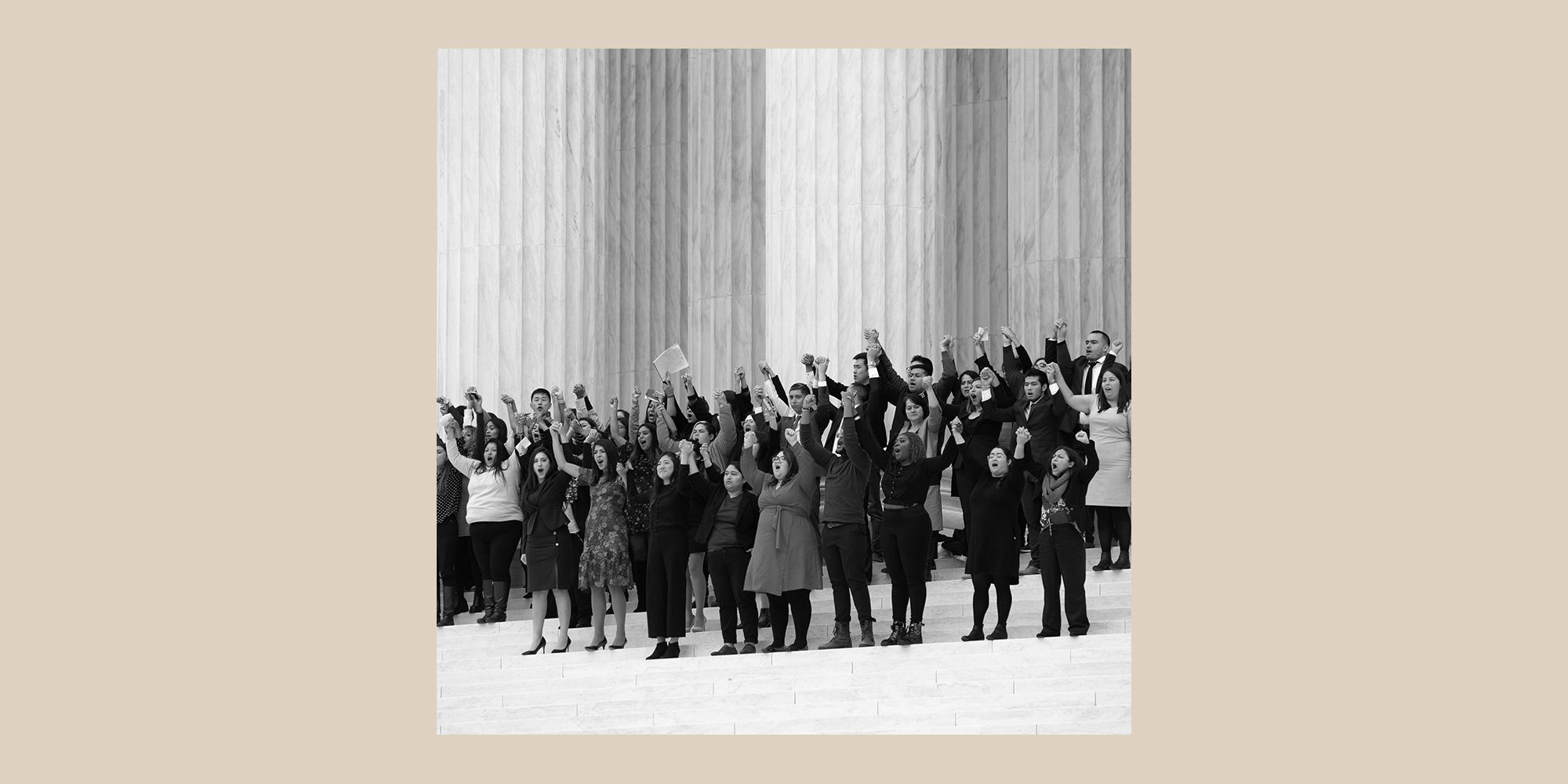 On June 18, the Supreme Court ruled that the Trump administration cannot immediately end DACA, the Obama-era program that keeps hundreds of thousands of Dreamers from deportation.

While the opinion was a huge win for immigration activists and recipients of the program, who have lived in fear under Trump’s anti-immigration policies, it does not ensure that Dreamers can stay on American soil permanently. The Trump administration could still try to end the program with a different reasoning.

But for now, Dreamers, many of whom moved to the United States when they were small children, can continue living their lives—going to school and work, taking care of their families, and contributing to the communities they’ve been a part of for their whole lives. Here, five Dreamers reflect on what the most recent SCOTUS decision means to them.

“Last week, when the Supreme Court handed down its decision to preserve DACA, I sat at my desk in shock. When the news sunk in, I found myself jumping for joy, unable to contain my emotions. I raced to my mom’s house to pick up my son and tell him the good news. When I did, his eyes widened and he asked, ‘Does that mean you get to stay here with me forever?’

I haven’t felt this way in a long time. It felt like my soul was returning to my body.

“My partner and I are DACA recipients raising a 10-year-old U.S. citizen with special needs. Ever since the Trump administration moved to rescind DACA in 2017, he’s been worried about losing his parents. He even flew with me to D.C. to personally ask our senators and representatives to fix our laws so his parents can stay. He sees all the ways I give back to this country and can’t understand why its leaders would want to deport me.

“I work at a nonprofit where I help vulnerable communities in South Bend; during the pandemic I’ve been delivering food and helping homeless people find resources to get back on their feet. It’s my way of giving back the country that allowed our family to escape harsh economic conditions in our native Mexico.

“Still, it’s heartbreaking to see the anxiety this caused my child. I told him that we are safe for now, but that we still need Congress to pass legislation that gives Dreamers permanent protections. After this, we held each other tightly. Waves of relief washed over us. I haven’t felt this way in a long time. It felt like my soul was returning to my body.” 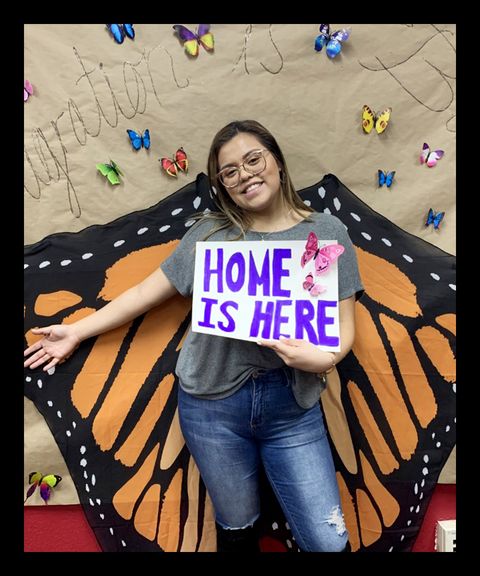 “When I heard last week’s announcement that the Supreme Court was saving DACA, I ran into my parents’ room sobbing. My mother woke up alarmed, but when she heard me cry out ‘We won! We won!’ she quickly understood.

“Ever since President Trump announced the end of DACA two and a half years ago, I’ve lived with a sick sense of dread. I’d have panic attacks so terrifying that my boss at the Oakley store where I used to work gave me permission to run to the back room whenever I felt one coming on. I went through a really dark time when I hid out at home depressed, and rarely went out with my college friends.

“I couldn’t even conceive of having to move to Mexico, if I’d gotten deported. I came to the United States when I was three years old and I’ve never even visited Mexico since!

Now I’m letting myself have a little hope.

“What’s helped me most is becoming an activist with other undocumented students, and I’ve decided to major in political science at the University of Nevada, where I’m a junior, to learn how to influence public policy to fight for change. For months, we’d been planning a social media campaign in case we got bad news.

“But I can’t believe the Supreme Court stood up for us! I love Justice Sotomayor’s comment: ‘This is not about the law. This is about our choice to destroy lives.’ Now I’m letting myself have a little hope. What if Congress passes legislation that gives me and other Dreamers a chance to become American? That’s what I wish for more than anything in this world.” 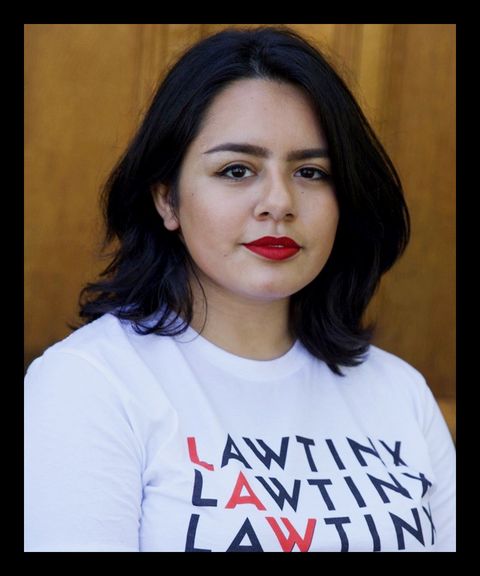 “Today I can breathe a little easier. Last week, the Supreme Court ruled that the way DACA was taken away from us was illegal. It fills me with pride and joy to know that the efforts of so many of us who lifted our voices and put our bodies and livelihoods on the line were not in vain. But the most important thing for me, however, has been to remember that DACA is not permanent. I can hardly count the number of legal battles we’ve been involved in these last few years. It’s exhausting.

I can hardly count the number of legal battles we’ve been involved in these last few years. It’s exhausting.

“I have lived in the United States since I was two years old. I grew up in a small town in Alabama and did not realize the impact that being undocumented made on my life until I was in driver’s education in high school and discovered I needed a social security number to get a driver’s license. DACA was enacted my senior year of high school. Suddenly, I was able to attend college, and now law school. And yet, my mother is still in deportation proceedings. She goes before an immigration judge in October. Today is a celebration, but tomorrow the work begins again.” 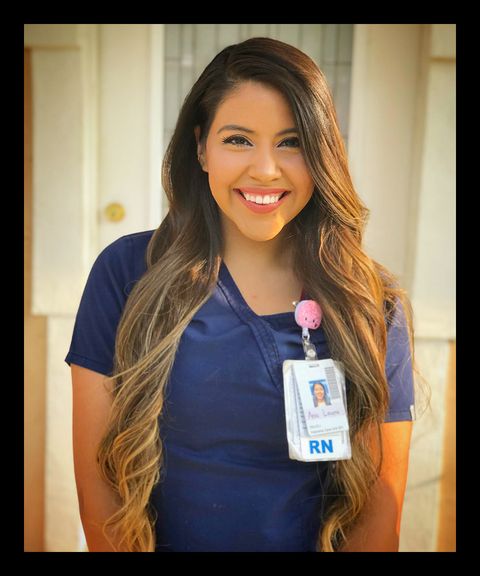 “I haven’t been sleeping well lately, knowing the Supreme Court’s decision could come any day and possibly upend my life. The morning of the decision I kept refreshing my phone, scared of what the news might bring. When the headline flashed across my screen, I couldn’t believe it. I could now stay in the country, stay at my job in an Austin ICU trauma unit working on the frontlines of COVID-19 and attend graduate school in the fall for anesthesiology.

It’s such a relief knowing that our lives are secure—at least for now.

“I ran through the house to tell my parents the news—my amazing parents who sacrificed everything for me and my sister. When I was three years old, they gave up their successful careers in psychology and accounting in Mexico to bring us to the U.S. Since then, they’ve worked hard every day to help us achieve the American Dream. They’re permanent residents, but if the Trump Administration deported me, they weren’t going to send me alone to a country I barely remember. They were actually preparing to move with me when the ruling came. It’s such a relief knowing that our lives are secure—at least for now.” 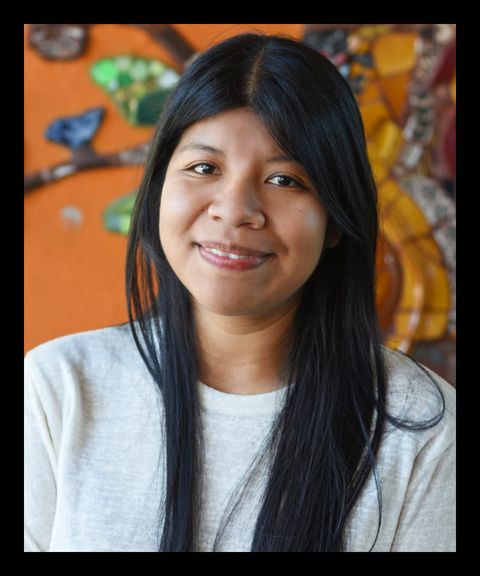 “I was on my way to a coffee shop with my friend Lili when another friend texted me, ‘DACA stays.’ We were like, ‘What?’ We couldn’t believe it. But then we started reading all the articles confirming the Supreme Court sided with us. I was in shock. Lili was so excited she gave me the biggest hug.

The fact is, we’re still living in limbo until Congress comes up with a permanent solution for Dreamers.

“The SCOTUS decision is a huge win. Living in limbo has been emotionally exhausting. Every day, I was counting the days left on my status. I provide transportation for my parents. I work as a community organizer at Hope Community Center in Apopka, FL. My American-born nephew is the brightest spot in my life and I love spending time with him. To know all of that could have been taken away had the decision been different is terrifying. The fact is, we’re still living in limbo until Congress comes up with a permanent solution for Dreamers.

“I was born in Guerrero, Mexico. I’ve lived in America since I was 10. This is my home. It’s Dreamers like me who’ve shared our stories, marched in the streets, and called our legislators to make our voices heard that saved DACA. And we’re not giving up until we have a pathway to citizenship here in the country we’ve spent years investing and building our lives in.”