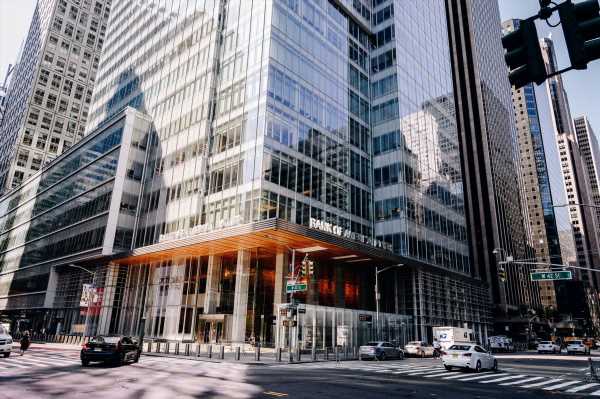 A long-running clash over the ability of Wall Street banks to weather hard times and still pay shareholder dividends is gaining urgency as the number of Covid-19 cases ticks up and economic data remain gloomy.

Critics, including a number of government and Federal Reserve veterans of the 2008 financial crisis, say they’d rather see the banks marshal resources for a rocky road ahead than continue paying shareholders.

On Thursday, the central bank will announce results of its annual stress tests, which for the first time will include a “sensitivity analysis” to gauge how well banks can navigate an economy shattered by a global pandemic. While the Fed will release evaluations for individual institutions, the outcome of the sensitivity exam will have a single score for all the banks in the test.

The findings could feed a growing clamor for the biggest banks to suspend or cut dividend payments after they temporarily quit share buybacks for this quarter. Sheila Bair, who led the Federal Deposit Insurance Corp. during the last crisis, said the Fed shouldn’t need stress tests to put a stop to dividends.

“It troubles me that the Fed seems to be struggling to make a judgment independent from what the big banks want,” Bair said in an interview. “We don’t know how bad it will get. It’s common sense and prudence to ask banks to retain capital.”

During the months-long coronavirus lockdown, the biggest U.S. banks stuck to their intention to continue dividends. For the first three months of 2020, the four biggest U.S. commercial banks -- Bank of America Corp., Citigroup Inc., JPMorgan Chase & Co. and Wells Fargo & Co. -- all paid them, with JPMorgan and Wells Fargo paying out more than their net incomes.

From the start of 2017 through March, the four banks cumulatively returned about $1.26 to shareholders for every $1 they reported in net income, according to data compiled by Bloomberg. Citigroup returned almost twice as much money to its stockholders as it earned, according to the data, which includes dividends on preferred shares. The banks declined to comment.

“The Fed has been great in all other respects,” Jeremy Stein, chairman of the Harvard University economics department and a Fed governor from 2012 to 2014, said in an interview, referring to the central bank’s bailout programs. “But here, on bank regulation, they’re behind.” Stopping dividends is “a no-brainer.”

Federal Reserve Bank of Minneapolis President Neel Kashkari, who as a Treasury Department official in 2008 helped design the Troubled Asset Relief Program, called on the banks to raise capital rather than spend it on payments to shareholders. In a Financial Times op-ed in April, Kashkari said that would be “the most patriotic thing.” And in an interview, Donald Kohn, who was the Fed’s vice chair under Ben Bernanke during the financial crisis, said it’s important to “make sure the banks have enough capital to survive a prolonged downturn in the economy.”

Recent data foretell months of hardship. This week, 31 states reported mounting cases of Covid-19, compared with 21 last month. More than 37 million Americans are struggling with hunger, a number that’s expected to climb to 54 million, including 18 million children, by the end of the year, according to advocacy group Feeding America.

About 20.5 million Americans filed continuing claims for jobless benefits in the first week of June, according to the Labor Department, and extended benefits -- the extra $600 a week the government is paying people who recently lost their jobs -- are set to expire July 31. Home-loan delinquencies increased to the highest since 2011, and weekly corporate bankruptcies soared to the most since 2009.

The strength of the recovery is going to depend on banks’ willingness to lend, and one lesson policy makers took from the 2008 financial crisis is that banks with high capital levels tend to extend more credit to households and businesses, said Thomas Hoenig, who was president of the Federal Reserve Bank of Kansas City during the financial crisis and is now at George Mason University.

In a presentation Friday, Quarles described the process that brought the financial industry to this point. After the 2008 meltdown, he said, Congress and the regulators established a system for making sure banks remained solvent -- and can even keep issuing dividends -- during another crisis.

The crisis has arrived, and the Fed board decided to let its stress-test process go forward instead of insisting that banks hold off on dividends for a while. That said, Quarles promised that the Fed’s special Covid-19 analysis will influence what the agency directs banks to do with their capital plans. Fed Chair Jerome Powell has agreed with Quarles on this strategy.

In a reminder of how quickly losses can mount in a deteriorating economy, U.S. banks entered April with an almost spotless loan book. A growing economy and tougher lending standards had combined to produce years of falling delinquency rates. At the end of March, just 1.59% of the industry’s loans were at least 30 days late, according to FDIC data, a far cry from the record 7.39% in 2010, as the last crisis reverberated.

But banks can see dark clouds forming, so last quarter they added to the amount of money they set aside to cover delinquencies and defaults. It’s now about half the industry’s peak level of 10 years ago.

Investors have battered bank stocks this year and may not be sympathetic to suspending dividends, though James Bullard, president of the Federal Reserve Bank of St. Louis, told Bloomberg TV on Tuesday that he thought markets have probably " class="terminal-news-story" target="_blank">already priced in dividend reductions.

“Banks’ ability to raise the capital needed to provide credit to businesses and households will be permanently reduced if investors learned that bank dividends would always be cut in bad times, irrespective of each bank’s current capitalization and future prospects,” said Greg Baer, chief executive officer of the industry group Bank Policy Institute.

Stephen Schwarzman is among those who see less reason to worry about the economic future. The Blackstone Group Inc. CEO said Monday he expects a so-called V-shaped recovery -- quick and dramatic -- due in part to the government’s stimulus programs.

After years of regulators directing them to build up capital, the biggest U.S. banks came into the coronavirus crisis on far sounder footing than they had in 2008, when a credit crunch froze lending around the world, and far better than their counterparts in Europe, where dividends have been suspended.

“We’ve done the math and even under pretty negative scenarios, banks have enough capital to pay the dividends,” said Mike Mayo, a bank analyst at Wells Fargo. “The Fed can always change its mind in two quarters. There’s a huge cost of not waiting. It will send a negative signal to the market that could potentially lead to a negative feedback loop.”

But Paul Tucker, a former Bank of England deputy governor who now chairs the think tank Systemic Risk Council, dismissed that argument. The Fed already is propping up markets, he said, and allowing the biggest banks to continue paying dividends is a mistake that could haunt the central bank if the economy doesn’t come roaring back.

“Is it a plausible proposition that talk in about five years’ time will be, ‘If only they had allowed banks to pay dividends, we would have gotten through these times so much better?’” Tucker said of the Fed. “I don’t think so.”

— With assistance by Jesse Hamilton