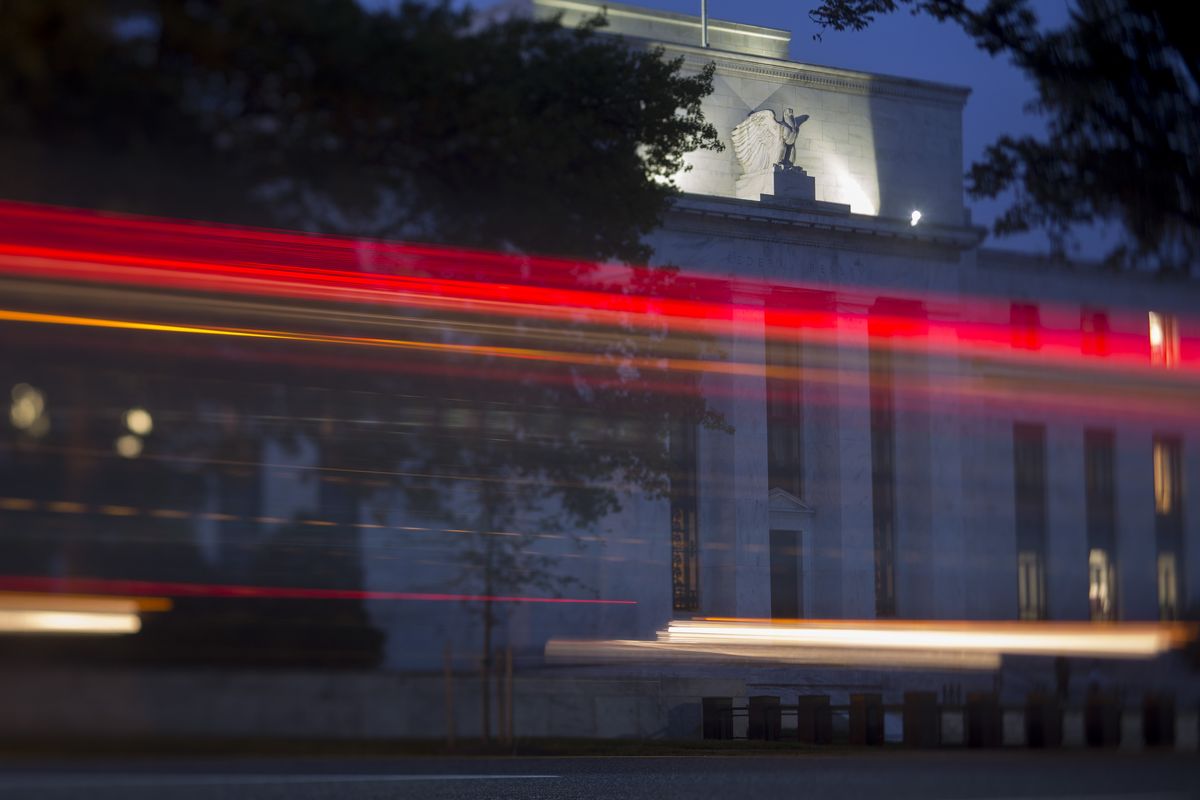 Jerome Powell likes to point out how the Federal Reserve’s run-it-hot policy to prolong growth helped low-income Americans get jobs and pay raises.

But after those gains were blown away by the coronavirus, the Fed chair’s zero-rates rescue is falling short of helping the most vulnerable in the labor market. Instead, it may end up widening inequalities.

New research by Fed economists shows how badly the pandemic-era job losses skewed against the poor, who got laid off at four times the pace of higher earners. Women and minorities were hit especially hard, Labor Department data shows.

“The pandemic exposed just how fragile the labor market was,” said Valerie Grant, a senior fund manager for AllianceBernstein’s Responsible U. S Equities portfolios. While the Fed’s focus on addressing labor inequalities is “laudable,” she said, “I don’t know that it will prompt real change. There are limits to what monetary policy alone can do.”

Powell himself is making that point with growing urgency as inequalities widen.

While labor faces a long grind to regain its pre-crisis footing, capital markets have come roaring back –- largely thanks to the multi-trillion-dollar rescue that the Fed helped orchestrate.

By the end of May, employment among the lowest-paid one-fifth of Americans was still about 30% below February levels, according to a paper co-authored by Fed economists this month. By that point, U.S. stocks -– whose ownership skews toward the wealthy and white -– had recouped most of their losses and were down about 10% from the year’s highs.

Powell and his colleagues strongly deny that their policies are exacerbating inequality. They say they’ll do everything in their power to get America back to the hot jobs market of 2019 -– including by keeping interest rates near zero for the foreseeable future.

But the Fed chief is bluntly telling officials in charge of U.S. government spending that in the fight to avert a depression, the buck largely stops with them.

On Tuesday, Powell is due to testify jointly with Treasury Secretary Steven Mnuchin in Congress, where lawmakers are debating whether to add to the $3 trillion of pandemic-stimulus they’ve approved — or start dialing it back.

All over the world, governments are turning to fiscal policy to pull their economies out of the worst slump in generations, amid a growing consensus that monetary policy — the central tool of economic management for several decades — is running out of road.

In America, “for the lesser skilled and educated, it’s going to be a long, long road back,” said Mark Zandi, chief economist at Moody’s Analytics. “The Fed can only take us part of the way.”

Full recovery in employment will likely require policies such as wider provision of childcare and training, and job-creating investments in infrastructure, Zandi said. “It’s going to take a lot of federal and state and local government support to get us back, even with the Fed’s foot flat on the accelerator.”

Around 20 million Americans remain unemployed, data published Thursday showed. The jobless rate for Black Americans, which hit a record low of 5.4% last year, stood at 16.8% in May. Nearly one out of every five Hispanic women is out of a job.

Such numbers, at a time when unrest spurred by racial and economic injustice is already gripping the nation, risk fanning the flames. And the latest virus reports, showing a resurgence of cases across the country as the economy reopened, has set back hopes of a relatively swift rebound.

Prior to the pandemic, Powell had been able to point to the benefits of running a tight or hot labor market, with the lowest jobless levels in 50 years helping to erode inequalities. In Congressional testimony this month, he warned that the current slump could have the opposite effect.

“If not contained and reversed, the downturn could further widen gaps in economic well-being,” he said.

The central bank crossed its own “red lines” during the rescue efforts, by buying junk-rated debt and lending to local governments. The Fed cut its benchmark interest rate to zero, and it’s “not even thinking about thinking about” raising it, according to Powell.

Congress has played its part, with fiscal steps including grants to help small businesses and beefed-up unemployment benefits. Now some Republicans are reluctant to extend the measures as they gradually expire in the second half of 2020.

“It would be a concern if Congress were to pull back from the support that it’s providing too quickly,” Powell told the House panel. He drew a swift rebuke from the panel’s ranking Republican, who said that fiscal policy is Congress’s business not the Fed’s.

Since early in his term, Powell has shown an interest in pushing the Fed’s monetary policy as far as it can go in the direction of maximum employment, which it’s legally mandated to deliver — and questioning whether it’s gone about that task the right way in the past.

At a hearing in July 2019, Powell agreed with Rep. Alexandria Ocasio-Cortez, a standard-bearer for the progressive left, that the Fed was wrong about its previous estimates of full employment. One consequence of that is central bankers raised rates too fast before letting the economy’s engine of job-creation spread gains through minority communities.

The problem is that such insights, about how a high-pressure economy can reduce inequality, likely won’t be applicable for quite a while. At least, not by central bankers.

“Monetary policy could be reaching its limits,” said John Briggs, head of strategy for the Americas at NatWest Markets.

“The central bank can support the fiscal side, which is what they have been doing,” he said. “But directly putting the money into consumers’ pockets — or extending the unemployment benefits — will be a lot more helpful. As opposed to whether the Fed buys $10 billion or $100 billion of corporate bonds.”