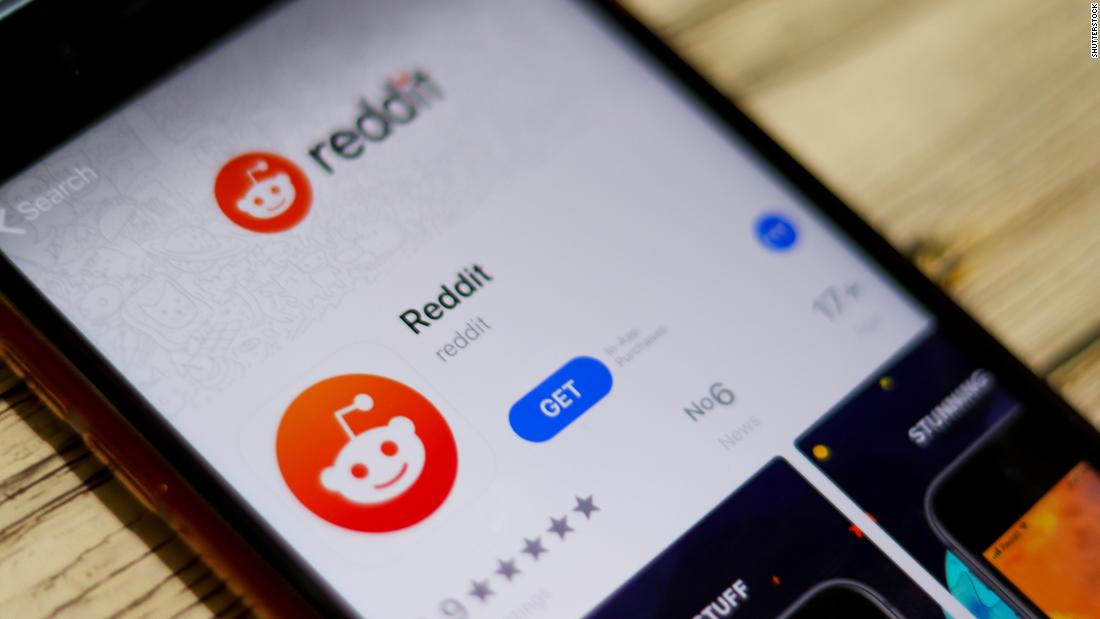 New York (CNN Business)Reddit, one of the most controversial social sites, is now trying to tackle hateful content on its platform amid broader calls for racial justice.

On Monday, the social networking site said subreddits — or forums — and users that promote hate based on “identity or vulnerability” will be banned. As part of the policy change, Reddit is initially banning about 2,000 subreddits, including “The_Donald,” a popular community supportive of President Donald Trump, where users often shared racist, misogynistic, homophobic and conspiracy content.
Reddit said “The_Donald” forum has consistently broken its rules, antagonized other communities, and the moderators have refused to meet Reddit’s “most basic expectations.” The company also said it has given the community warnings and changed its moderators. In 2019, it “quarantined” the forum, meaning people visiting the subreddit would see a warning message before accessing it and the forum’s posts would not appear in search.

“All communities on Reddit must abide by our content policy in good faith. We banned r/The_Donald because it has not done so, despite every opportunity,” Reddit said on Monday.
Reddit said the vast majority of the accounts it’s banning are inactive, and of these, only about 200 have more than 10 daily users.

The decision to ban “The_Donald” comes at a time when social media platforms are taking stronger stances against controversial content posted by Trump, or in the case of Reddit, by his apparent supporters. Twitter has increasingly been flagging Trump’s tweets, Snapchat said it would no longer promote Trump’s account on its platform and Twitch said Monday it would suspend an account belonging to the Trump campaign.
The bans were part of a broader update to Reddit’s content policy announced on Monday. Reddit posted a series of rules that prohibit spam as well as malicious attempts to interfere with other communities.
For social networks, announcing new policies is the easy part, but enforcing them is the bigger challenge. Reddit said its enforcement will include “asking you nicely to knock it off,” temporarily or permanently suspending accounts, adding restrictions to communities, and removing content.
Reddit, which calls itself the front page of the internet, has long wrestled with addressing hateful and racist content on its platform. Steve Huffman, Reddit’s cofounder and CEO, has come under fire in the past for not taking action on the site’s communities where racist views and language are frequently spewed. In 2018, he said racial slurs are permitted on the site.
As much of Silicon Valley has faced renewed scrutiny on how it handles race and diversity — both in its products and in its board rooms — Reddit has begun taking some steps to improve.

Earlier this month, Reddit cofounder Alexis Ohanian stepped down from the company’s board and urged he be replaced with a black candidate. The company has since named Michael Seibel, the CEO of Silicon Valley startup accelerator Y Combinator, as the first black board member in Reddit’s history.
An open letter co-signed by more than 800 communities on Reddit earlier this month called on Huffman to take six steps to tackle racism and hate, including creating a policy against racism, slurs and hate speech targeted at protected groups, as well as “being proactive” in banning hateful users and hate-based communities. The letter also said Reddit needs to hire more women and minorities, especially in leadership roles.
Source: Read Full Article