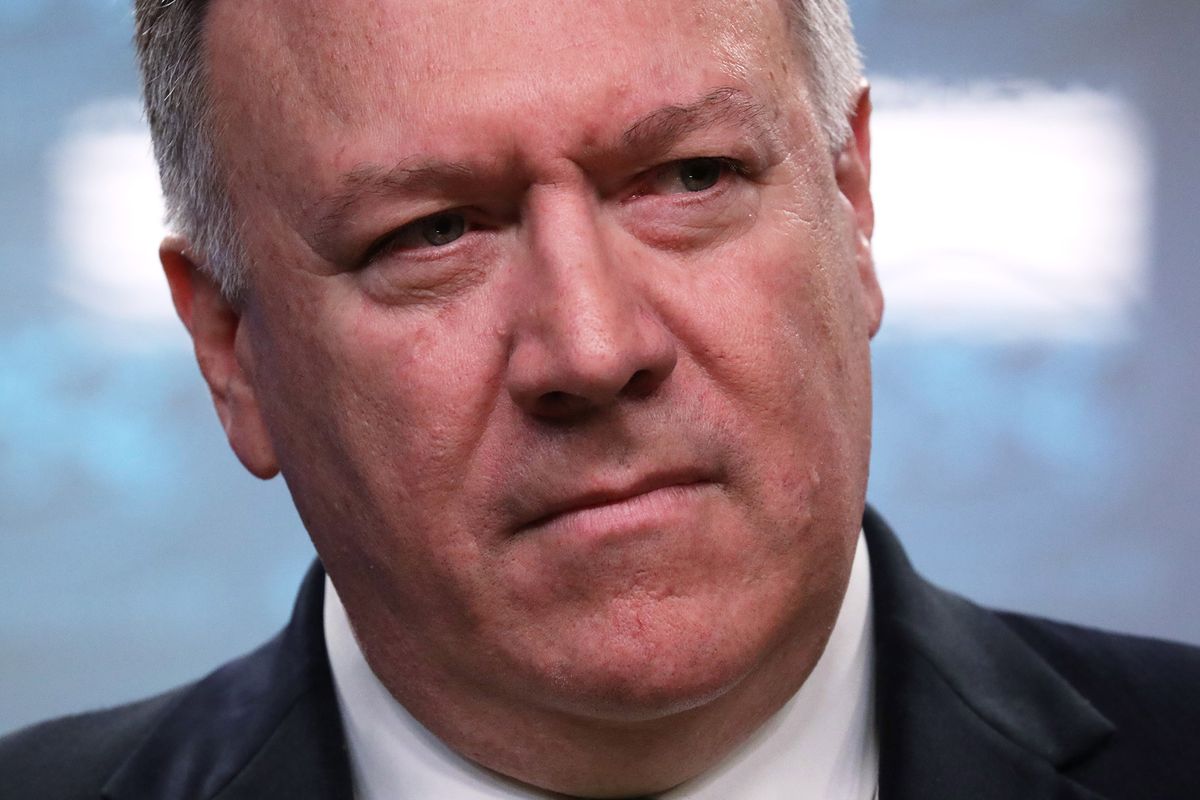 The U.S. State Department imposed visa bans on Chinese Communist Party officials accused of infringing the freedom of Hong Kong citizens, in what a senior official described as the opening salvo in a campaign to force Beijing to back off from new restrictions on the city.

Secretary of State Michael Pompeo said in a statement Friday that he was barring travel to the U.S. by “current and former CCP officials who are believed to be responsible for, or complicit in, undermining Hong Kong’s high degree of autonomy.” He said family members may also be affected, but, as is customary in visa cases, he didn’t name the officials.

The visa move is largely symbolic. Chinese officials are unlikely to visit the U.S., especially now that the coronavirus pandemic has shut down most international flights and the U.S. has imposed strict limits on travelers from China, where the outbreak began.

But the State Department official, who asked not to be identified discussing internal strategy, said it was intended as the first of many steps the U.S. plans to punish China over its moves to rein in Hong Kong.

The official said the timing also was intended to send a message: On Sunday, China’s top legislative body is expected to discuss — and possibly approve — a national security law that critics say will rob residents of the former British colony of many of their political freedoms.

American and European officials say the security law would violate China’s promise to abide by the “One Country Two Systems” model that was adopted when it took back sovereignty over the colony from the U.K. in 1997.

In late May, President Donald Trump promised sanctions against Chinese and Hong Kong officials “directly or indirectly involved” in eroding Hong Kong’s autonomy, vowing that the actions would be “strong” and “meaningful.”

Despite Trump’s tough stance, the administration remained silent in the weeks since. Several people familiar with that process, who also asked not to be identified discussing private deliberations, said Trump made that announcement in the White House Rose Garden well before the administration had pinned down what exactly the U.S. might do.

Those people said there has been intense debate within the administration over how hard to hit China. Severe sanctions or a move to strip Hong Kong of its special trading status might get China’s attention but also risk further damage to a global economy already devastated by the coronavirus.

“There are massive collateral consequences at risk,” said Adam Smith, a former senior adviser in the Treasury Department’s sanctions unit and now a partner at Gibson, Dunn & Crutcher. “The problem is that sanctions are such a big stick.”

The move on Friday comes as ties between the world’s two largest economies steadily deteriorate. The two sides had little progress to announce after Pompeo met with the Communist Party’s top foreign policy official for talks in Hawaii last week, and the top U.S. diplomat continues to hammer China over its handling of the coronavirus pandemic, its imprisonment of Muslims in Xinjiang province and issues from trade violations to intellectual-property theft.

The Pentagon on Wednesday published a list of 20 Chinese companies it said were owned or controlled by China’s military, potentially exposing them to further scrutiny or sanctions in the U.S.

The U.S. Senate approved a bipartisan measure Thursday that would penalize banks doing business with Chinese officials involved in the national security law the country is seeking to impose on Hong Kong.

The measure sponsored by Democrat Chris Van Hollen of Maryland and Republican Pat Toomey of Pennsylvania was approved by voice vote. Companion legislation has been introduced in the House with bipartisan support; it would need to pass that chamber before it reaches Trump’s desk.

A Hong Kong government spokesman said the sanctions are “totally unacceptable,” calling the U.S.’s comments on the city “seriously misleading and absolutely unfounded,” in a statement issued late Friday. The spokesman urged the U.S. to “immediately stop interfering” in the city’s internal matters.

Any sanctions imposed under the U.S.’s Hong Kong Autonomy Act will not create an obligation for financial institutions under Hong Kong law, according to the government statement. The city has a well-established criminal judicial system to ensure fair prosecution of people involved in “illegal protests,” it said, referring to months of social unrest that started in June last year against Beijing’s tightening grip over the city.

— With assistance by Bill Faries, and Shirley Zhao