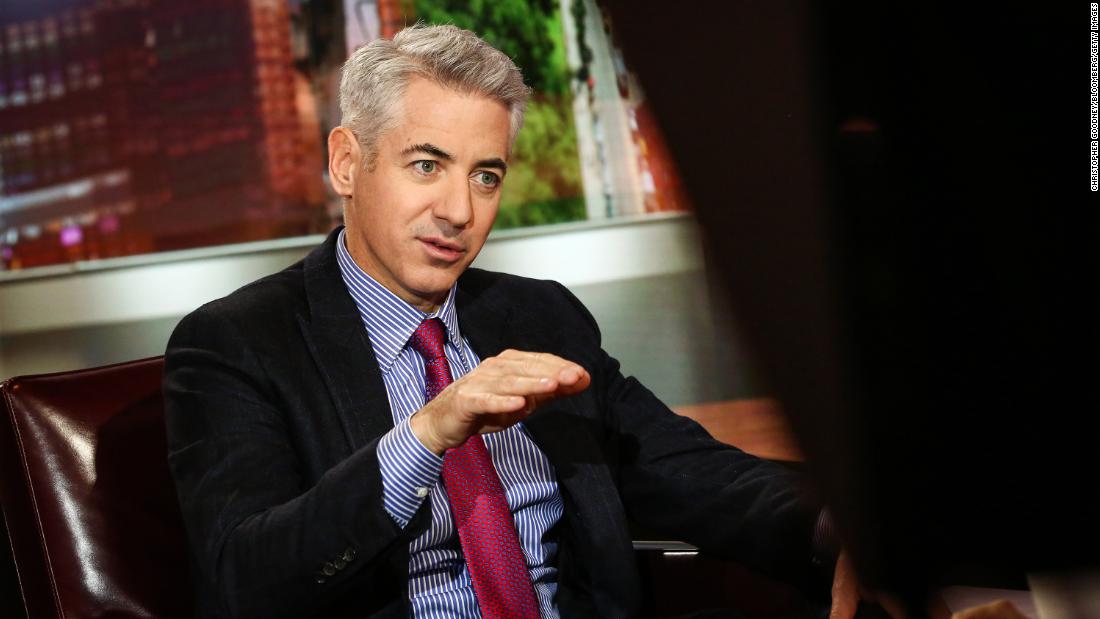 Ackman’s Pershing Square filed paperwork with the Securities and Exchange Commission last week to sell stock in a “blank check” company — the term for publicly traded firms with no or limited operating assets — named Pershing Square Tontine Holdings.
The goal of the company, which would trade on the New York Stock Exchange under the ticker symbol PSTH, is to raise at least $3 billion and perhaps as much as $6.45 billion. It would be the largest blank check deal ever.

Pershing Square said it hopes to use the new shares to buy a “mature unicorn” — one of “numerous high-quality, venture-backed businesses” with “significant scale, market share, competitive dominance and cash flow.”

Parade of unicorns waiting in the wings to go public 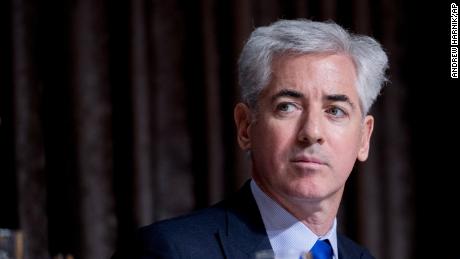 “Many of these companies have chosen to remain private, as there has been, until recently, limited pressure from their investors for liquidity, and large amounts of growth capital available from investors, mutual funds and hedge funds,” Pershing Square said in its filing.
Ackman, who is famous for being an activist investor, has generated huge profits from stakes in Wendy’s (WEN), Starbucks (SBUX) and Chipotle (CMG). But he has lost big by shorting (i.e. investing in a stock with the hopes that the price will go down) nutritional supplements company Herbalife (HLF) and betting on a turnaround in struggling (and now bankrupt) retailer JCPenney.
Ackman also lost on a controversial investment on Valeant Pharmaceuticals, a company that was criticized for jacking up drug prices and also had accounting problems. Ackman sold his stake in Valeant in 2017. The company has since changed its name to Bausch Health Companies. (BHC)
More recently, Ackman generated controversy after he made a $2.6 billion profit earlier this year from hedging against a market crash — after doing interviews calling for President Trump to shut down the economy for a month because he thought “hell is coming” due to the Covid-19 outbreak.
But Ackman appears to be more bullish now, as he’s willing to take a dive into the new offering market.

SPAC or IPO? That is the question

Blank check firms, also known as special purpose acquisition companies (SPACs), have become popular ways for private companies to make their debuts on Wall Street in recent years.
Virgin Galactic (SPCE), DraftKings and electric truck company Nikola have all gone public through mergers with SPACs.
Another SPAC named Landcadia Holdings II announced Monday that it will buy online casino company Golden Nugget Online Gaming. When the deal is closed, Golden Nugget will trade under the ticker symbol GNOG.
More companies are willing to go public this way, said Jim Ross, chairman of Fusion Acquisition Corp — a SPAC looking to buy a financial tech firm — that began trading on Friday.
Ross noted in an interview with CNN Business that it’s easier for private companies to go public through a SPAC deal than an IPO, and his company is having multiple conversations with potential targets. 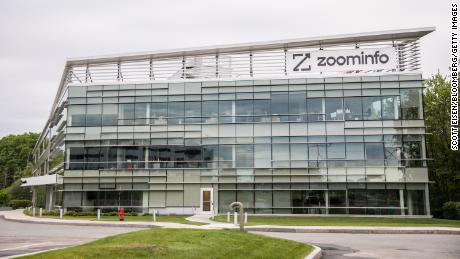 Still, some private companies may choose to sell new shares. The traditional initial public offering market has rebounded lately as the broader stock market has bounced back.
Among the recent successful debuts are Warner Music Group, online car seller Vroom, business database company ZoomInfo and several biotechs.
But Pershing Square Tontine called “the IPO process inherently uncertain and risky” in its filing. Uber (UBER) and Lyft (LYFT) are high profile examples of so-called mega unicorns that did not live up to considerable hype.
Pershing Square also cited significant upfront expenses and regulatory hurdles as factors that “have discouraged many large private companies from attempting to execute public offerings in the current environment.”

Since many of these “mature unicorns” have been hit hard by the Covid-19 pandemic, a public offering could help supply them with fresh new capital, the company added in the filing.
But Pershing Square said it is not limiting itself to looking just for unicorns. The company said in its filing that companies owned by big private equity firms and large, family-owned businesses could benefit from a merger with the SPAC.
Source: Read Full Article