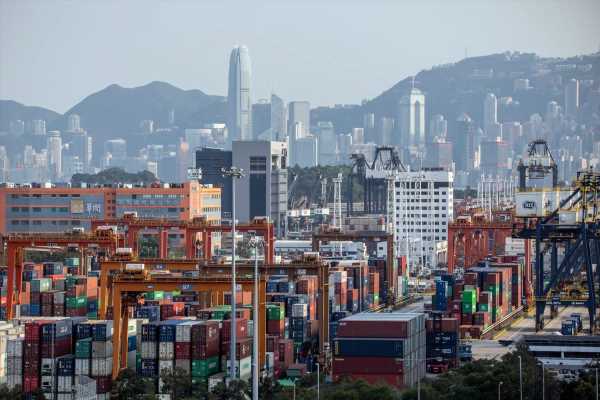 The Trump administration escalated pressure on China Monday over its crackdown on Hong Kong by making it harder to export sensitive technology to the city, the latest step toward revoking the former U.K. territory’s special trading status.

“With the Chinese Communist Party’s imposition of new security measures on Hong Kong, the risk that sensitive U.S. technology will be diverted to the People’s Liberation Army or Ministry of State Security has increased, all while undermining the territory’s autonomy,” Commerce Secretary Wilbur Ross said in a statement that provided little detail on specific impacts.

Exports of sensitive technologies to Hong Kong have previously been treated differently from those to mainland China, where exporters have to apply for special licenses. Monday’s announcement revokes the special treatment for shipments to Hong Kong, likely setting up a tedious application process for companies.

President Donald Trump said on May 29 that the U.S. would begin the process of eliminating policy exemptions that give Hong Kong different and special treatment. He announced that the shift would affect the full range of agreements with Hong Kong including export controls on dual-use technologies.

The U.S. move was the latest as relations with China continue to deteriorate over Hong Kong and other fronts. The president continues to blame the country for the spread of the coronavirus. His attacks on China have become part of his re-election campaign. And both nations’ warships and combat jets continue to track each other in the contested South China Sea.

Late last week, Secretary of State Michael Pompeo announced visa restrictions on Chinese officials involved in the Hong Kong crackdown. He did not name any officials. Pompeo said on Monday that the U.S. would cease selling defense equipment to Hong Kong, a largely symbolic act that will mostly affect sales with the city’s police and corrections forces.

Trump delivered remarks last Friday that, while harsh, did not threaten specific punishments for the Beijing government.

At the same time, however, China’s top legislative body is poised to approve the new national security legislation — a sweeping attempt to quell dissent that risks further U.S. retaliation and Hong Kong’s appeal as a financial hub.

The law brings yet more uncertainty as Hong Kong faces its deepest recession on record after last year’s protests and the global pandemic.

— With assistance by Ben Livesey, Iain Marlow, and Nick Wadhams