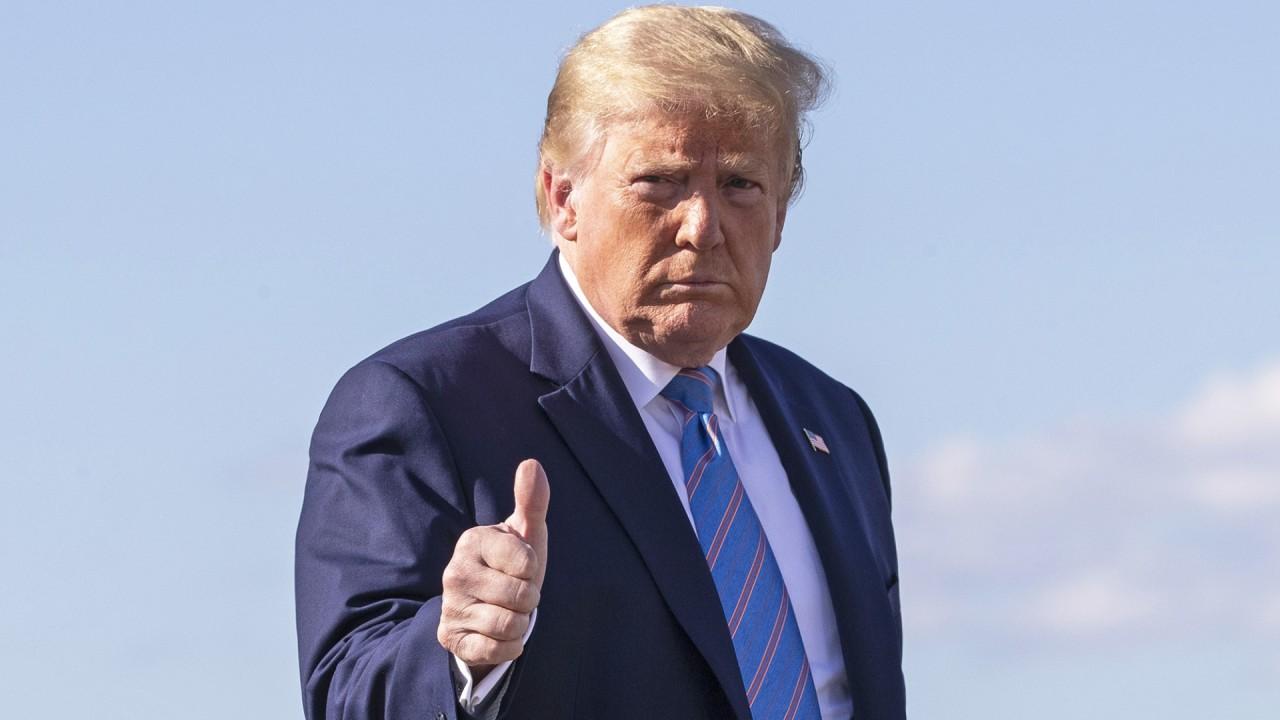 Trump to FOX Business: I support another round of stimulus done properly

President Trump, in an interview with FOX Business’ Blake Burman, addresses his support for another round of coronavirus stimulus and incentivizing Americans to return to work.

President Trump supports another round of economic impact payments to individuals, he told FOX Business on Wednesday.

Trump told FOX Business’ Blake Burman that he supported the measure as part of another stimulus package, so long as it “done properly.”

“I support actually larger numbers than the Democrats, but it’s got to be done properly,” Trump said. “I want the money getting to people to be larger so they can spend it. I want the money to get there quickly and in a noncomplicated fashion.”

The Democrats have advocated for another round of $1,200 payments, indicating Trump would like to see checks in excess of that amount.

The president also mentioned he wants the next round of stimulus to create a “great incentive to work,” referring to the $600 bump in unemployment benefits implemented as part of the CARES Act. Republicans have since criticized the measure as a deterrent for unemployed individuals to seek out new employment.

Some Democrats are looking to extend the measure beyond its scheduled expiration in July.

The administration has backed what it calls a “back-to-work bonus” as an alternative, which would provide an incentive for individuals to reenter the marketplace.

On Tuesday, Senate Majority Leader Mitch McConnell, R-Ky., said that a potential phase four bill would be approved this month – before Congress leaves for recess in August.

Also on Tuesday, lawmakers in the Senate approved a bill with unanimous consent to extend the time that business owners have to apply for a loan under the Paycheck Protection Program. The deadline was Tuesday. The legislation still requires approval from the House.