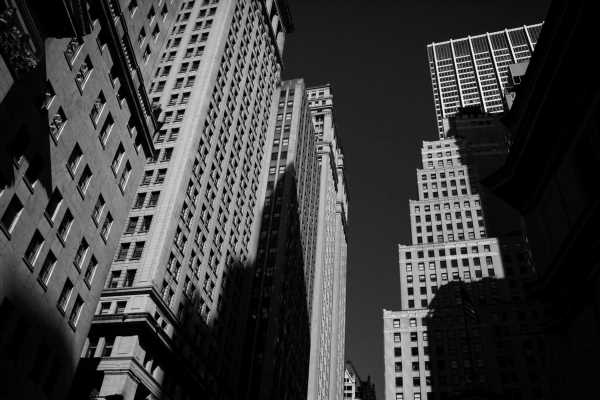 Even inside battle-scared KKR & Co., entering the political fray was enough to stoke unease.

As several of the private equity titan’s portfolio companies got loans from an emergency U.S. program aimed at helping small businesses survive the coronavirus pandemic, executives at the firm’s New York headquarters issued a blunt message: Return the money to taxpayers.

Yet across the cash-rich private equity world, many firms pushed ahead, benefiting from the $669 billion Paycheck Protection Program run by the Small Business Administration and Treasury Department, according to lawyers and lenders with knowledge of the strategies. Now, some of those firms face the prospect of tough public scrutiny, as the Trump administration acquiesces to pressure from lawmakers to name borrowers who drew potentially forgivable loans from taxpayers.

After the government broadly excluded private equity firms from the program, dozens found ways to steer around the restrictions, often adjusting governance or ownership arrangements with portfolio companies in sectors including entertainment, fitness, sports and dermatology, the people said, asking not to be named discussing confidential arrangements.

The industry’s secret success in tapping SBA money risks stoking a new uproar in Washington. Publicly traded companies and hedge funds already faced a backlash for trying to lean on U.S. coffers, leading them to add to more than $38 billion in loans that have been returned or otherwise canceled. Unclear is how many private equity firms may soon be outed.

Some have held meetings in recent days to discuss returning SBA money, according to people with knowledge of the talks. Spokesmen for the SBA and Treasury declined to comment or didn’t respond to messages seeking comment, including on whether companies that repay loans will be included in data to be made public.

Though people close to the private equity industry were willing to describe how firms accessed SBA loans, the identity of those that did so remains closely guarded because of the political sensitivities. More than a dozen private equity firms declined to comment or didn’t respond to messages seeking comment on whether their portfolio companies had sought or received loans. But representatives for some of the largest — KKR, Blackstone Group Inc., Apollo Global Management, Carlyle Group Inc. and TPG — said companies they control did not use SBA money.

There’s reason for private equity firms to worry about getting dragged into a public debate over the hastily drafted SBA program, which both chambers of Congress voted this week to extend.

“Already we have seen public criticism of the PPP program,” said Harry Sandick, an attorney with Patterson Belknap Webb & Tyler LLP. The risk of facing future scrutiny is so high that “recipients should preserve their records,” he said, so they can prove they acted properly in tapping and spending funds.

To be clear, Congress and the SBA intentionally stopped short of outright banning relief to companies backed by private equity investors. Authorities carved out exceptions for food-service and accommodation companies hit especially hard by the pandemic. Franchisees and affiliates of firms already licensed as Small Business Investment Companies also were allowed in.

But most companies backed by buyout firms appeared to be disqualified by rules against lending to borrowers with more than 500 employees, unless they met SBA standards for larger firms. Regulators tally such figures by adding all the headcount at businesses controlled by a private equity firm. If two businesses each employ 300 people, they could both be disqualified.

Defining whether a private equity firm controls a company isn’t always simple. Funds are known to take minority stakes with outsize influence over strategy. If a buyout firm wields enough clout on a board of directors to prevent a quorum or to block decisions, then that “negative control” can make the company ineligible for SBA support.

That’s prompted a variety of workarounds, according to people familiar with the strategies. For example, buyout firms ceded some board seats or gave up other rights to loosen their grip.

Evidence of the strategies emerged in April when the SBA, in consultation with the Treasury, published guidance on a list of frequently asked questions. It noted shareholders who forfeit “rights to prevent a quorum or otherwise block action by the board of directors or shareholders” must do so “irrevocably” to satisfy the rules.

In other cases, buyout firms have gotten around the ban with more arcane steps, such as pledging not to add any more debt or giving up the power to make hiring and firing decisions, according to the people familiar with the arrangements.

The private equity industry lobbied to access the SBA program as it was being set up, but to little avail. “It shouldn’t matter if the companies are backed by investment from corporations, pension funds or others,” Drew Maloney, the president of the American Investment Council, private equity’s trade group, said at the time.

The program isn’t meant to help companies that have access to other sources of cash, Treasury Secretary Steven Mnuchin has said. SBA officials have urged the private equity industry — which currently has about $1.5 trillion in available cash — to help their portfolio companies. There’s also the moral hazard: Some companies were particularly vulnerable to the pandemic because private equity owners had loaded them up with debt to maximize profits.

Still, buyout firms argue there are restrictions on how much they can pump into troubled deals and privately lament that their business model is misunderstood.

Some firms were able to get indirect taxpayer support because of the way they happened to structure investments in highly regulated industries. Take dentistry, for example.

Laws in most states prevent investors from owning dental practices outright, so buyout funds own a separate entity that provides related services. Ares Management and Leonard Green & Partners own Aspen Dental Management Inc., a provider of business and administrative support to dentists.

As the pandemic shut down dentistry, almost every practice affiliated with Aspen qualified for SBA financing, Chief Executive Officer Bob Fontana told staff in a message April 19. “Two weeks ago, we worked with practice owners to submit PPP loan applications,” he said at the time. “We’re thrilled to report that every loan request we submitted has been accepted.”

The funding helped reopen practices and return staff to work, a spokeswoman for Aspen said in an emailed statement. Aspen Dental itself didn’t seek SBA funding, she said. Aspen “provided certain payroll and operations data, as required in the loan applications, for those independent practices who chose to apply for the PPP loans.”

Back in Washington, lawmakers are taking a tough look at how the SBA money was deployed. They successfully pressed the Trump administration to reverse its position on withholding all data about companies that received PPP financing and agree to disclose company names and data for loans of more than $150,000, as well as details about smaller loans without personally identifiable information they consider to be proprietary.

“At a minimum, we owe the American people that information,” the leaders of three House committees wrote to Mnuchin and SBA Administrator Jovita Carranza last month, pressing for loan data. “As the pandemic continues to cause financial hardship for countless small businesses, we must understand whether this program is functioning as intended.”

— With assistance by Mark Niquette, and Dan Reichl