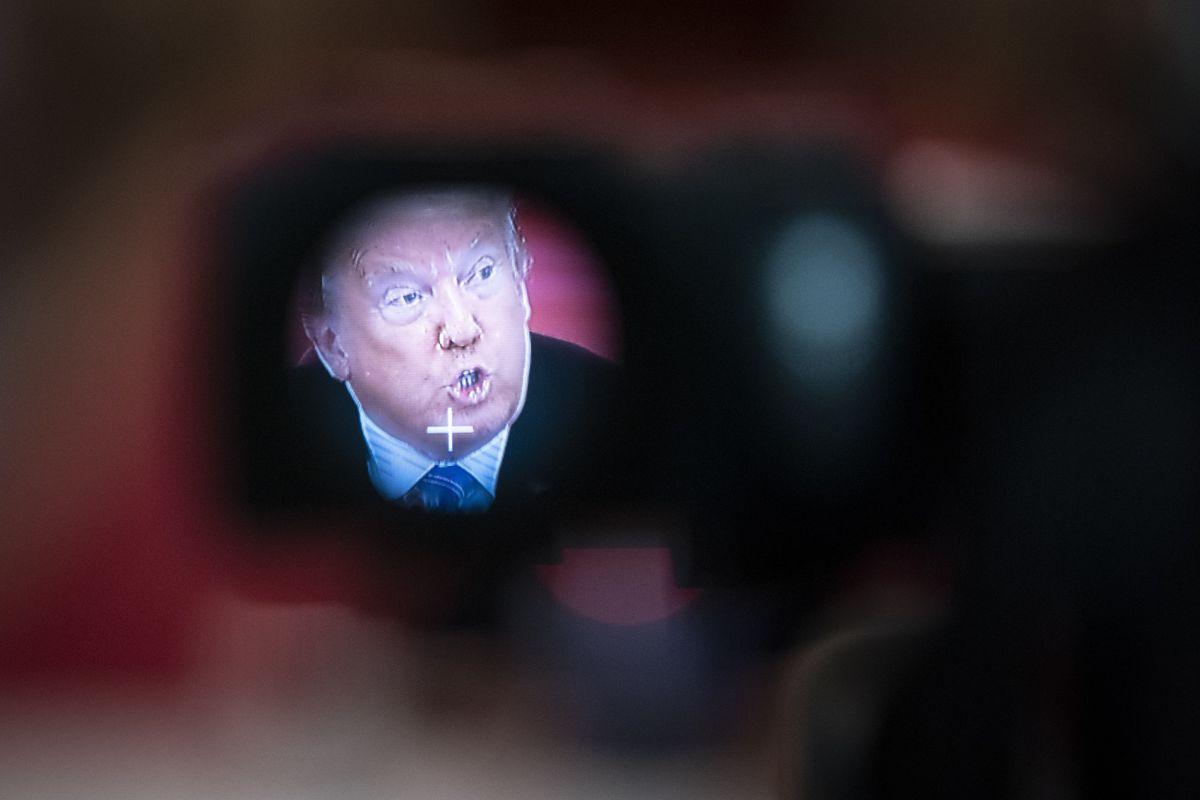 President Donald Trump, lagging in polls and facing new questions over possible Russian bounties to kill U.S. troops in Afghanistan, is resorting again to stoking racial tensions, a tactic he’s used in the past to change the subject and appeal to some of his most loyal supporters.

Through the week leading up to Independence Day, the president has sent a series of tweets vilifying the Black Lives Matter movement and protesters against police brutality, opposed renaming military bases that honor Confederate generals and threatened to end a Fair Housing program that strengthens anti-discrimination policies to ease more integration of neighborhoods, saying it has had a “devastating impact” on suburbs.

The president has long used Twitter to pick at some of the country’s raw racial wounds, even before he was president, when he championed the false “birther” theory that President Barack Obama was not a U.S citizen. It’s also a strategy to distract the public from multiple crises, even if it creates a fresh fight.

The tweets also give him affirmation from some of the approximately 40% of voters who have consistently approved of his performance.

“He’s sort of like a short-inning, fastball, relief pitcher. He’s got one pitch that he goes to and it’s worked for him,” said Chuck Coughlin, a Republican strategist in Arizona and onetime aide to the late Senator John McCain. Battling culture wars is comfortable for Trump, but “I don’t know particularly with the current environment of a pandemic and social unrest” if it will be effective, he said.

The White House was asked Wednesday about the series of tweets, including one he deleted after an uproar because it showed a supporter in Florida chanting, “White power.”

“The president took down that video, that deletion speaks strongly,” Press Secretary Kayleigh McEnany told reporters. “The president has repeatedly condemned hate,” she added, citing a statement he made last August that “our nation must condemn racism, bigotry and white supremacy. These sinister ideologies must be defeated if hate has no place in America.”

Asked about his threat to veto a defense spending bill that changes the names of some military bases, McEnany pointed to a June 19 ABC News/Ipsos poll and said, “If you’re saying that the fact that he does not want to rename our bases, if you’re considering that racist, then apparently 56% of America is as well, because 56% of America is against changing the name of U.S. military bases.”

The election is four months away and polls show Democratic nominee Joe Biden with a 9.4 percentage point lead, according to the RealClearPolitics average of polls.

The president’s slump coincides with withering criticism for his uneven handling of the coronavirus pandemic that’s killed more than 127,000 Americans and has regained power in the traditionally Republican Sunbelt states. He also drew condemnation for his “law and order” response to nationwide unrest after the death of an African-American Minneapolis man, George Floyd, in police custody.

This week, reports that Russian operatives in Afghanistan had paid bounties to kill U.S. troops and their allies, as well as questions over whether Trump knew about the intelligence has brought new tension for the White House and criticism from Democrats and Republicans alike. Trump and national security officials have said he was not told about it.

Yet that same survey also found that half of Republicans hold an unfavorable view of the Black Lives Matter movement, and 28% of them view it “very unfavorably,” giving Trump a persuadable target.

Whit Ayres, a longtime Republican strategist, warned against the pitfalls of playing to his strongest base, which makes up about 30% of the electorate.

“He already has his base. His base is locked in. The problem is his base isn’t big enough to win by itself,” Ayres said.

Still, Vincent Hutchings, a professor at the University of Michigan, said that Trump is “just expressing who he is” on matters of race. That he’s always been comfortable espousing his views on the subject going back decades. But he also said that Trump, who was a reality television star, also has a knack for using the media.

”I suspect that mostly he’s just flailing and falling back to what’s comfortable,” Hutchings said. But Trump “does have a bit of a pattern to try to deflect and distract.”