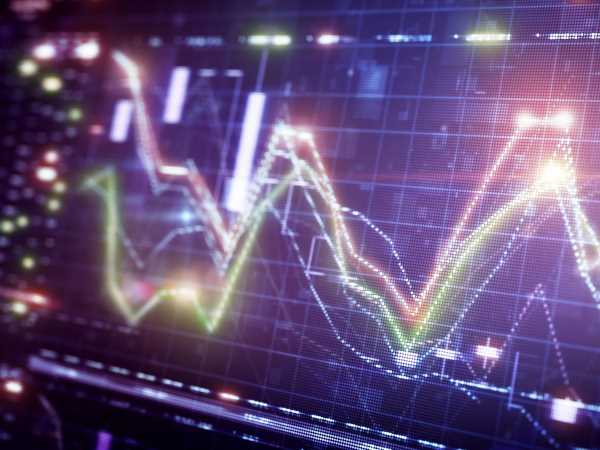 It’s one thing for stocks to bounce violently after losing a quarter of their value in a month, as they did in March. It’s another thing entirely to keep doing it after soaring back to record highs. And yet that is what’s happening with the biggest U.S. tech shares, which just notched one of their best weeks of the recovery period.

In a year of hysterical markets, no fact is weirder than this: that halfway through 2020, the Nasdaq 100 Index is not only back in positive territory, but is headed for an annual gain that ranks with its best of the last two decades. Much more than survive the pandemic lockdown, the largest American companies are seeing their advantage widen drastically as a result of it, with investors flocking to anything with size and stability.

“This virus has brought forward those companies’ businesses by two and three years,” said Gary Bradshaw, a portfolio manager at Hodges Capital Management in Dallas. While the juxtaposition with the economy is surprising, “you’re buying the best growth companies on the planet in a very low-interest rate environment.”

The Nasdaq 100 tacked on another rousing weekly advance to end more than 600 points above the level where the Covid crash began. A measure of the gauge’s velocity relative to that of the broader S&P 500 just surpassed its dot-com highs.

Very few saw this coming. Back before coronavirus rattled the globe, when things made sense, Wall Street was sure that when the bull market crashed its first casualties would be high-valuation technology stocks. Reality didn’t play out that way. Rather, the group’s strong balance sheets and automated, stay-at-home characteristics acted as insulation from the worst of this year’s declines.

Investors are growing more attached to megacaps, not less. Before a 0.6% gain Thursday, the Nasdaq 100 had climbed more than 1% on the first three days of the week, a streak not matched in over a year. It ended the four days up 5%, a percentage point more than the S&P 500’s advance. That came as Covid cases and hospitalizations continued to rise in the U.S., leaving reason to question the pace of the economic recovery and how long recent progress may last.

As the second half of the year begins, tech’s stellar returns are getting hard to ignore. Bucking a broad equity decline, the Nasdaq 100 is up 18%, leaving the rest of the market in the dust. At 21.5 percentage points, the tech-heavy gauge’s performance gap relative to the S&P 500 is the widest at this point of a year on record.

Naturally, skeptics say these darling stocks have gone too far too fast. Certain momentum indicators support that. The rally has pushed the Nasdaq 100 way above its 200-day moving average, with the premium approaching 20%, a level of exuberance that coincides with the market’s peak in February.

“It’s amazing — investors are just willfully putting money, continuing to plow into large cap tech despite all of the regulatory concerns from the U.S., Europe, China, despite all of this,” said Yousef Abbasi, global market strategist at StoneX. “It’s gotten so disconnected from fundamentals it’s hard to have that real conversation.”

If you widen the lens and go back 20 years, another milestone was also reached this week: the Nasdaq 100’s relative performance to the S&P 500 surpassed its 2000 height. Depending on one’s view on the market, interpretations of that achievement will differ. To the doubters, the sight alone brings flashbacks to the dot-com crash.

In the eyes of tech faithful, however, it’s a strong case for staying bullish. Just consider the amount of money that tech titans like Apple Inc. and Microsoft Corp. make now versus then. In the year just before the internet crash, companies in the S&P 500 Information Technology Index earned combined profits of roughly $50 billion. Last year, the total was $240 billion.

So while the Nasdaq 100 has come back to its heyday relative to the broader market, the underlying earnings power is almost five times as big as it was 20 years ago. That’s part of the reason Hodges Capital Management’s Bradshaw continues to hold on to some of the largest names in his portfolio, including Apple, Microsoft, Amazon.com Inc. and Facebook Inc.

“These companies are growing earnings, growing revenues and continue to grow cash flow at a faster clip than most other companies,” Bradshaw said. “This is not like the Internet bubble in March of 2000 when we had the big bust. Because back in the day, many of those companies were just burning through cash left and right.”

Believers got a scare last Friday, when the group popularly known as the Fang stocks — Facebook, Amazon.com, Netflix Inc. and Google parent Alphabet Inc. — dropped more than 5% in the worst session since the depths of the Covid crash. Now those losses have been completely erased. The amalgamation of internet stocks rose 7.6% in the holiday-shortened week to a record high, the best week since April.

But even amid the gains, there were hints of concern. After 12 straight sessions in which a measure of 30-day implied swings in the tech-heavy gauge traded at a discount to the equivalent for the S&P 500 — the second-longest such streak since 2011 — the relationship between the two reverted back to what’s normal.

Usually, the Cboe NDX Volatility Index (VXN) trades above the Cboe Volatility Index (VIX), with an average spread of three points over the last five years. But that gap has shrunk in 2020 to a third of that size, as investors rushed into megacaps and technology stocks for their perceived safety through the coronavirus crisis. This week, the Nasdaq 100’s fear gauge held above the classic VIX in every session.

“I’m a little concerned about the entire market’s pace of gains, but the Nasdaq especially,” said Tim Courtney, chief investment officer at Exencial Wealth Advisors. “When you look at the valuation of large growth to, say, the rest of the market, or large value or smaller companies, it is definitely getting back into that range of the 2000s.”

— With assistance by Vildana Hajric, Elena Popina, and Amena Saad