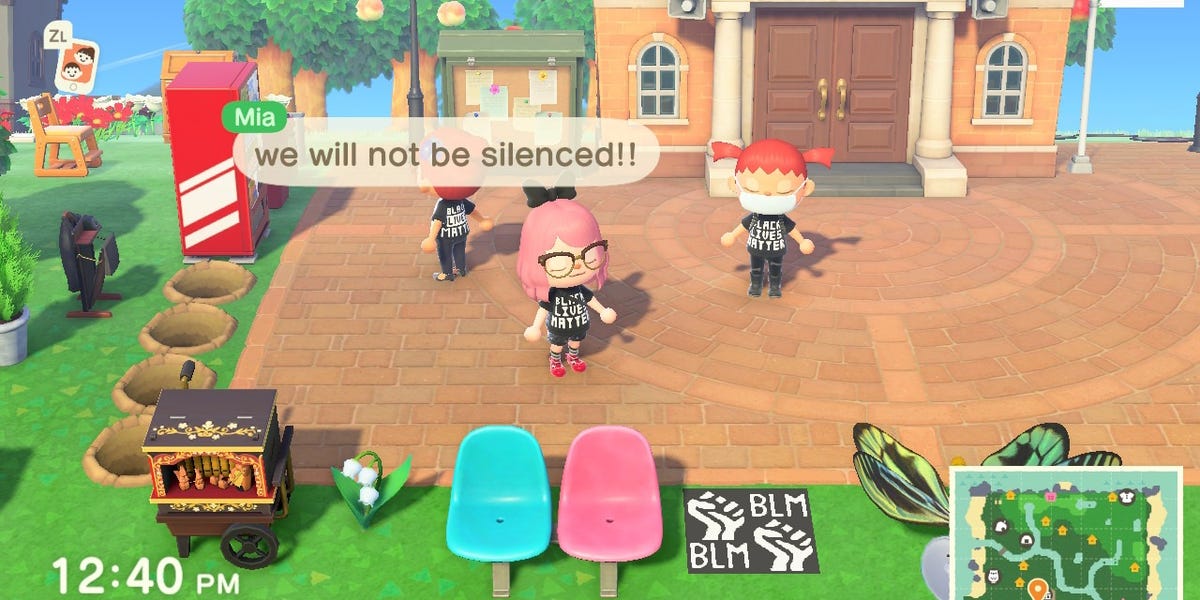 What would you do if you had the ability to escape to an island and create a customized world? Would you use it to connect, or disconnect?

Some "Animal Crossing: New Horizons" players use it to do both — and recently, connecting has included protesting.

With the online hosting capabilities inherent to the game, "Animal Crossing: New Horizons" is offering people of all ages a unique way to support the ongoing protests against police brutality and systemic racism, even as they stay at home amid the pandemic.

Typically, players on "Animal Crossing: New Horizons" create an island paradise that includes buildings, objects, and interactions with non-player characters as well as player characters. Not only can players design their own worlds and homes in the game, but they can also customize personal items and objects that their characters use.

Lately, as Black Lives Matters demonstrations and protests continue to erupt around the world, these game tools are being used to create digital protests, with users adding 'BLM' imagery to signs and their characters' clothing.

Parents who might not have felt comfortable taking their children to a physical protest — where there's a risk of physical injury or confrontation — are able to use the game to collaborate and support the Black community by attending or even hosting a virtual protest.