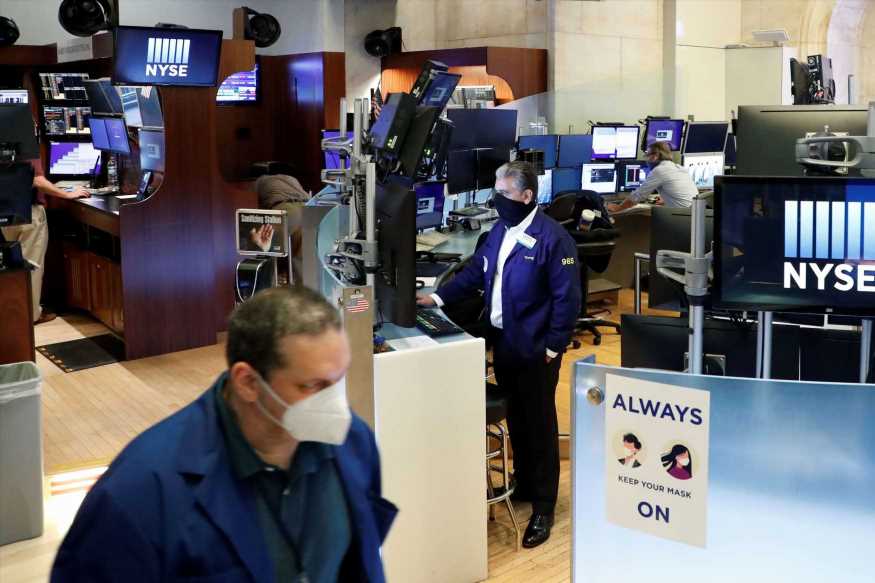 The worst earnings season in years is about to begin, and it's possible the stock market could shrug off the sharp profit decline, as long as companies see some signs of a recovery ahead.

Earnings are expected to fall by 44%, the worst quarterly performance since the Great Recession when S&P 500 profits fell by 67% in the fourth quarter of 2008, according to Refinitiv I/B/E/S data. It is also expected to be the worst quarter of the pandemic crisis, revealing the extent of the earnings damage as the economy slumped more than 30%.

Major financials JPMorgan, Bank of America, Goldman Sachs and Wells Fargo are among the financial firms reporting. Pepsico starts off the week with its report Monday, and Johnson and Johnson, Abbott Labs and Netflix also report.

The financial sector is expected to see a more than 52% decline in profits, according to Refinitiv.

"U.S. companies are about to give us a look into their worst quarter since the Great Financial Crisis," said Lindsey Bell, chief investment strategist at Ally Invest. "But since so many companies aren't giving earnings forecasts, investors won't make moves based on earnings alone. They'll also be looking at trends since the quarter ended. Increasing coronavirus cases, management outlooks, and price performance could all have an outsized impact, and that could lead to outsized market moves."

Stocks turned in a mixed performance in the past week, reacting at times to the rising risks to the economy as coronavirus cases continued to increase in some states. The Dow eked out a small weekly gain while the S&P 500 and Nasdaq are up 1.3% and 3.5%, respectively.

In the week ahead, there are some important economic reports, including CPI inflation data Tuesday and retail sales Thursday. Last month, retail sales rose a surprise 17.7% but this month economists are watching closely to see if the reversal of some openings and the delays in other is impacting consumer spending.

But it's the earnings that could be a litmus test for markets.

"I think it really comes down to earnings, not what the numbers are going to be. People don't care about the numbers. They want to hear what the companies have to say," said Peter Boockvar, chief investment strategist at Bleakley Adivsory Group. "Tech companies are going to have the most important earnings. Companies like semiconductors, that go into automobiles, computers and cell phones. They're the ones that have to say our outlook is great, and therefore our stocks deserve to be at all-time highs."

Tech company earnings are only expected to fall by 8%. The worst sectors are expected to be energy, with a decline of 154%, followed by consumer discretionary, expected to be down by 114%, according to Refinitiv.