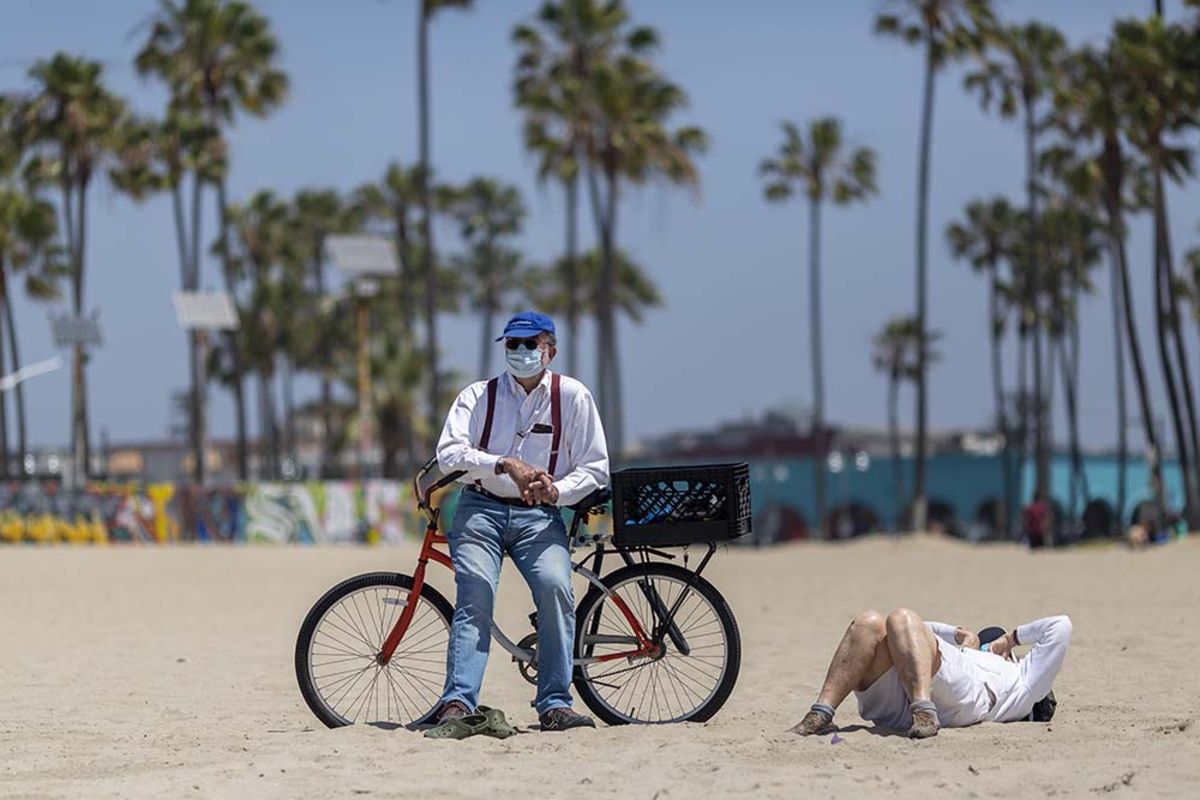 An oppressive heat wave is intersecting with a Covid-19 spike in some of the pandemic’s hardest-hit U.S. cities, posing another obstacle for officials and health experts who must decide what’s riskier: indoor transmission or dangerous temperatures.

In Houston, the heat index Friday was nearing 110 degrees (43 Celsius), prompting Harris County testing sites to close early. Central Arizona was under an “excessive heat warning,” with the high in Phoenix expected to reach 111 degrees. The swelter comes as the World Health Organization acknowledges that virus transmission may be much more likely indoors, particularly in tight spaces, than outside.

But in the Sun Belt, the outside is dicey even in non-pandemic summers.

“This will be next-level sort of heat, even for us,” Matt Lanza, a forecast meteorologist for Space City Weather in Houston, wrote on the company’s website Friday, encouraging people to check on elderly neighbors and limit time outside.

Dangerous heat, one of the leading causes of weather-related deaths each year, leaves many residents of virus hot spots with a tough decision this weekend. Do they brave scorching temperatures to socialize outside or seek relief in the sweet hum of the air conditioner?

“It’s just really freaking hot,” said Anna Russell Thornton, a 26-year-old teacher in Houston. Before temperatures rose, Thornton said, she met friends in a church parking lot so they could talk while keeping their distance. That seems insufferable now.

“To be honest, I probably won’t hang out with people unless we can be socially distant indoors with just one other person,” she said.

Harris County, which currently classifies its Covid risk level as “Level 1: Stay Home,” urged residents to stay in the air conditioning — naming libraries, shopping malls and community centers as potential places of refuge. “Remember to wear your face covering and social distance from others when cooling off,” the county’s office of emergency management said on Twitter.

Across the U.S., as many as 122 daily heat records are forecast to be tied or broken in the coming week, according to Lara Pagano, a forecaster with the U.S. Weather Prediction Center in College Park, Maryland. At least 54 million people are expected to experience temperatures of 100 degrees or more.

Meanwhile, Sun Belt states continue to break another record: daily Covid-19 deaths. Florida, Texas and California all set new marks Thursday as the surge in cases from a few weeks ago begins to show up in fatality counts. On Friday, more than 10,000 Texans were hospitalized with the disease, the first time the state has reached that benchmark.

“How do you balance the need to keep people cool when it’s 100 degrees, versus keeping people safe from the virus?” said James McDeavitt, dean of clinical affairs at Baylor College of Medicine in Houston. “As it gets really, really hot and as people start to move indoors and into confined spaces, we know that the virus spreads more in confined spaces than out in the open.”

After long dismissing the idea, the WHO this week said it doesn’t rule out the possibility of airborne transmission in crowded areas or indoor venues with poor ventilation. It said it believes more data is needed.

The about-face came after more than 200 scientists wrote an open letter calling on the agency to promote stricter precautions, including increasing ventilation and avoiding recirculating potentially virus-laden air in buildings such as hospitals and schools.

Coughing and sneezing are widely accepted as modes of transmitting the virus. The debate over airborne spread centers around whether tiny particles known as micro-droplets and aerosols stay afloat long enough to be inhaled, leading to infection deep in the lungs.

With younger Americans making up a larger percentage of virus cases, some health experts have stressed the need for risk reduction over the complete lockdown that was advocated at the start of the pandemic. The fear was that deep boredom had led 20- and 30-somethings to pack bars and restaurants as soon as states reopened, contributing to the surge many states are now experiencing.

“If you’re going to go out with your friends, do it smartly,” Catherine Troisi, an epidemiologist at the UTHealth School of Public Health, said last week. “You wear a mask, you do it outside, you stay six feet apart.”

The centrality of electric air conditioning can’t be overstated in the Sun Belt. Indeed, the device invented in Buffalo, New York, in 1902 by Willis Carrier enabled Americans to work, live and play in relative comfort. Summer in the Sun Belt is what winter is to New England: The outside is experienced only in short spurts.

Now, the outdoor activities that ordinarily offer opportunities to escape the indoors have been called off in many states, limiting safe outside options for anyone without a backyard pool.

Texas Governor Greg Abbott ordered companies that offer lazy inner-tube river trips to close when he shut bars last month. Several beaches in Florida and California are no longer open to the public. Popular swimming spots in Texas, including frigid Barton Springs Pool in Austin, had been requiring reservations for visitors but closed when cases began spiking last month.

Back in the pandemic’s early days, summer heat was floated as a potential bright spot. Some leaders, including President Donald Trump, have continued to tout the idea that hot temperatures will hinder the spread of the virus.

Midway through the American summer, researchers say that’s clearly not the case. And some health experts are worried it may even contribute to an increase in transmission where temperatures are so extreme that keeping social interactions outdoors is nearly impossible.

— With assistance by Brian K Sullivan