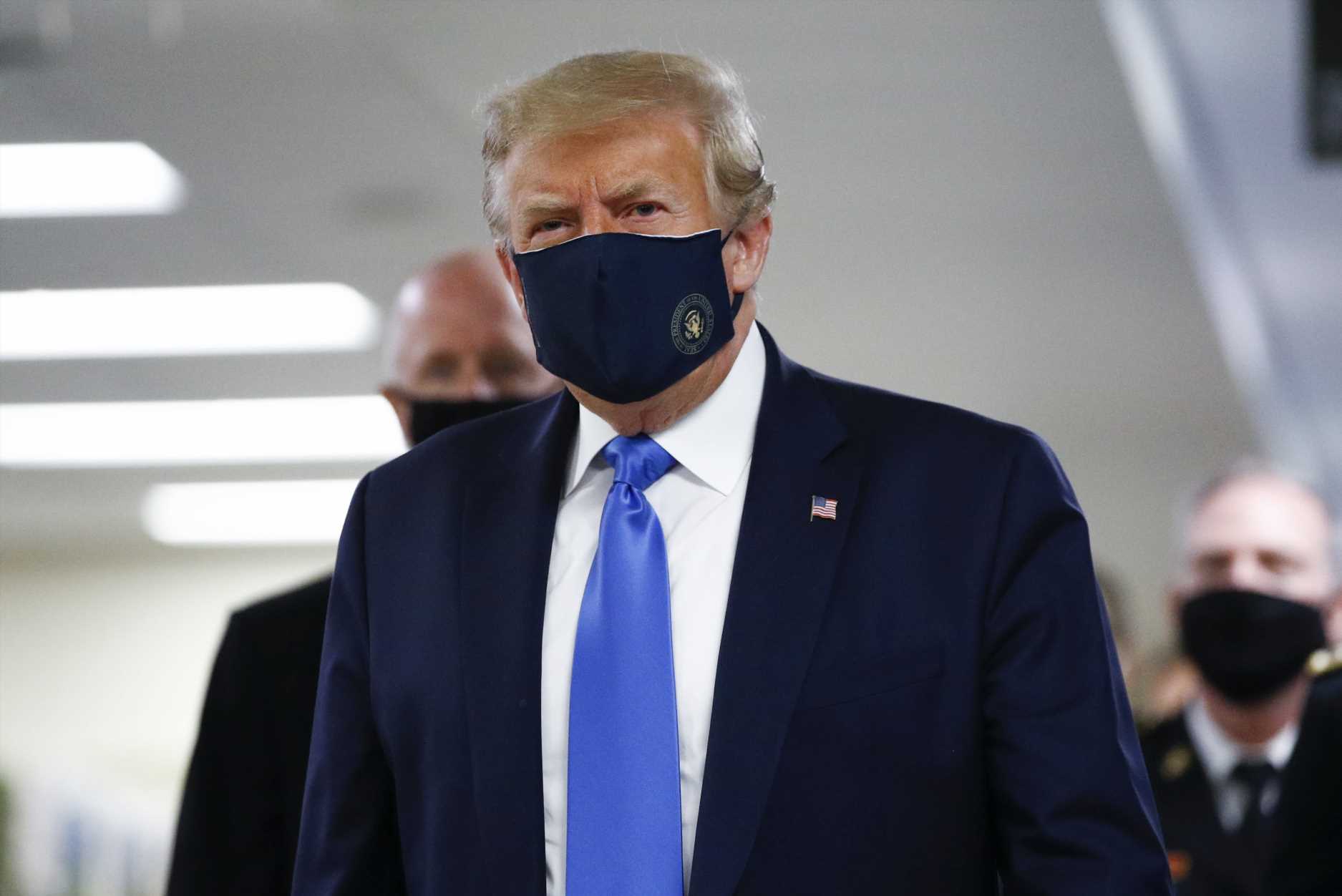 President Donald Trump wore a mask during a public visit to Walter Reed National Military Medical Center on Saturday, after long resisting bipartisan prodding to lead by example and demonstrate to Americans the importance of wearing a face covering to prevent the transmission of coronavirus.

Trump was visiting wounded service members and their families as well as health-care staff who have been caring for Covid-19 patients during the pandemic, the White House said. The president was accompanied by military leaders and followed by staff who were also wearing masks.

Trump donned the mask as the country continued to experience record increases in infections. Overall, more than 3.2 million Americans have been infected by the coronavirus, while more than 134,000 have died.

Before departing for Walter Reed, Trump told reporters on the White House South Lawn that he would "probably have a mask" while visiting the hospital. Walter Reed requires visitors to wear masks when maintaining a safe social distance isn't possible.

"I think when you're in a hospital, especially in that particular setting where you're talking to a lot of soldiers and people that in some cases just got off the operating table, I think it's a great thing to wear a mask," Trump said. "I've never been against masks but I do believe they have a time and a place."

Trump has resisted wearing a mask in the past. During a May visit to a Ford plant in Michigan, the president was seen on the factory floor without a mask despite state law and company policy requiring a face covering. Ford issued a statement saying Trump wore a mask during a private meeting at the plant but later took it off.

Democrats and Republicans, from House Speaker Nancy Pelosi to Arkansas Gov. Asa Hutchinson, have tried to prod the administration to demonstrate the importance of wearing masks.

The Trump administration has resisted calls for the federal government to require Americans to wear masks during the pandemic. Vice President Mike Pence told CNBC he doesn't believe there's a need for a national mandate, despite the surge of coronavirus cases across the American South and West. Pence said in some parts of the country people can maintain a safe social distance.