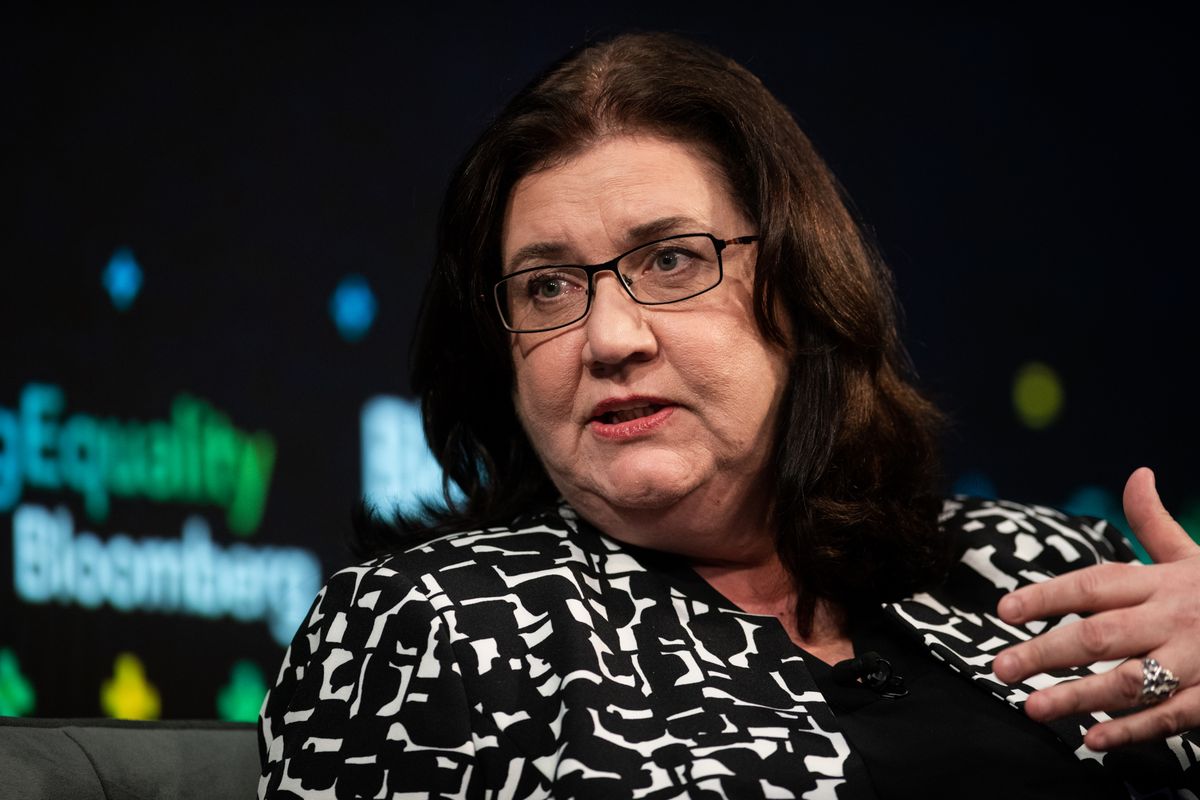 Bridgewater Associates and former co-Chief Executive Officer Eileen Murray are still negotiating an exit package three months after she left the world’s biggest hedge fund — a fight that has dragged on because Bridgewater’s offer is both less than what has been paid to men who left the firm and below the status of her position, one of Murray’s advisers said.

When Murray, 62, departed in April she was the lone woman among the top four non-investment executives at the firm, and the longest tenured other than founder Ray Dalio. Her adviser, who asked not to be named because of the sensitivity of the situation, said this was the third time since 2017 that Bridgewater offered her compensation that was lower than male colleagues at comparable levels. The adviser declined to provide further details on the departure package.

Bridgewater, which disputed the claims from Murray’s adviser without elaborating, said in December that she planned to step down and that fellow co-CEO David McCormick would take sole charge. “Eileen’s departure marks the latest step in our successful transition from a founder-led company to a great institution,” the firm told clients at the time.

Murray was a highly rated employee and, given her job, would have had knowledge of others’ compensation, the adviser said. Her expectations for the exit package are based on customary terms and objective criteria available to Bridgewater.

Murray, who was elected chairman of the Financial Industry Regulatory Authority in June and has joined other corporate boards this year, declined to comment.

“The story is loaded with inaccuracies,” Bridgewater said in a statement. “We are not sure where these incorrect allegations came from but they should be attributed to specific sources. Regarding our offering comments to people in the media, that would be inconsistent with our agreements with employees to privately resolve our disagreements.”

Dalio’s firm, with $138 billion of assets, is famous for its unusual culture, which he celebrated in a bestselling book, “Principles.” Employees are required to openly critique one another, with Dalio believing radically transparent interactions ensure the company operates as a meritocracy.

Bridgewater, which says it supports an inclusive workplace, prides itself on promoting diversity. Articles on its website showcase the firm’s Black, LGBTQ+ and Hispanic + Latinx employee networks.

But it can play hardball with employees. In late 2017, Bridgewater took two former staffers to arbitration, accusing them of stealing trade secrets. Earlier this month, arbitrators found the company brought the case in bad faith to slow the duo’s progress in opening their own money management firm, according to a filing in New York state court. Bridgewater said it accepted the panel’s decision.

Murray joined Bridgewater in 2009 and became co-CEO two years later. In 2017, McCormick was appointed as her co-head. Soon after, Murray discovered that his compensation was higher than hers and complained to senior management, the adviser said. Over the next six months, Bridgewater called in two outside consultants before agreeing to bring her pay in line with McCormick’s.

In 2019, senior management approached Murray to discuss a transition to a vice chairman role. As talks continued, she was offered compensation that was less than what she knew a male colleague with the same responsibilities and title was paid, the adviser said. Management told her that even though the titles were the same, the jobs were different and Murray’s was worth less, according to the adviser.

At a Bloomberg Business of Equality summit in 2018, Murray said she would like to see more pay visibility, even though that’s one area Bridgewater keeps closely guarded.

Even as the fight continues, an interview that Murray gave the Yale School of Management is still posted on Bridgewater’s website. In it, she extols the importance of diversity and the need for financial firms to do more.