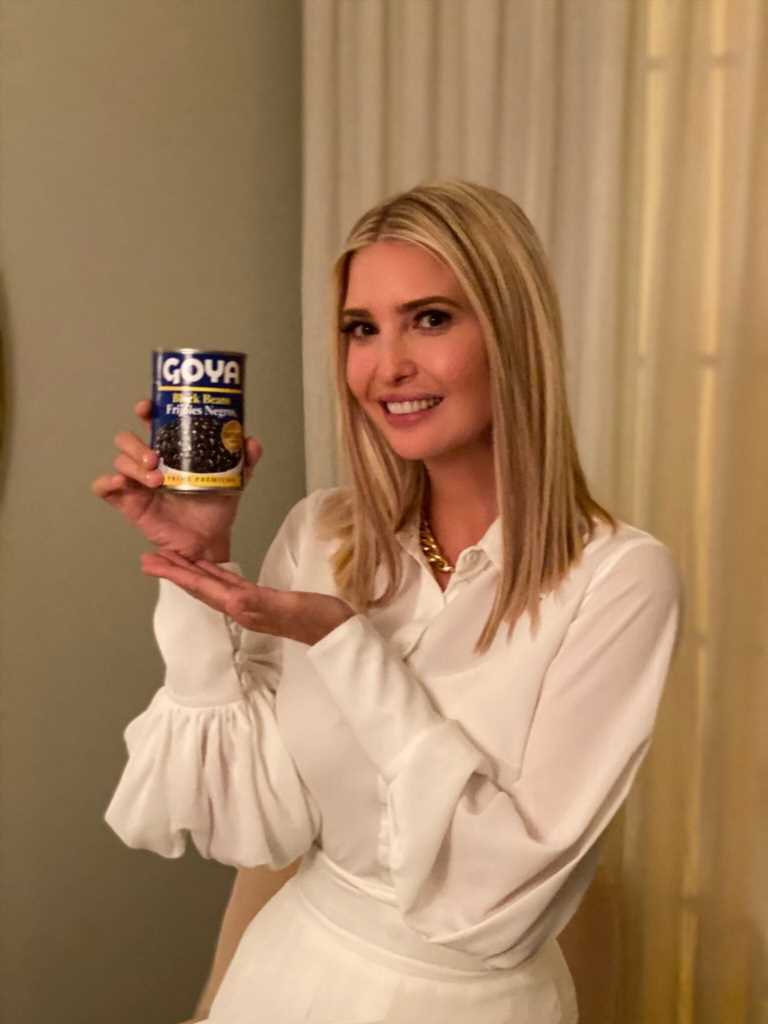 Ivanka Trump held a can of Goya beans, then wrote the company’s slogan in both English and Spanish:

Last week, Goya Foods CEO Robert Unanue praised Trump during a White House ceremony, saying the nation was “truly blessed” to have his leadership. That led to calls for a boycott of Goya products from Trump’s critics.

Ivanka Trump’s endorsement appeared to be an attempt to counter that.  However, the Code of Federal Regulations states that employees “shall not use or permit the use of his Government position or title or any authority associated with his public office to endorse any product” with only very limited exceptions.

The Trump administration has run afoul of the code before, including in 2017 when counselor to the president Kellyanne Conway urged Americans to buy Ivanka Trump-branded products. Conway did not face any known disciplinary action, which drew a rebuke from the Office of Government Ethics.

Walter Shaub, then director of the office, wrote: “Disciplinary action serves to deter future misconduct. Not taking disciplinary action against a senior official under such circumstances risks undermining the ethics program.”