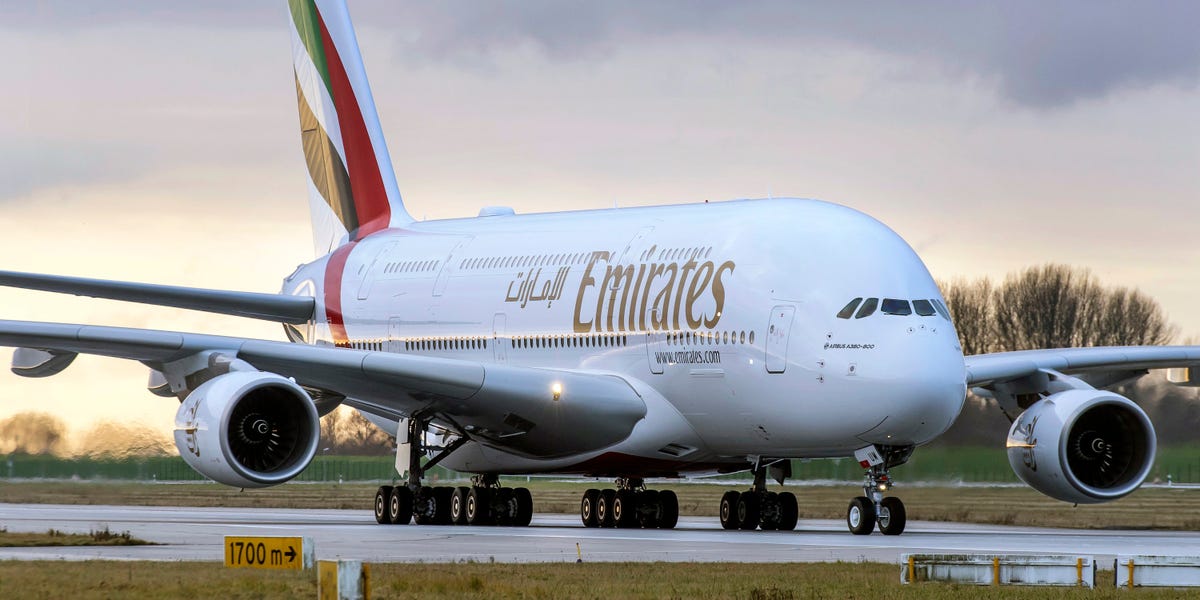 As airlines around the world ground their Airbus A380 fleets during the global coronavirus pandemic — some permanently — one airline stands in stark contrast: Emirates.

With a price tag of $445.6 million and room for up to 800 passengers, the four-engine, two-deck behemoth is the largest passenger plane ever built. The first unit entered service in 2007, which some observers have said was decades too late.

For Emirates, however, the A380 has been the perfect aircraft. As other carriers move to a smaller, nimbler point-to-point system, Emirates has made the "superjumbo" jet a staple of its global long-haul hub-and-spoke system, carrying up to about 600 passengers at a time split between three cabins.

Emirates has also taken advantage of the plane's enormous size to build its brand as an ultra-glamourous luxury airline.

"It defined us, in many respects," Sir Tim Clark, president of Emirates, said in an interview with Business Insider. "We've spent an inordinate amount on product, both in-flight and on the ground, and that's really paid off."

Clark, who has worked in the airline business since the early 1970s, helped found Emirates in 1985 as its head of planning.

However, the A380 is a major part of what helped Emirates earn its current market share and reputation.

Although the A380 is currently grounded due to the pandemic, Clark said that the airline plans to bring them back into service — the first A380s will begin flying this week — and keep them in use for as long as possible.

"Hopefully, we'll see them flying for at least another 10 years," he said. "Unfortunately, it's not being produced. So there's nothing we can do about it. We'll keep it going as long as we can."

For after that, Emirates has orders for about 115 of Boeing's next-generation wide-body jet, the 777X, primarily the larger 777-9X. as well as smaller 787 Dreamliners.

Despite the new plane's technology and efficiency advancements, Clark says it simply won't measure up to the A380 from the passenger's perspective.

"We will have some very good products on the -9X," Clark said. "But to be quite honest, nothing is going to be as good."

"How could it be as good as the A380 on the upper deck, or as good as it is in economy with 10-abreast seating on the main deck," he added. "It's palatial. And people absolutely love it. They still go out of their way to get on the 380."

Clark said that the 777X will feature updated first class suites — the airline unveiled the new suites in 2019 — as well as a new business class product, and some kind of walk-up bar.

"Don't get me wrong, it's not to say the other aircraft will not be good, but I don't think they'll be as good as the A380."

Development of the 777X has faced multiple delays. Although Emirates was originally scheduled to receive its first deliveries this year, Boeing deferred to 2021 due to issues with the engines and a failed pressure test in 2019. Emirates chief operating officer Adel Al Redha told Bloomberg last week that the airline now expects that to slide to 2022.

"In some respects, that is okay with us," Clark said. "If next year is a difficult year, we'll have to make adjustments to our program of aircraft deliveries.