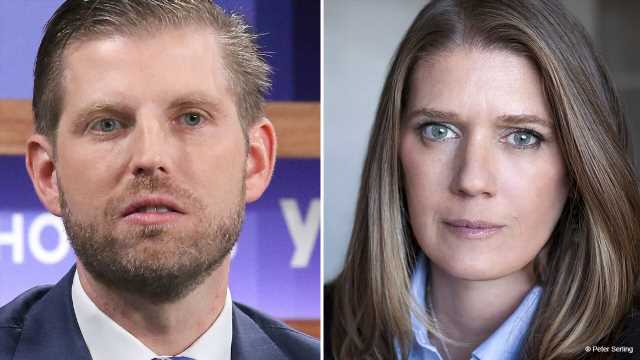 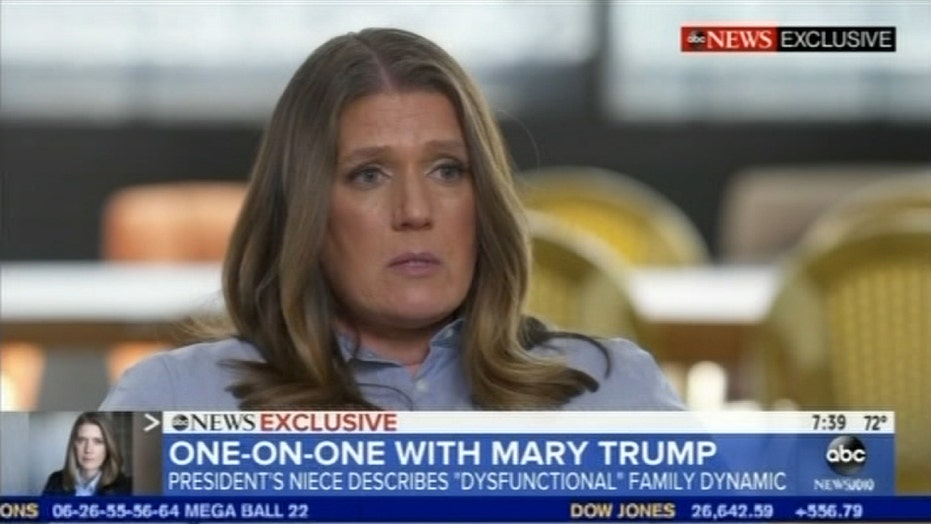 Mary Trump: Money ‘was literally the only currency [my] family trafficked in’

President Trump's son Eric appeared to question his cousin Mary's credibility Wednesday, cryptically tweeting: "Every family has one…" before adding, "It’s usually telling when that 'one' stands alone."

During an interview with ABC News that aired Tuesday and Wednesday, Mary Trump — the daughter of the president's late older brother, Fred Trump Jr. — questioned her uncle's competence as a leader and described her family as callously focused on money and self-interest.

"If you're in the Oval Office today, what would you say to him?" ABC News chief anchor George Stephanopoulos asked at one point.

Mary Trump is the author of "Too Much and Never Enough: How My Family Created the World's Most Dangerous Man." The 240-page tome was released Tuesday, 12 days after a New York Supreme Court appellate judge overturned a restraining order blocking the book's publication.

The White House fired back at the president's niece, claiming the book is full of "falsehoods."

In the ABC interview, Mary Trump denied using the book as a get-rich-quick ploy, telling Stephanopoulos, "If I had wanted money or revenge I would have done this 10 years ago when it was infinitely safer but neither one of those things interested me."

When Stephanopoulos asked why she didn't speak out about her uncle prior to his election, she answered, "I thought long and hard about saying something.

"I knew that if I had said anything I would have been painted as a disgruntled, disinherited niece who just wanted her 15 minutes which obviously is being said about me now," Mary Trump added.