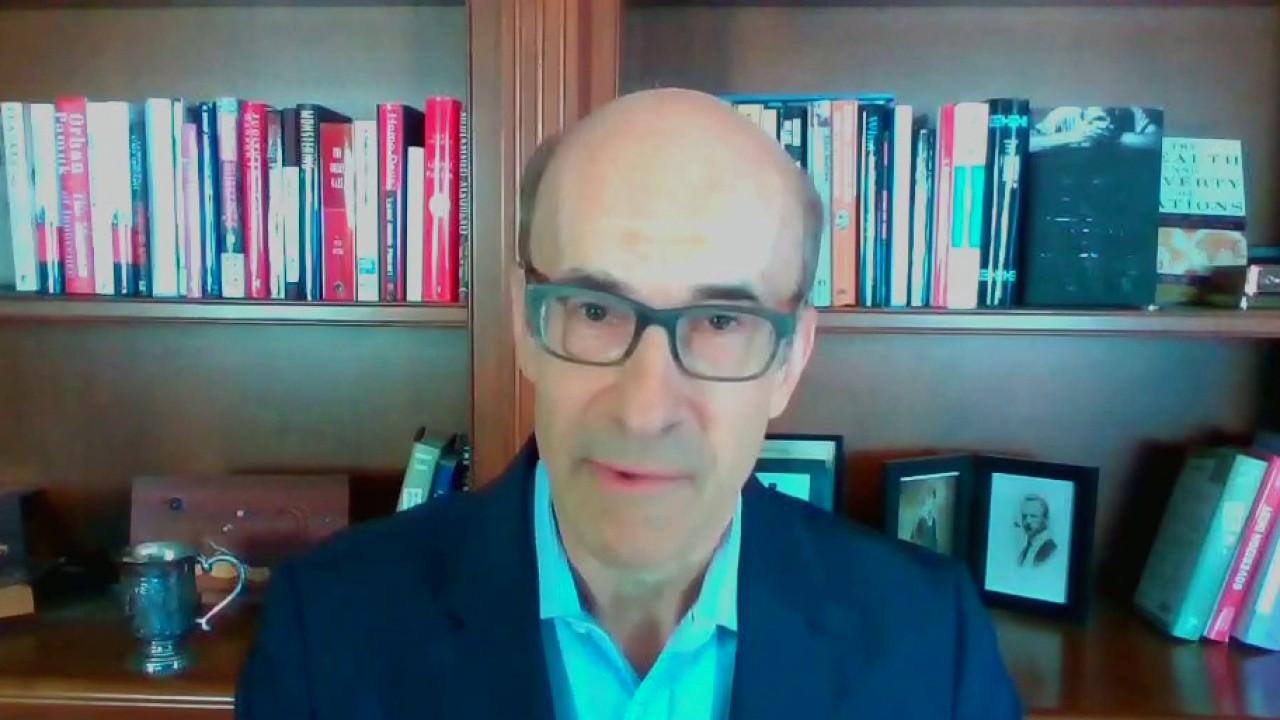 Harvard University economics professor Kenneth Rogoff argues the U.S. is still in the teeth of the coronavirus pandemic and recession and would like to see more evidence of a V-shaped recovery before thinking about slowing down the stimulus.

A Republican senator is pushing to include a measure in the next coronavirus relief package that would alleviate financial strains on parents.

Sen. Bill Cassidy, R-La., said he plans to repackage a paid family leave proposal that would allow parents to receive an advance of $5,000 from their Child Tax Credit when they gave birth or adopted a child. The five-year pilot program is intended to help with the cost of daycare and other expenses, as well as replace wages for parents who take a leave of absence from their jobs.

Under the Advance Support for Working Families Act, first introduced in December 2019 by Cassidy and Sen. Kyrsten Sinema, D-Ariz., parents could receive $5,000 in the first year in exchange for reducing the annual Child Tax Credit by $500 per year for the next 10 years.

Families are normally entitled up to $2,000 annually in refundable tax credits per each child. That would change to $1,500 a child if they chose to participate in the pilot program.

Although the original proposal stalled — the outbreak of the virus disrupted priorities on Capitol Hill – Cassidy is looking to garner enough support to include it in the federal government's fourth coronavirus aid package.

WHITE HOUSE MULLS MORE VIRUS RELIEF: HERE'S WHAT IT COULD INCLUDE

“One thing that I’ve been hearing from moms is that they’re having to stay at home, and some of them have had a problem with employment, and so I actually think this would be an appropriate part of a COVID [bill], just recognizing that young families, in particular, can be particularly stressed right now,” Cassidy told McClatchy DC.

Negotiations between Congress and the Trump administration on another round of virus-related stimulus are set to intensify next week once Senate lawmakers return to Washington from their two-week Fourth of July break.

Ivanka Trump, a senior adviser to the president who has played a key role in paid family leave, said the White House supports the legislation.

“We continue to work closely with bipartisan Members of Congress to provide all working Americans with paid leave,” she told McClatchy. “As Sens. Cassidy and Sinema continue to build coalitions of support and advance bipartisan solutions, we will continue to support such efforts so that no American family has to make a choice between work and caring for one another.”

Congress has already approved three massive stimulus packages totaling nearly $3 trillion to offset the economic pain triggered by the outbreak of the virus and subsequent lockdown. That includes the $2.2 trillion CARES Act signed into law at the end of March, which sent one-time payments of up to $1,200 to Americans; established the Paycheck Protection Program and expanded unemployment benefits by $600 per week through the end of July.

It's unclear what specific measures will be included in the fourth relief bill. Some measures that are on the table include a second, more-limited stimulus check; a payroll tax cut, extended (but smaller) unemployment benefits and liability protections for businesses.

The White House wants to limit the cost of the fourth coronavirus relief package at $1 trillion or less in order to maintain pivotal support from conservative Republicans who are starting to balk at the unprecedented debt and spending levels.