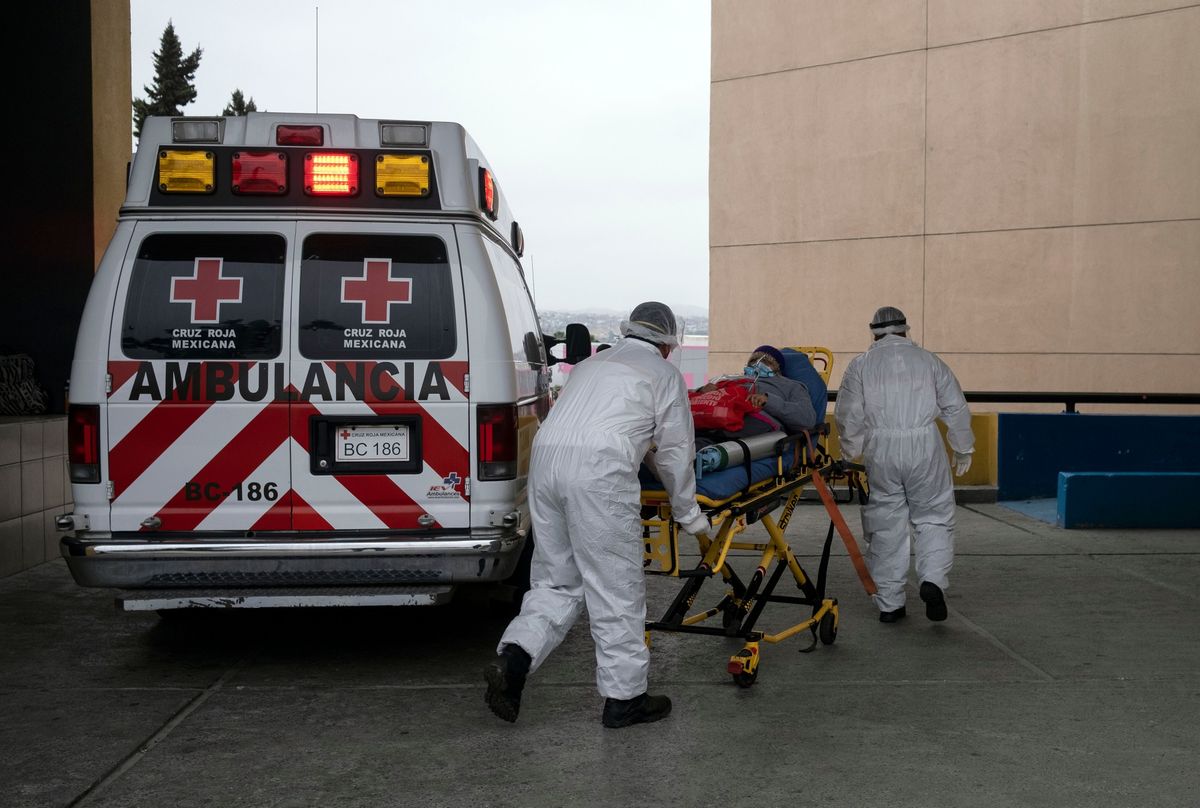 Half the Covid-19 patients who go to the hospital in Mexico’s border state of Baja California die, an alarming rate that experts attribute to people waiting too long to seek admission because they fear the poor conditions of hospitals.

“They see hospitals as places where they’ll get sicker, not better,” said Jonathan Prieto, who was part of a Doctors Without Borders’ response team in Baja.

The 49% death rate is the highest in Mexico, an analysis of government data shows. The state of Guerrero isn’t far behind at 47%. Countrywide, the average is 36%.

Most countries don’t have comparable data. In April, at the height of the pandemic in New York City, two of its hospitals found that 39% of those admitted with the virus died, according to a study published in The Lancet.

In the best of times, public hospitals in Mexico lack basic equipment, medication and personnel, and that has caused many to stay away as long as possible. Prieto said he was pleasantly surprised that basic supplies have been generally available in both Baja California and Guerrero.

The data also show that Baja California, which is home to Tijuana, San Diego’s sister city, has the country’s second-highest mortality rate per 100,000 people.

Mexico had 338,913 cases and 38,888 deaths as of Saturday. It has the fourth-deadliest outbreak behind the U.S., Brazil and the U.K. Given the country’s low testing rates, it’s likely the real number of total infections is substantially higher.

The government, like many around the world, has offered mixed messages to those feeling ill. In the pandemic’s early days, President Andres Manuel Lopez Obrador said people should stay home and only go to hospitals in an emergency. Later on, Deputy Health Minister Hugo Lopez Gatell called on anyone showing symptoms to seek care.

“Most patients who are admitted already have respiratory insufficiency,” said Yanet Cortes, a nurse at Hospital Juarez in Mexico City. And if patients require a ventilator, it’s not always guaranteed that the person operating it will know how to use it because many hospital workers are new hires, Prieto said.

In Guerrero State, Prieto estimates some hospitals lost as much as 40% of their staff in the early days. Some left because they were in risk groups, others got sick and haven’t come back, Prieto said. The same thing happened in Baja California and, although the government put in place aggressive hiring programs to offset the losses, many of the newly hired are recent graduates with little experience.

Across the country, most patients who die in hospitals never even reach intensive care units, government data show. On a national level, 88% of in-patients who die do so in general beds and only 12% in ICUs.

“It’s better not to transfer a patient into the ICU when there’s no hope for them,” Cortes said.

One fan of home remedies is Interior Minister and former Supreme Court Justice Olga Sanchez Cordero, who in June said she didn’t need to use a mask because she was using drops of “citric nanomolecules” that protected her.

“They’re wonderful products,” she said in a radio interview, adding that she had given them to her collaborators and to the governors of Queretaro, Hidalgo and Tabasco, the latter two of whom tested positive for the coronavirus in March.

“We have to reduce fear, that’s our number one priority,” he said.

— With assistance by Catherine Leffert