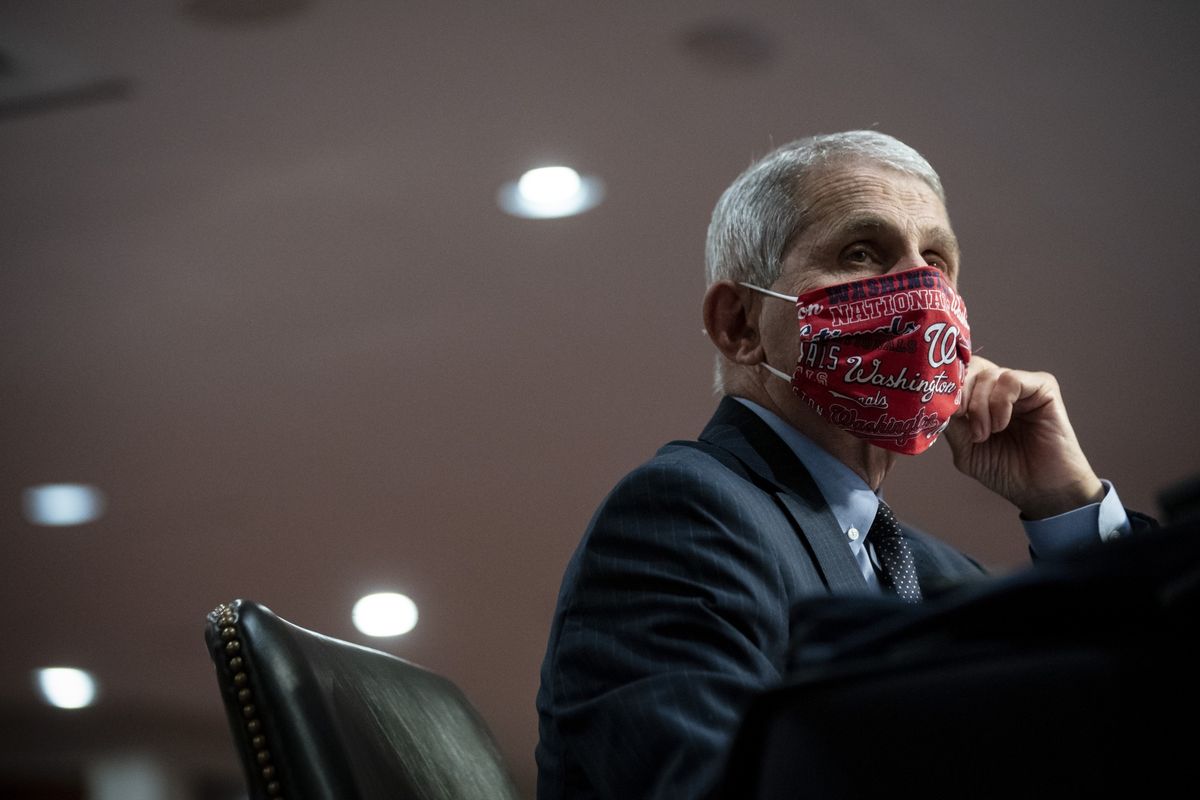 President Donald Trump said Anthony Fauci, the U.S. government’s top infectious-disease expert, is a “little bit of an alarmist” but that the two men have a “great relationship.”

Trump made the comments in a lengthy interview on “Fox News Sunday” after members of his administration have criticized Fauci, listing what they said were errors made by the longtime head of the National Institute of Allergy and Infectious Diseases early in the pandemic and in one instance penning a scathing op-ed about Fauci for USA Today.

Fauci was once a ubiquitous figure in daily White House coronavirus task force briefings with reporters, but hasn’t spoken publicly at the White House since late April. Fauci has regularly been more candid in warning of the virus’s risks, and the dangers of a hasty reopening, than Trump himself and other administration officials.

As coronavirus cases have spiked in the U.S. in recent weeks, public opinion has increasingly turned against Trump. Democrat Joe Biden has opened a growing lead in polls ahead of the November election. There have been more than 3.7 million cases in the U.S. and over 140,000 deaths.

Also in the interview, Trump reiterated his assertion that the number of U.S. cases is rising because of increased testing — even though public health officials have said many of the cases are the result of increased spread in communities around the country and that there’s insufficient testing.

The president also said he’d heard the U.S. has the “best mortality rate” related to the virus. He provided White House data that undercut his argument, showing the U.S. rate isn’t the lowest. His data also didn’t include some countries with lower mortality rates.

“We are the envy of the world,” Trump said about testing.

Public health officials have said that, due to a shortage of test materials, it’s taking too long to get results, making it hard to quickly identify people who’ve come in contact with those who are infected.

Moreover, the Trump administration is balking at $25 billion in new funding favored by Republican lawmakers in the next relief bill to help states with coronavirus testing and contact tracing, said a person familiar with the talks.

Also opposed is a plan to allocate billions of additional dollars for the Centers for Disease Control and Prevention, and extra funding for the Pentagon and State Department to address the pandemic around the world, said the person, who wasn’t authorized to speak publicly.

Trump also said in the interview that he supports wearing masks but disagrees with his administration’s public health experts who have said that if everyone wore masks for about a month, the disease be brought under control. Trump’s surgeon general, Jerome Adams, has implored Americans to wear masks even though the president has resisted wearing one.

“I don’t agree with the statement that if everybody wear a mask everything disappears,” Trump said.

Trump has been seeking to create an image of normalcy as he tries to persuade voters to re-elect him, calling on schools and business to reopen. Some states have stopped or reversed plans to restar their economies after stay-at-home orders as cases have surged.

Last week, Fauci said many states reopened too quickly and called for “a time out.”