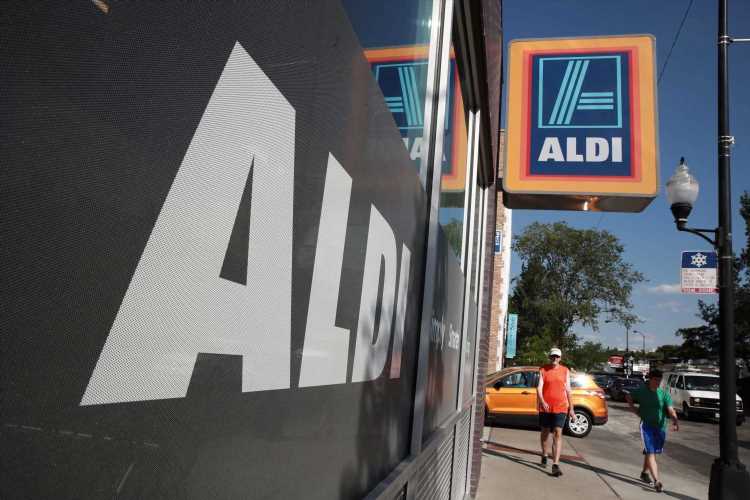 Discount grocer Aldi said Tuesday that it will open more than 70 stores by the end of the year, with hopes of attracting new customers and wooing some away from grocery rivals, including Walmart and Kroger.

The expansion plans will bring stores to the greater Phoenix area for the first time, according to a news release. It will add more stores to states including New York, Texas, Kansas and California. The company will open a new regional headquarters and distribution center in Loxley, Alabama in 2021 to support growth along the Gulf Coast in southern Alabama, Louisiana and the Florida Panhandle.

Aldi U.S. is part of a privately held German company, Aldi Sud, which opened its first U.S. stores in 1976. It caters to value-conscious customers with private label brands that cost less and penny-pinching business strategies, such as requiring customers make deposits to get shopping carts to eliminate the need for employees that round them up. Stores have a smaller footprint and a more limited variety of items, which drives down costs, too.

Even before the pandemic, Aldi U.S. had big ambitions. It is in the middle of a five-year plan to become the third-largest grocer in the country, after Walmart and Kroger, by 2022 with 2,500 stores. To do that, the company said it would invest $5.3 billion to build hundreds of new stores, remodel older locations and add to its food assortment.

Aldi U.S. CEO Jason Hart said in a news release that the company has made progress. So far, it has 2,000 stores across 36 states — not including the newly announced stores. It accelerated curbside grocery pickup and plans to have it at nearly 600 stores by end of July. And it's increased fresh food selection by 40% with more produce, prepared foods, meats and organic items.

Walmart has more than 5,000 stores across all 50 states, including its membership-basedSam's Club. Kroger has nearly 2,800 stores across 35 states and Washington, D.C., but some are under other banners like Fred Meyer and Fry's.

With the pandemic, Aldi has other factors that could work in its favor: Americans are spending more on groceries than usual, and they're looking for deals because of rising prices, high unemployment and economic uncertainty.

Grocery spending is up about 10% at grocers and big-box stores, as of the week ended July 12 compared with the same period a year ago, according market research firm IRI. At value chains, such as Aldi and Dollar General, it's even higher — closer to 15% to 20% year over year, according to the firm's analysis.

The cost of food rose for the sixth straight month in June, according to the Labor Department. In April, the prices Americans paid for groceries jumped by 2.6%, the largest one-month jump in nearly 50 years.

Hart said in a statement that Aldi remains committed to offering value and has even lowered some prices as other grocers have raised them.

"This pandemic has reinforced how much consumers rely on us for their grocery needs, and we're pleased to be able to support communities across the country with the lowest possible prices," he said.