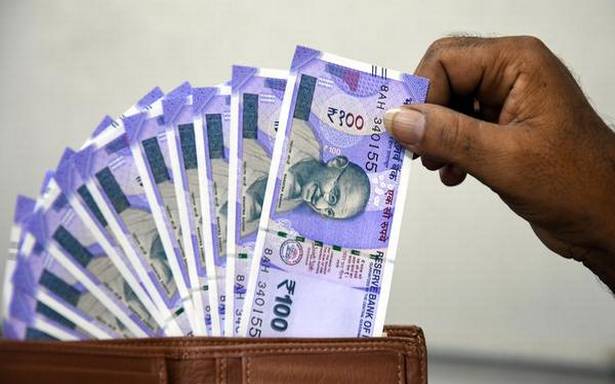 Forex traders said the uptick in the rupee was supported by weak greenback, but rising tensions between the U.S. and China could limit the gains for the domestic unit.

The rupee appreciated 11 paise to 74.64 against the U.S. dollar in opening trade on Thursday supported by weak American currency and foreign fund inflows.

At the interbank forex market, the domestic unit opened on a strong note at 74.65, gained further ground and touched 74.64 against the U.S. dollar, registering a rise of 11 paise over its previous close.

It had settled at 74.75 against the U.S. dollar on Wednesday.

Forex traders said the uptick in the rupee was supported by weak greenback, but rising tensions between the U.S. and China could limit the gains for the domestic unit.

“Escalating tensions between the U.S. and China could keep appreciation bias limited,” Reliance Securities said in a research note adding that weaker Asian currencies could also weigh on sentiments for the local unit.

The United States has ordered China to close its consulate in Houston. Meanwhile, Beijing has denounced the order on Wednesday as “outrageous” and said it would draw a firm response if not reversed.

The dollar index, which gauges the greenback’s strength against a basket of six currencies, fell 0.08% to 94.91.

Foreign institutional investors were net buyers in the capital market as they purchased shares worth ₹1,665.57 crore on Wednesday, according to provisional exchange data.