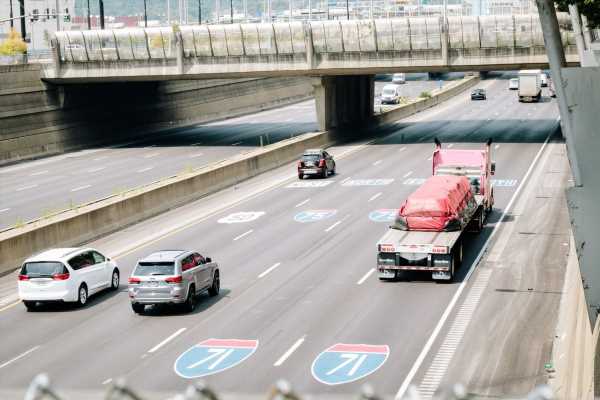 Municipal-bond investors are scouring for pockets of the $3.9 trillion market that are a haven from the coronavirus and its recession. Turns out toll roads may be a safe bet.

The nearly $140 billion of debt sold for U.S. toll roads would seem like an unlikely place to shelter from the crippling economic side effects of the pandemic. Cars have disappeared from roads and highways across the country as tens of millions of Americans work from home, have lost their jobs or are bunkered down to avoid infection.

But operators of toll roads were prepared by keeping large cash balances to help them withstand shocks like the pandemic. The Oklahoma Turnpike Authority, one of the largest toll operators by mileage, had more than 590 days of cash on hand at the end of 2019, a figure it had gradually increased following the Great Recession a decade ago, according to data compiled by Bloomberg.

“This is a sector that traditionally has held a lot of cash,” May said, adding that her firm favors large toll operators serving metro areas.

Moody’s Investors Service found that most of the publicly-owned toll roads it rates should be able to absorb a 30% revenue decline before debt service coverage ratios reach 1-times or below. Even then, the agencies’ existing cash would help them avoid tapping debt service reserve funds right away, the rating company said in April.

Commercial trucks have also helped blunt the impact of the pandemic on toll agencies’ finances as Americans turned more and more to online shopping to avoid potential infection from the coronavirus. The American Trucking Associations’ index of truck tonnage jumped 8.7% in June, the most for a month since 2013, according to a July 21 report. The trade group said the increase wasn’t enough to put trucking tonnage to pre-pandemic levels.

Wendy Smith, director of finance and revenue at the Oklahoma Turnpike Authority, said trucking activity has helped prop up the agency. Revenue from trucking customers dropped 11% in April but was down less than 1% for June.

“It really did start to come back,” Smith said.

Using a seven-day rolling average, the authority’s overall revenue is down between 5% and 8%, a level of decline that Smith said could last for the rest of the year. She said she expects the authority will be able to avoid fare hikes.

Additionally, this summer, as the economy reopens in some parts of the country, people using their cars to go on day trips or stay-cations rather than fly may also support the sector.

GW&K’s May said the firm has been looking for “greenshoots” during the downturn. They’re taking into consideration potential changes in people’s habits. “We have to look under the hood a bit more,” she said.

— With assistance by Sophia Sung, and Matthew Begley