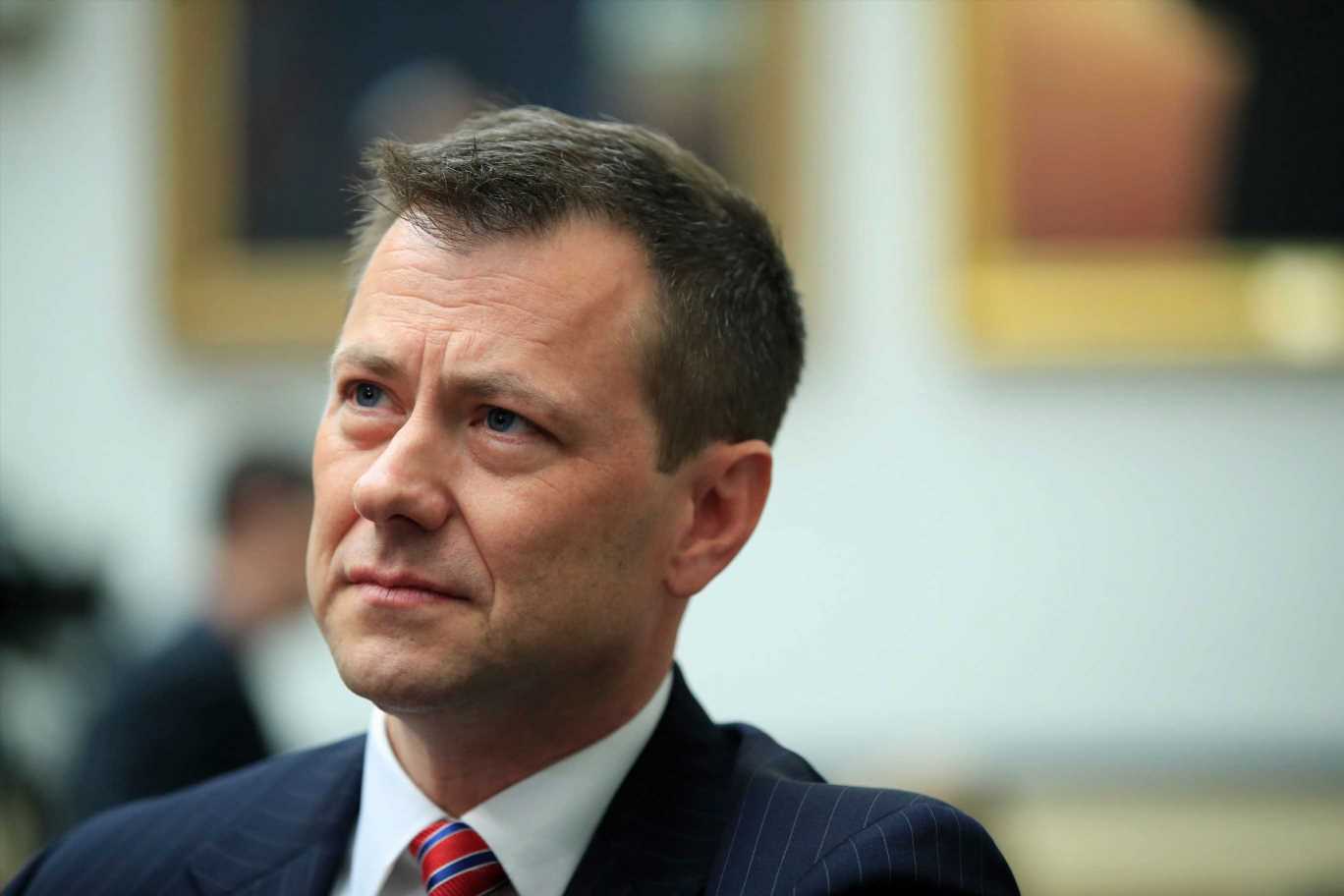 WASHINGTON (AP) — Former FBI counterintelligence agent Peter Strzok, who played a key role in the Russia investigation but whose pejorative text messages about Donald Trump during the 2016 campaign made him a target of the president’s wrath, is releasing a book on his concerns about the president.

“Compromised: Counterintelligence and the Threat of Donald J. Trump” is due out Sept. 8, publisher Houghton Mifflin Harcourt Books & Media said in a statement to The Associated Press.

The book will offer an insider’s view on some of the most sensational and politically freighted investigations in modern American history, including into whether the 2016 Trump campaign coordinated with Russia to sway the presidential election. Due out two months before the November election, the book adds to the list of first-person accounts from other senior FBI and Justice Department officials during the Trump era.

“Russia has long regarded the United States as its ‘Main Enemy,’ and I spent decades trying to protect our country from their efforts to weaken and undermine us,” Strzok said Tuesday in a statement accompanying the book announcement.

“In this book,” he added, “I use that background to explain how the elevation by President Trump and his collaborators of Trump’s own personal interests over the interests of the country allowed Putin to succeed beyond Stalin’s wildest dreams, and how the national security implications of Putin’s triumph will persist through our next election and beyond.”

As a senior counterintelligence agent with more than 20 years at the FBI, Strzok helped lead the investigation into whether Democratic presidential candidate Hillary Clinton mishandled classified information on the private email server she relied on as secretary of state. The FBI ultimately recommended against criminal charges.

He also played a pivotal role in the Russia investigation, including by interviewing former national security adviser Michael Flynn about his contacts with the Russian ambassador during the presidential transition period.

Strzok briefly served on special counsel Robert Mueller’s team but was removed from his role after the Justice Department inspector general flagged derogatory and pejorative text messages about Trump that Strzok sent and received during the 2016 campaign.

Once the texts were made public, Strzok became a regular Twitter target of the Republican president’s attacks, with Trump alleging that Strzok and others in the FBI had plotted against his campaign and had even committed treason — an accusation that Strzok’s lawyer rejected as “beyond reckless.” The text messages were exchanged with an FBI lawyer, Lisa Page, and Trump routinely refers to the two of them together as “the lovers.”

At a fiery, daylong congressional hearing in July 2018, Strzok insisted that he never allowed personal viewpoints to influence his work, though he did acknowledge being dismayed by Trump’s behavior during the campaign.

The text messages featured prominently in the inspector general investigations into the Clinton and Russia probes, but the watchdog office said it did not find evidence in either case that the actions that Strzok and other FBI officials took were motivated by political bias.

Strzok was fired from the FBI in August 2018, though he has since sued over the termination. He remains a frequent target of Trump’s scornful tweets. In a statement announcing the book, the publishing company said “the Trump administration used his private expression of political opinions to force him out.”

“But by that time,” the statement added, “Strzok had seen more than enough to convince him that the commander in chief had fallen under the sway of America’s adversary in the Kremlin.”

Though Mueller did not allege a criminal conspiracy between Moscow and the Trump campaign, the publisher said that in the book, Strzok “grapples with a question that should concern every U.S. citizen: When a president appears to favor personal and Russian interests over those of our nation, has he become a national security threat?”

Andrew Weissmann, a former Justice Department prosecutor who served on Mueller’s team, is due out with a book in September.