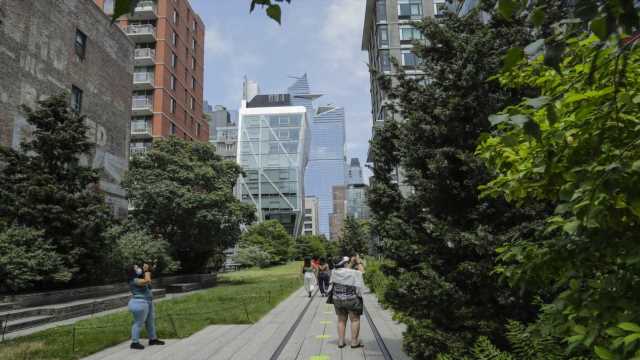 Tax collections in New York dropped precipitously in the second quarter, with a notable accelerated slide in the Big Apple, even as the number of confirmed coronavirus cases began to level off.

A report released by the state’s comptroller Thomas DiNapoli showed sales tax collections dropped more than 27 percent in the second quarter of 2020 – or $1.2 billion less than the comparable period last year.

While the report noted that many counties showed improvements in June, the data was dragged down by a continued drop in New York City.

“Collections are down markedly, especially in New York City, revealing the effect of the pandemic on consumer behavior,” DiNapoli said in a statement.

In New York City specifically, tax revenues dropped 23 percent in April, 32 percent in May and 46 percent in June. Not only was the major metropolitan area hit harder than other regions of the state by the virus, but businesses also remained closed for longer to protect workers and patrons.

Collections could have been worse if internet sales tax collections did not recently change in the state, according to the report.

Many state and local governments are facing coronavirus-related budget problems, which raises the prospect of tax hikes, and municipal job cuts.

Moody’s Analytics chief economist Mark Zandi said during a recent Economic Policy Institute teleconference that the collective budget shortfall among state and local governments could approach $500 billion by the middle of of the 2022 fiscal year, which could cause another 3 million jobs to be lost during the coming 12 to 18 months.

About 1 million municipal employees have already been laid off, a pace that Zandi described as “aggressive.”

In May, DiNapoli said the economic devastation facing New York had not been seen since the Great Depression.