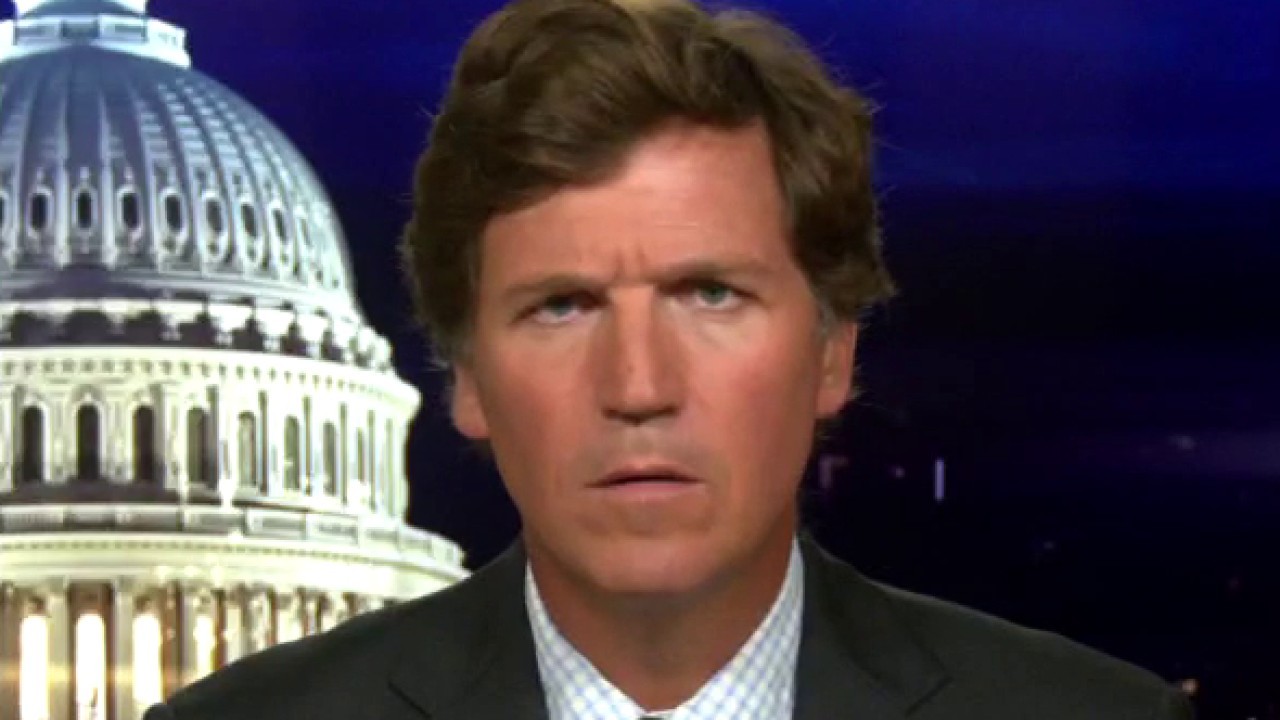 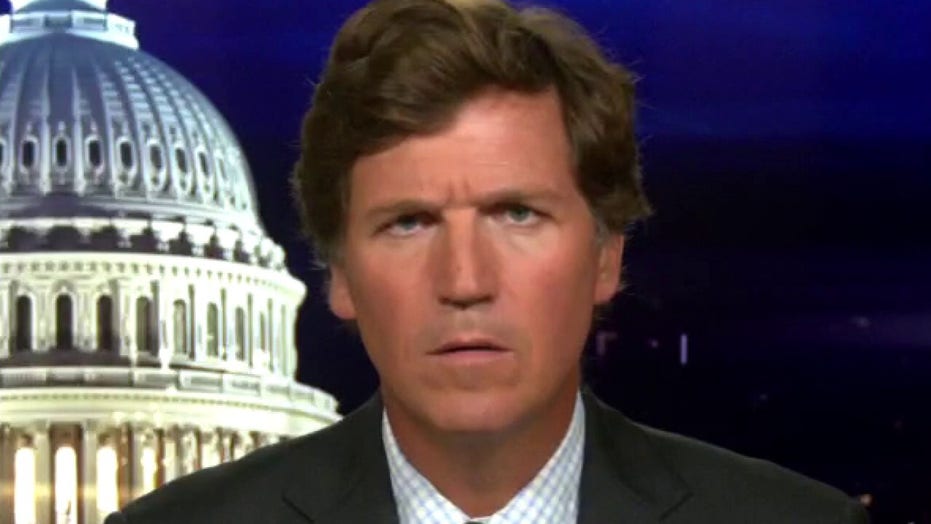 Social media giants pulled the video of doctors in lab coats talking about coronavirus research and they hid it from the public.

So much going on right now in the news. New developments from every direction, much of it seems unrelated. A lot of it's shocking. Here's the way to understand it.

In an election year, everything significant that happens is about the election. So all of these developments are in fact related, and here's the core question in every election. Who is up and who is down?

As of tonight, the president is down double digits in the polls and there's not much question about why that is. Americans are miserable. They're stuck at home. They are fearful. Millions of them don't have jobs.

The percentage of Americans who believe our country is headed in the right direction has dropped off a cliff since this spring. Not coincidentally, that's when a strange new virus from China began to spread among our population.

The rise of COVID-19 in the United States tracks almost precisely the decline of Donald Trump's approval numbers and the political lesson from this is clear. The more damage the Wuhan coronavirus does to America, the harder it is for the President to get reelected.

That's not speculation. It is the most certain fact in American politics. Every Democratic officeholder understands that. If the population remains terrified, Democrats will have more power in January.

So the Democratic Party has every incentive to keep Americans afraid and off balance. For the next 97 days, they plan to do that. That is their entire campaign strategy. It's the only thing they're running on.

Yesterday, the news site Breitbart posted a video of a group of physicians giving a press conference about medical advances in the fight against COVID-19. Some of the news that doctors delivered was hopeful because there is hopeful news to report.

Seventeen million people saw that video, the president retweeted it. This enraged Democrats.

Any scientific advancement that reduces the suffering of Americans in an election year is a threat to Joe Biden's campaign. So they decided to pull that video off the internet.

Fifteen years ago, that would have been absurd. You couldn't have done it. This was America. You weren't allowed to ban a news story just because it might hurt your candidate's poll numbers.

In any case, it was impossible. There were too many news outlets. No one could control them all. That has changed.

While the rest of us were sleeping, or in the case of so many of our senators, taking payoffs from Google, a tiny number of left-wing corporations took virtually complete control of all news and information in this country.

Now, if Democrats want to erase a politically inconvenient news story fewer than a hundred days before an election, they can do that, and they did do it. Big Tech censored science.

They pulled the video of doctors in lab coats talking about coronavirus research, and they hit that video from the public. It's exactly what the Chinese government so often does, except when Silicon Valley erases your freedoms, they lecture you as they do it.

They've got all the ruthlessness of Chinese authoritarians, but with double the self-righteousness. It's the American version.

Thankfully, none of this applies to us at Fox News. We happen to work for one of the very few mass media companies left in America that is not controlled by Google or Facebook. We can report the news honestly. Big Tech can't censor us, at least not right now.

You're not allowed to watch these physicians on YouTube tonight, but we can show them to you here, and we're going to. Here's Dr. Bob Hamilton.

DR. BOB HAMILTON:  I think that is important that all of us who are here today realize that our kids are not really the ones who are driving the infection, it is being driven by older individuals.

Children are not meaningful vectors for the coronavirus. Worldwide, there is not a single recorded case of a student infecting a teacher with the virus, not one case, and that's why so many nations around the world are reopening their schools this fall, but we're not.

We've got a presidential election in November. Children must suffer so that Joe Biden can win that election. That is the imperative, the political imperative driving our so-called health policy, but you're not allowed to know that. So they pulled the video telling you that.

CARLSON: Dr. Immanuel's claim is harder for us to endorse. Is hydroxychloroquine part of a cure for the coronavirus? We don't know the answer.

We do know that many frontline physicians around the world have prescribed hydroxychloroquine and continue to prescribe it. We've interviewed some of them on the show. The drug appears to show promise in treating some early-stage patients. That's good news.

The science on hydroxychloroquine is not settled either way. Science rarely is settled. That's why it's science and not, for example, radical feminist theory.

Science is constantly evolving as we test and retest our assumptions against observed reality. That's the whole point of science.

IMMANUEL: My message to Dr. Anthony Fauci is, when was the last time you put a stethoscope on a patient? That when you start seeing patients like we see on a daily basis, you will understand the frustration that we feel. You need to start feeling for American people like we, the frontline doctors feel.

You need to start realizing that. They are listening to you and if they are going to listen to you, you've got to give them a message of hope.

CARLSON: Oh, that clip enraged them. Because above all, you must never mock the sainted Anthony Fauci. Under no circumstances can you note that Dr. Fauci is, in fact, very often a hypocritical buffoon who refuses to admit what he clearly doesn't know.

If you say that out loud, they will cancel you. Fauci is too useful to the Biden campaign. So until November, Fauci's word must be law, even when it doesn't make sense. Criticize Fauci and you will disappear from the internet.

And so Dr. Immanuel disappeared from the internet. And then Google's countless toadies online did the cleanup work, the ugly stuff.

"The Daily Beast" attacked Dr. Immanuel for the crime of getting her medical degree in Africa and then suggested she believed in witchcraft because you know, Africans do that, right?

So by the way, with the think tank libertarians, including some still posing as conservatives, people you read, people who work for places you probably have sent money to. You saw them on Twitter today, hopefully reminding you that this variety of censorship isn't really censorship because the government isn't doing it.

The authorities responsible for containing this pandemic clearly have failed. We know that. Some of them are decent people. They're trying their best.

But despite their efforts, they've frequently been wrong. We know that because it's on tape.

So what we desperately need now, as we always do in crisis, and especially in a crisis that can be solved by science is more voices in the conversation, not fewer. Want proof? Here's the Surgeon General, remember when he told us this?

DR. JEROME ADAMS, U.S. SURGEON GENERAL:  What the World Health Organization and the CDC have reaffirmed in the last few days is that they do not recommend the general public wear mask. Wearing a mask improperly can actually increase your risk of getting disease.

CARLSON:  Oh, so masks are dangerous, right? That wasn't very long ago. Now masks are mandatory, and the cops will nab you if you're not wearing one.

What does this tell us? It tells us what we already knew, if we were honest, which is that scientific consensus changes. That's the point.

As we learn more, our conclusions change. Legitimate scientists understand that. That's called the scientific method. Big Tech companies don't care one way or the other because their goal is not the truth. Their goal is to control the outcome of an election. It's not to protect public health.

This isn't about public health, and it's not about science. It never was. It's about power. And no one in the history of the world has ever had more power than Google and Facebook have right now.

So we should have seen this coming. People with power abuse that power and people who have absolute power abuse it absolutely, as we learned.