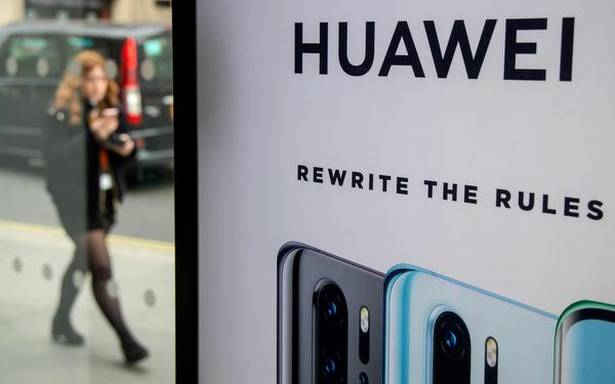 The Chinese company has felt the heat of U.S. sanctions that have disrupted its business overseas, but the latest numbers show its rising dominance in its home market.

China’s Huawei Technologies snatched the title of biggest smartphone seller from Samsung Electronics in the second quarter, underscoring the resilience of the China market even as global demand for phones plunged amid the pandemic.

The Chinese company has felt the heat of U.S. sanctions that have disrupted its business overseas, but the latest numbers show its rising dominance in its home market.

Huawei now sells nearly two-thirds of its handsets in China, which took an early hit from the coronavirus pandemic but has since reclaimed ground as new cases have dwindled. Smartphone makers dominant in other countries are still struggling as new virus cases continue to rise.

Huawei’s sales fell 5% from the same quarter a year earlier, while South Korea’s Samsung posted a 30% drop due to weak demand in key markets including Brazil, the United States and Europe.

“Our business has demonstrated exceptional resilience in these difficult times,” a Huawei spokesman said.

The company’s stint as top seller may prove short-lived once other markets recover, a senior Huawei employee with knowledge of the matter told Reuters.

Samsung said on Thursday it expects smartphone demand to pick up in the second half of the year.

The United States has effectively blocked Huawei from using Google’s services, damaging the attractiveness of the Chinese company’s phones abroad, and limited its access to chips crucial for 5G networking.

S&P Global Ratings said in a report on Wednesday the latest restrictions on Huawei could wipe out $25 billion in revenue from several Asia-based firms. Huawei has yet to publicly address the impact these curbs will have on its operations.

It remains unclear how much of Huawei’s second-quarter sales were driven by its 5G smartphones and high-end models that are most vulnerable to the restrictions, said Nicole Peng, vice president of Mobility at Canalys.