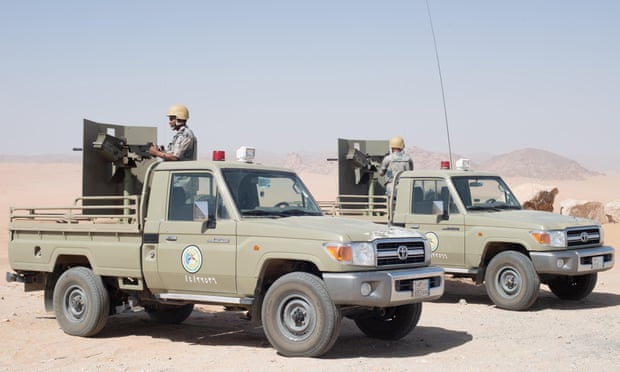 The Serious Fraud Office (SFO) is prosecuting a UK subsidiary of Europe’s largest aerospace multinational, Airbus, along with three men over alleged corruption in an arms deal with Saudi Arabia.

The SFO announced it had brought charges against GPT Special Project Management, on Thursday.

The decision comes after an investigation which was started in August 2012 after complaints from a former GPT employee, Ian Foxley. The prosecution relates to alleged corruption in the awarding of contracts carried out for Saudi Arabia’s national guard.

The UK attorney general is required to approve prosecutions under the 1906 Prevention of Corruption Act and the SFO had asked the department’s approval for this prosecution more than two years ago.

The SFO said Jeffrey Cook, GPT’s former managing director, had been charged with corruption between January 2007 and December 2012 in relation to the contracts for Saudi Arabia’s national guard.

The watchdog had also charged John Mason, the financial officer and part-owner of Simec and Duranton, with the same offence. The two foreign-registered firms were subcontractors to GPT, which has also been charged with one count of corruption under the 1906 Prevention of Corruption Act.

The SFO said that Cook had also been charged with misconduct in public office between September 2004 and November 2008 when he was employed by the Ministry of Defence. The charge related to commission paid to Cook on contracts he placed with a firm, ME Consultants Ltd, while he worked for the MoD. Another man, Terence Dorothy, has been charged with aiding and abetting that offence.

GPT and the three men are due to appear at Westminster magistrates’ court in London on 14 September.

Airbus shut down GPT last year. For years, it had operated with only one contract – a £2bn contract from the MoD to provide communications and electronic warfare equipment to the Saudi national guard. That contract was run under an official agreement between Britain and the Saudi government and payments needed to be approved by the UK MoD.

In a statement, Airbus said: “GPT is a UK company that operated in Saudi Arabia which was acquired by Airbus in 2007 and ceased operations in April 2020. The SFO’s investigation related to contractual arrangements originating prior to GPT’s acquisition and continuing thereafter.”

It added that the outcome of the prosecution would not affect the settlement it reached this year with prosecutors in the UK and other countries in which it paid a record £3bn in penalties over corruption allegations.

Susan Hawley, director of the campaign group, Spotlight on Corruption, said: “This is a highly welcome announcement and is testament to doggedness of staff at the Serious Fraud Office who have pushed this forward despite political dilly-dallying that has delayed this case for over two years.”